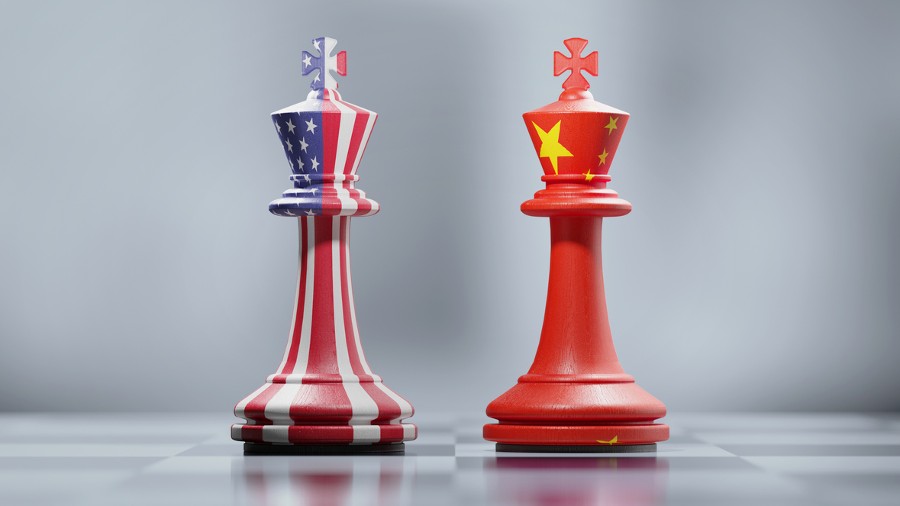 You probably now recognize that Sino-American relations are the most important and among the most dangerous in the world. For the past several months, as a China scholar, I have described the situation as I see it, including facts overlooked in the Chinese media, mainstream Western media, and the conservative press.

I have argued that America and China badly misunderstand one another, like two parties speaking different languages over a breakfast table while waiting for the bus. China is not about to collapse, as some Americans have been prophesying for decades, but is growing stronger by the day. In the abstract, Chinese power need not be a bad thing: the nation contributed much to world civilization in past centuries. It remains a fascinating and beautiful land, for which I feel great affection.

The CCP Lies to Its Own People

But the Chinese Communist Party (CCP) lies about history to manipulate the Chinese people, especially by misleading appeals to patriotism, which I called “Comrade Xi’s secret weapon.” And no, the communists did not build that.

China would have been richer, sooner, if Mao had stayed on his father’s farm in Hunan and planted rice sprouts instead of broadcasting revolutionary tracts in Changsha. His attack on American troops in 1950, which a Chinese blockbuster recently celebrated, was no heroic defense of the Korean people, but brought death to a million Koreans and agony, poverty, and cruel tyranny to tens of millions.

I have also argued that China owes a great deal to America. Xi Jinping violates the core Chinese value of gratitude by forgetting all the United States has done to help it, at least since December 17, 1880, when Mark Twain and Pastor Joseph Twitchell went to talk with Ulysses S. Grant about educating Chinese youth. China might still be under imperial Japanese rulership, were it not for American troops like my great-uncle fighting in Asia six decades later. And followers of Jesus Christ from abroad have been the best foreign friends China ever had.

But the regime in Beijing has grown proud and reckless, both towards its own people and towards the world. Xi Jinping may see himself as the heir of China’s founding sages, but he is acting like Japanese villains in Chinese war films. He’s committing a form of genocide in southern Xinjiang, spying on his people, and teaching Chinese to worship the state, the god-emperor or “Tenno Heika,” as Japanese imperialists called the human idol they worshipped.

Xi’s persecution of Christians, Muslims, and Tibetan Buddhists is also reminiscent of the Cultural Revolution, when his own father was persecuted. (Xi Zhongxun would be responsible for the policies that turned dirt-poor Guangdong Province into the economic engine that transformed China – with help from outside investors, another instance of the son’s ingratitude.)

So what can America do, besides reminding Chinese of this history and these dangers, if Xi Jinping and his cronies continue down their path of ruthless self-idolization?

America no longer has the power to force the CCP to behave. China now has eight times the GDP of all the nations of the former Soviet Union combined. And that continues to increase.

Three Things America Can Do at Home

It’s not as though we can do nothing, however. Let me close this series by offering six positive suggestions.

(1) America should begin by getting its financial and geographical house in order. Aside from throwing bags of money out of airplanes to bribe supporters, Joe Biden has left the southern border open to millions of strangers, bringing the devil knows what drugs, slaves, bombs, or diseases with them.

China built a Great Wall because even tyrants know that a government’s first responsibility is to protect its people. We owe $30 trillion in debt. Inflation is heating up. We must begin by protecting our own currency and borders, and cleaning up our cities

(2) We also need to defeat the New Racism on the Left. Otherwise we’re on track to repeating the Cultural Revolution that once destroyed China on our college and corporate campuses. And then who will we be, to tell anyone else how to behave? Those ideas tore China apart, and will do the same to us, if we let them.

The Democratic Party has become the party of racism, which means we must defeat it soundly this fall. It might even sting that party back to some semblance of moderation. We must not be distracted by internal struggles among Republicans.

We also need to purge from our own minds any temptation to speak of our foes as “liberal Whites,” a trap even many conservatives are falling into. Our struggle is not against flesh and blood, but against lies and the spiritual forces behind them, regardless of anyone’s skin color.

(3) The CCP, atheist to the core, has purged the theism which was central to traditional Chinese faith. To oppose it, we need to draw upon the Christian roots of western society. As in our struggle against Soviet communism, we can best defeat the anti-Christ by embracing Christ. Our struggle will then not be just a confrontation of Great Powers, like Samuel Huntington’s Clash of Civilizations. Nor will we seem simply jealous of a rising new power. We will oppose Beijing from principles that should appeal to the deepest principles of the Chinese as well, with integrity.

Three Things America Can Do Internationally

Having done that internally, what can we do internationally?

(4) We must recognize that China can no longer be kept from gaining power in proportion to its huge population. If the CCP acts less belligerently, then fine. If it continues to bully other nations, alliances will naturally form in opposition.

We cannot rely on old NATO friends. The UK, France, Germany and Italy are the size of Chinese provinces, far away, and disunited. Taiwan, Japan, Australia, and Vietnam are closer, and they understand the threat. China now seems to be pushing Indonesia into opposition as well.

We should help these countries, even though they are probably too vulnerable to play much more than defensive and local roles. South Korea may even seek neutrality, if North Korean or Chinese belligerence do not push it too much.

Power attracts. Even Hitler found allies. As China strengthens and Biden keeps announcing American weakness, as in his feckless acts in Afghanistan, don’t be surprised when some countries place their bets on the rising dragon. Pakistan, for one.

(5) Only India has the population and the potential to check China. At present, India has one fifth to one sixth of China’s income. India also faces internal problems, including the bullying of its own Christian (and Muslim) minorities by the dominant Hindutva movement.

But China managed to alienate its huge neighbor when military units of the two nations fought hand-to-fist skirmishes in the Himalayas in 2020. COVID-19 didn’t help. Natural rivalries are bound to increase, especially as China supports Pakistan, India’s bitter foe.

America needs to do what it can to help India rise economically and then militarily, so that its opposing power on its southern front will hold the attention of minds in Beijing, for the peace. Hopefully our friendship will also encourage India’s Prime Minister Narendra Modi and his allies recognize Indian Christians as the patriots that they are, and Jesus as the truest friend of each nation.

With Chinese propaganda whipping up murderous sentiments like that, America needs leaders, who like good quarterbacks, “see the field,” evade rushes, and find the open allies. We need leaders like Churchill, Lincoln, or Ronald Reagan. Men and women who understand our nation’s founding principles, yet also speak to the majority of Chinese, who desire peace. Stable-minded statesmen who can forge new alliances in a dangerous and changing world.

Or as Teddy Roosevelt, another friend of China, once put it, leaders who know how to “Speak softly, and carry a big stick.”