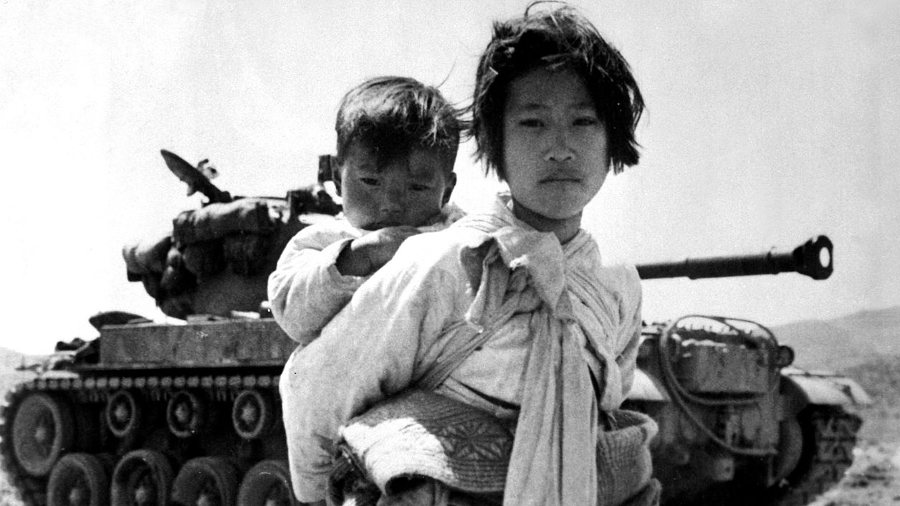 The world’s biggest blockbuster this year was not Dune, but a Chinese film about an epic clash of powers on this planet, Korea to be specific, called The Battle at Lake Changjin. Xi Jinping and the People’s Liberation Army (PLA) provided 70,000 soldiers for the film depicting a battle during the early weeks of the Korean War, in 1950.

The question is, why, in 2021, would China’s top brass choose to revisit a battle fought against American troops two generations ago?

The film, which has grossed almost $1 billion, depicts a bloody struggle in what Chinese call the war to “Aid Korea, Oppose America.” The historical facts are dramatic enough. Crack troops from the PLA were rushed south by Chairman Mao without adequate clothing, then a vicious cold front descended. Both sides fought ferociously. Casualties from battle and ice ran into the tens of thousands. Chinese forces managed to drive better-equipped but badly outnumbered UN troops out from the north, but did not succeed in destroying those units as they’d intended.

No Freedom in This Film

The question has at least two answers. Xi Jinping wishes his people to see America as a jealous enemy, for reasons I have explained earlier. And he is considering a possible remake of that war in Taiwan. This is why the government invested heavily in the film, and is supporting it in other ways. A muck-raking reporter named Luo Changping responded to the film by publicly questioning whether that war had really been such a good idea, implying that PLA warriors who froze during the campaign were “fools.” For this he was arrested.

The Chinese people have seen this film before.

This was in accord with a law passed in 2018, with prosecutorial teeth added in 2020, criminalizing criticism of Chinese “heroes.” In the press, Luo was called “ungrateful” for dismissing the sacrifice of his compatriots. Were it not for those brave troops fending off the Yanks, one writer asked, how could you enjoy your comfortable life in China today?

That detail about mocking fallen soldiers gave today’s CCP an excuse to fog over the real question: Who was responsible for their deaths? Douglas MacArthur? Kim Il Sung? Or the Chinese communist leader Mao Zedong? Patriotism is Xi Jinping’s secret weapon. The PLA men no doubt thought they were supporting their neighbors against evil imperialists. For them, the war to “Aid Korea, Oppose America” continued the fight against the Japanese invaders and the civil war against the now-demonized Nationalists. (Whom the U.S. had supported.)

South Koreans naturally ask, “With ‘help’ like that, who needed Genghis Khan?” UN forces had reunited Korea by 1950, fending off communist troops led by the cruel Kim Il Sung. The war seemed to be drawing to a close. Then a hundred thousand troops poured down from Manchuria, and Korea remained a battleground for almost another three years, costing a million or so more Korean lives. The nation has now been divided for 70 years and counting. As recently as the late 1990s, a hundred thousand more died of starvation in the north, while Kim’s son and then grandson (“Fatty Kim” as the Chinese call him) tortured, terrorized, and kept their people physically and mentally stunted.

No Doubt Which Side Was Right

My uncle fought on the UN side. Visiting the beautiful land of South Korea, I have no doubt which side was right. And my Chinese friends should know that too.

I lived in Shandong Province, the part of China that juts out towards Korea. By far the most popular international destination from our airport was Seoul. I traveled that way myself sometimes, and found buses in the Seoul airport packed with Chinese tourists, come to shop, enjoy Korean food, and see the sights. Who ever went to North Korea for fun? Flights were few. If you lived near the North Korean border, you might meet refugees from time to time, crossing rivers at risk to their necks to escape their homeland.

No doubt Chinese soldiers sent to “Resist America, Help Korea” thought they were acting nobly. But look at a map of the peninsula at night! A literal Dark Ages has descended on your patron state, my Chinese friends. North Korea is a miserable land, run by a gangster-like junta, where lights go off at night on hungry children. Your government doesn’t want you to ask the obvious question: who really helped Korea? Or China?

Frankly, China was not in much better shape when I first visited in 1984. The lingering effects of hard-core socialist rule were still manifest. Old ladies came up to buses to sell decrepit apples. Twice, people snuck in behind me to finish my meal in a restaurant. But the attitude towards service was so bad that on two other occasions, I found glass in my food.

China had endured generations of hell. Much, true, can be blamed on Japanese invaders, and on old-fashioned western imperialists, as I pointed out earlier. But from the 1920s, communists unleashed more than two decades of civil war. Millions of landlords and “class enemies” were then liquidated. Chairman Mao first attacked recalcitrant minorities (such as Yi people in the mountains of Sichuan), then Tibet. As if these endless internal wars were not enough, China then lost 200,000 men to install the loathsome Kim Il Sung in North Korea.

China experienced a few years of peace after that war, making progress with grain production and infrastructure, before Mao launched the Great Leap Forward (1958-1962), and millions starved to death. Only four years after that followed the multiple horrors of Mao’s Great Cultural Revolution, a government-sponsored Antifa riot on steroids that lasted for years, resulting in shut up and shot up schools, teachers thrown from balconies, kids snitching on parents, factional battles, mass murders, and at least one outbreak of cannibalism.

Let me ask my Chinese friends, where would you be now if revolution had not divided your country, making it a tempting target for Japanese generals? If China had suffered no Great Leap Forward or Cultural Revolution, had not abused Tibetans and Uyghurs, or alienated Hong Kong and Taiwan? All these curses were “gifts” of the Chinese Communist Party, which claims to protect you from jealous Yanks, and to be responsible for your growing prosperity.

Again, for my Chinese friends: Since the death of Chairman Mao in 1976, China has followed the same upward path of exponential growth other East Asian societies had traced before it. If anything, Xi may have slowed your progress down. The Chinese people have built China, not Xi Jinping. Without the repeated upheavals after the CCP was founded in 1921, you would have grown as Taiwan has, but without those endless, bloody campaigns in Korea, Tibet, and in towns and villages across China.

Uncle Xi locks up people who ask hard questions, like Luo Changping, to hide his weakness. He doesn’t want you to ask about the origins of COVID, or what really happened on June 4, 1989, or in Korea. He bullies a little country like Taiwan, and jails dissenters, because he has the heart of a stuffed bear, not of a true dragon. The CCP knows its power rests on a series of lies that cannot withstand the light of honest criticism.

Confucius talked about two kinds of people: “princes,” and “little people.” A prince is open-hearted, kind to those beneath him, recognizes his limits, is bold and honest to his superiors. A little person is petty in his interests and dealings with others.

They’ve Seen This Film Before

Comrade Xi wields enormous political power, but he is no true prince. “Socialism with Chinese characteristics,” the post-Maoist communist slogan, just means Deng Xiaoping finally took the party’s boot off the necks of the Chinese people for a little, and let them learn from the outside world and start making things besides trouble. Now Xi is using the power thus gained to bully China’s neighbors again.

The Chinese people have seen this film before. You should know by now how the story ends. You should realize that the true traitor is not someone who criticizes the Party’s past blunders, but the rulers who lead China into foolish and immoral bloodbaths. And I hope you may also begin to realize that America, which fought on the other side in the Korean War, was the better friend to Korea then, and has often been a better friend to China, too, than some of its most powerful emperors.

Soon I’ll explain why America has been a better friend to China than the CCP ever was.