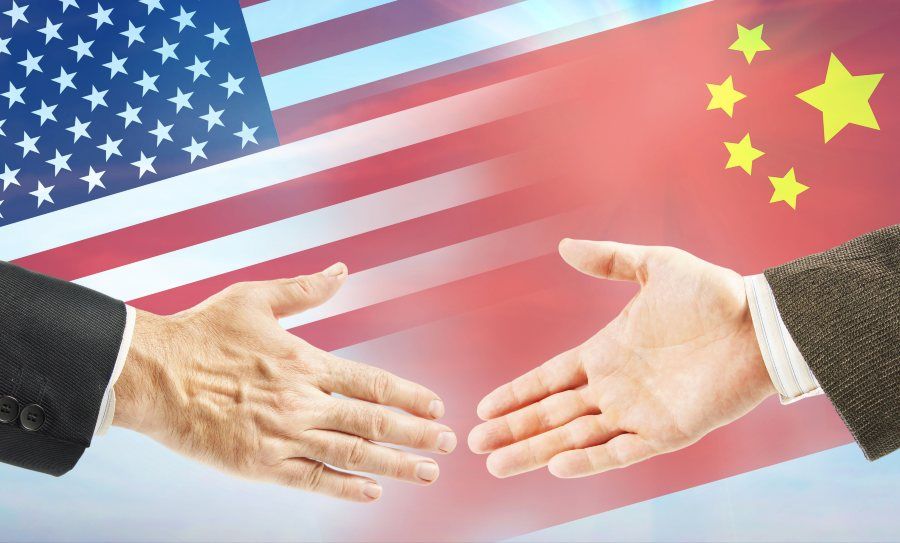 I’ve argued recently that Chinese should see the U.S.A. as a true friend of their great land, a better friend than some of their own rulers, frankly. I also hinted that they have an even greater friend. Jesus of Nazareth has already deeply influenced Chinese history. I mentioned the missionaries Samuel Brown and Jonathan Goforth, who were His followers. The 19th Century American presidents who I mentioned tried to help China, Ulysses S. Grant and Theodore Roosevelt, were also Protestant Christians.

The Revolutionary Impact of Christianity on China

Sociologist Robert Woodberry has shown that Protestant missions played an enormous role in the development of non-western societies. Nor were they alone. After the Italian Jesuit Matteo Ricci arrived in Beijing four centuries ago, Catholic missions helped China develop scientifically, and even defend itself.

Western and Chinese historians have described the revolutionary impact of Christianity on China in detail.  In neither country do we learn those stories in school. The history text my students in Changsha used mentioned the contributions of Christians like Xu Guangqi, Li Zhizao, and Sun Yat-sen, but not their faith.

In her biography of Sun Yat-sen, Lyon Sharmon summarized that impact:

The missionaries fostered scientific knowledge and translated scientific books.  It was they who developed the humanitarian knowledge of healing and sanitation, and relief in famine and plague.  One may safely say that there was nothing that might be done to stimulate intellectual progress or social betterment that some missionaries somewhere did not undertake — from the better tanning of leather to the creation of a university.

It is true that some Americans — and Chinese — colluded in the opium trade, but missionaries, who bore the brunt of Boxers’ fists and blades, fought it tooth and nail.  Kathleen Lodwick’s book Crusaders Against Opium tells that story.

Many others, like Samuel Brown, founded schools. Others built hospitals and medical programs (I worked in the elite Yali school network in Changsha, founded by missionaries from Yale who also started a medical school there), helped opium addicts recover, crusaded against foot-binding, promoted trade and railroads to feed the starving, negotiated on China’s behalf with foreign powers, gifted high-yield fruit trees to farmers, or developed written languages for minorities.

I have personally met Christians who gave Chinese orphans new lives, helped minorities raise livestock or grow macadamia nuts, rescued prostitutes, helped drug addicts quit addictions, and brought medicine to the rural poor.  Behind each such “Guan Yin” (the “goddess of mercy”) lay a network of supporters in the West who prayed for China and sent money.

In the early years, many missionaries died young or watched their loved ones die of fever or violence. They left hair-raising tales of early “adventures.” A year of journey by sea, cholera epidemics that dropped adults and children like flies, beatings, riots, loneliness, accusations of using the eyes of children in their effective medicine. “If I had a thousand lives, China should have them,” pioneering missionary Hudson Taylor wrote. “No, not China, but Christ.”

At Shanxi University in northern China stands a statue of Timothy Richard, the Baptist missionary who helped found the university, and was described by a book published in Taiwan as one of five foreigners who transformed China. (His chapter is by far the longest.) Yet while the university thus remembers its founder, students who met for Christian fellowship on campus when I visited were persecuted by the state. Your rulers teach you to despise these friends of China and the Gospel of Love that they brought.

The Best Foreign Friends China Had

As I pointed out before, Chinese media berated Luo Changping as “ungrateful” for not crediting Chinese soldiers who died, and killed, in Korea. How about these men and women who came to China to heal, teach, liberate, and promote science, often at the cost of their lives? Why does the communist party teach your children to be ungrateful to the best foreign friends China has ever had?

Yes, America, and most missionaries, opposed the conquest of China by communism. Don’t hold that against us, as the CCP of course did. By the 1940s, communist dictatorships had already destroyed traditional Russian culture, started numerous wars, and killed tens of millions of innocent people. Why shouldn’t well-meaning Americans have opposed the extension of this cruel ideology into Asia?

China can now project power into Southeast Asia, Taiwan, or India.  If in response, weaker countries look to America for support, is that not similar to General Grant offering to help China protect itself from European and Japanese incursions?

Not an Eternal Victim

Let me ask the Chinese people to now stop thinking of your nation as an eternal victim. That was the mistake of the Red Guards during the Cultural Revolution, and also the mistake of the BLM movement. The Red Guards beat and publicly tortured the grandchildren of those they claimed belonged to the oppressor” classes, without noticing that they had themselves become the oppressors.

Americans who protest against the racism of the past while canceling people under their thumb in the present commit a similar act of hypocrisy. Under Xi Jinping, China is becoming the big dog that yips and howls at every passerby like a toy poodle. Beware of turning into that which you most loathe: Imperial Japan.

You are now strong. The endless self-righteous rehashings of past wrongs, and dishonest retelling of the modern Chinese story with the Party always at center, always Messianic and truthful, may be aimed at America (as the two nations face off over Taiwan), but it’s really meant to manipulate the ordinary Chinese citizen.

China now has the strength to project power into Southeast Asia, Taiwan, or India. If in response, weaker countries look to America for support, is that not similar to General Grant offering to help China protect itself from European and Japanese incursions? Stop thinking of yourself as an eternal victim. That was the mistake of the Red Guards, and Black Lives Matter.

Seldom an Enemy, Often a Friend

All nations pursue their interests. But America has seldom treated you as an enemy, and often as a friend.  Both nations have, at different times and ways, contributed immensely to world civilization.  But it is absurd to credit China’s slow rise over the past two centuries to Xi Jinping or the CCP, for without them, it would have been quicker, and smoother. And it would be ungrateful to forget America’s help, or even more that of servants of Christ, and to stab those who sought to help China in the back now that your country has gained power. Rudyard Kipling wrote:

East is East, and West is West, and never the twain shall meet, Till Earth and Sky stand presently at God’s great Judgment Seat…

We Need to Return to God

Together, our nations can bless the world again. But we need to come back to God (Shang Di), and basic moral teachings, what Confucius and C. S. Lewis both called the Tao, including gratitude for past kindnesses. Then we can meet across the table in friendship. Otherwise this century may prove even crueler than the last one. And China will be compared by future generations not to America at its best, or to the great Tang or Song Dynasties, but to imperial Japan at its most ruthless.

Finally, I have some advice for Americans, as we watch the rise of a communist-led China with concern. That’s for next time.