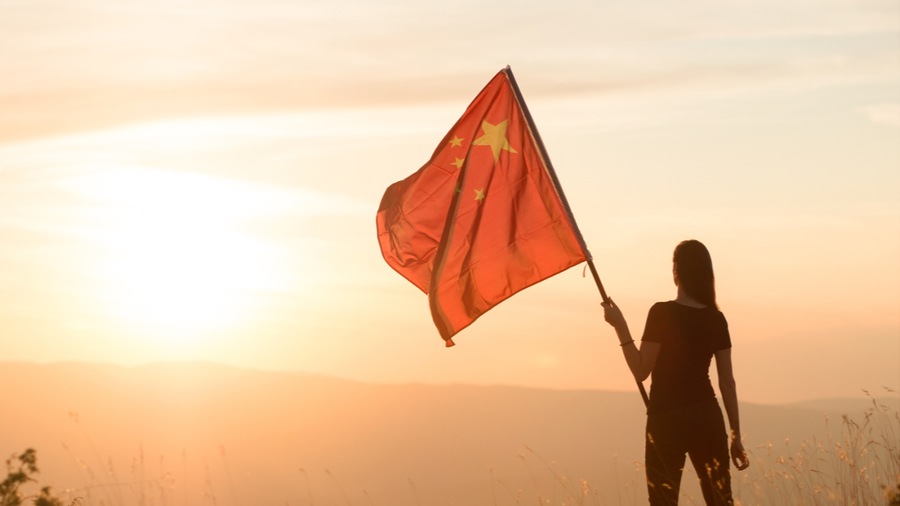 When I was teaching in Central China, it became a standing joke among my 11th grade girls to shout “Communism!” every time I let out a peep on politics. They were just teasing. But next door, the 10th Grade boys told me more seriously that if an international conflict broke out, “We’d quit school and join up.”

Xi Jinping has two secret weapons in China’s growing confrontation with the United States. One, which I wrote about in Part II of this series, is American ignorance. The second is the uncritical patriotism of most Chinese, entangled by historical fluke with “Communism!” This is one reason careless talk about the “coming collapse of China” is counter-productive: it plays into Xi’s hands by helping him reinforce the power of his party.

The patriotism of the Chinese people comes from three sources: national pride, historical tragedy that sensitized and weaponized that pride and communist propaganda.

First, China has been richly blessed by God, and as I will show later, has passed many of those blessings on to the world.

G.K. Chesterton said that the best thing in Robinson Crusoe was the list of what Crusoe saved from the wreck of his ship. Likewise, two famous books, ancient and modern, catalogue some of the stuff that fell into China’s hands. The Classic of Mountains and Seas first lists more than 500 peaks known to ancient Chinese, and the trees, minerals, animals and monsters to be found on the slopes of each. (The Forbidden Forest behind Hogwarts could not hold all those monsters!) The rest of the book describes the tribes that dwelt along China’s rivers, and the legends that grew up within that romantic geography.

When we speak of the “collapse of China,” we play into Xi’s hands. We invite my naïve young students to shout “Communism!” then sign up to defend their country, without knowing where they will ship out, or why.

My business partner in Central China gave me a copy of the second book, China on the Tip of the Tongue in Chinese, translated as A Bite of China. Full of pictures that make the mouth water, A Bite of China shows how local cuisines emerged over centuries from those mountains and valleys, lending each region unique spice and tradition. My partner’s favorite was Hunanese: she often dragged us along on her quest to explore the city’s restaurants. She also taught me to love the landscape of Hunan: short pine-covered ridges that blossom with wild roses, and narrow valleys between them studded with farm houses, where dragonflies flit between lotus blooms and white ibis hunted snails in rice paddies.

From these landscapes emerge not only foods and flowers, but dialects, mountain bandits and warlords, and the “repositories of Chinese culture” found in the temples and monuments that dot the country’s ancient sacred peaks. (Which I describe in True Son of Heaven.)

Americans should easily understand that kind of patriotism.

But over the past four centuries, China’s “mountains and rivers” have often been assailed by foreign armies. First the Manchus came from the north, conquering China, and running up the flag of the Qing Dynasty. Then western powers arrived from the sea to trade. England sold huge volumes of opium from its Indian colonies, beating China into submission in two wars to force the country to go on buying. Millions of Chinese were enslaved to this addiction. (Making our present fentanyl epidemic look like a bad caffeine habit.)

Then a Hakka Chinese read a Christian tract, dreamed he was Jesus’ younger brother, and set out to “kill demons,” meaning his Manchus lords. Twenty million lives later, after finally defeating the Taiping Rebellion, the Empress Dowager redirected Chinese rage against white foreigners. An outbreak of slaughter followed, in which hundreds of missionaries and thousands of Chinese Christians were murdered.

When the Red Army seized control in 1949, Mao Zedong announced, “China has stood up!” Never mind that Marx had scoffed at the nation-state. Never mind if Mao let his Nationalist rivals do most the fighting against Japan. From that day on, the Chinese Communist Party has used patriotism, grounded in innocent love of country, but kept freshly wounded by a steady diet of war films, to justify its own often cruel and harmful actions, and the sacrifices and dangers to which it has called China’s citizens. (Much as BLM relies on past racism to justify the evils that Ibram Kendi promotes.)

Wherever you go in China, on taxis, buses, trains, screens, schools and walls surrounding construction sites, you see banners showing twelve pairs of characters in red. These are the “Core Socialist Values,” Xi Jinping’s version of the Ten Commandments. I doubt Bernie Sanders or Karl Marx would recognize these “socialist” tenets. The first is ai guo, or “love of country.” Another common banner simply reads, “Love country, love Party.” Never mind how many millions of innocent Chinese Mao killed. His face remains on every bill over one yuan, because under his leadership, “China stood up.”

This passion for renewed national greatness has been internalized. It was well-expressed by a t-shirt I saw on a young man on a bus in Beijing, some 30 years ago:

“Happy Our Country Famous for its Rich and Strong!”

Until COVID at least, this hunger for respect and prosperity was seldom directed at a foreign enemy. Chinese were often curious and friendly. The popularity this year of the propaganda hit, Changjin Lake, about how Chinese soldiers suffered while heroically fighting the Americans in Korea, may signal a dark turn. Those troops were establishing House Harnekan, in effect: one of the world’s most cruel states. A journalist who scoffed at the film was arrested, and called “ungrateful.” Those soldiers were fighting for your life, the media scolded him.

Patriotism is Comrade Xi’s secret weapon. When we speak of the “collapse of China,” we play into his hands. We invite my naïve young students to shout “Communism!” then sign up to defend their country, without knowing where they will ship out, or why.

So what should our strategy be? Where can we find allies in our struggle against the tyrants in Beijing?

Fortunately, America has both weapons and friends, if we but notice them. Ironically, among those weapons are the very qualities that make Chinese most love their country.

(Worth noting: Years later I was visiting Ohio State, where I met with one of those 11th grade students who’d shouted “Communism!” She dragged me off to a hipster church where students sat on the ground in a circle and learned about Jesus Christ, not Karl Marx.)