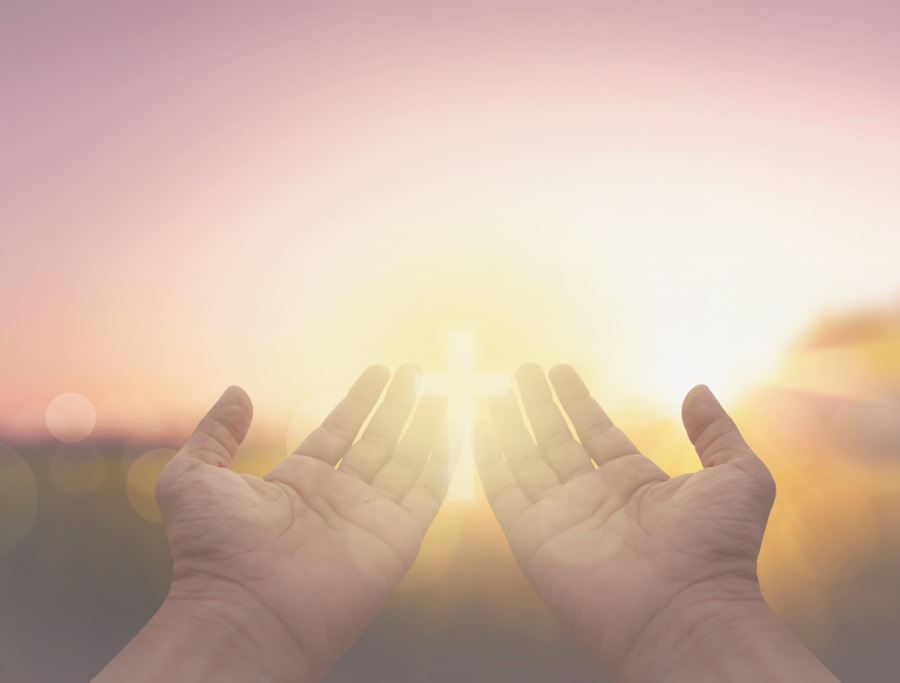 Some people say the resurrection of Jesus makes no sense. I say it’s the only thing that lets life make sense.

I know that’s a bold claim. I can’t cover all the territory here, but I can at least explain three ways Jesus’ resurrection makes sense of human experience, in ways that nothing else can match. Those three ways are human purpose, justice and hope.

Everyone but the most pessimistic agrees  there is purpose to life. Where does that purpose come from, and what does it mean?

Atheism says we all came from a purposeless beginning and a purposeless end. But atheists tell me that doesn’t matter. “I can create my own purpose,” they say. Usually they explain it as “living a full and meaningful life, and helping others.” I say, “Sure, but then in a blink of an eye it’s over. The same eye blink soon catches up with the others we’ve helped along the way.”

Eastern religions take a different angle. Typically they say we live in a repeating cycle. The best of us suffer through thousands of reincarnations, one after another, until we finally reach Nirvana.

But Nirvana isn’t paradise. In Nirvana your individuality is extinguished, your personality is absorbed. Your purpose, then, is to reach something like personal extinction in the fewest possible lifetimes. In the end it’s hard to tell that future from the one the atheists tell us to expect. The only real difference is that getting there is much slower and much harder.

We are forever sorts of people, so our actions matter forever.

Jesus’ resurrection, though, shows us that God loves us infinitely — for the Bible teaches that Jesus was (and is) God, now in human form. He lived, died and rose again for us precisely because we have a place in His great plan. We are forever sorts of people, so our actions matter forever. What we do for others will last forever. Now, that sounds like genuine purpose to me.

Sometimes the bad guys win big: They live rich and powerful, untouched by consequences. Good people live under their thumbs. Our civil and criminal justice systems do their best, but they’re saddled with human inadequacy, and far too often, riddled with corruption. Innocent people are caught and convicted. Guilty people find ways to stay out of reach of justice, or they get acquitted, or they get the wrong sentence for their crimes.

Real justice just doesn’t happen in this world. There’s no way things can ever be made right unless it happens somewhere else: in eternity.

How is that possible? Well, atheism offers absolutely no hope of that. At least in Eastern religions there is karma to take care of it, during the cycle of reincarnations. (I’m no fan of these reincarnation-based religions, but I’ll admit that in some ways they make a lot more sense than Western atheism.)

In Christ, though, there is the promise of real justice. Jesus taught that He himself would sit on the final seat of judgment over all the world. He has qualifications for it like no one else. If you think judgment should belong to the wisest of all humankind, He meets that test. If you think it should belong to God, He is God, too. By His power and wisdom He will judge as all with true justice.

The bad guys won’t win in the end.

Judgment isn’t just for the most obviously rich and powerful, wielding their power to abuse the weak. Jesus reigns as judge over all of us.

But this requires His resurrection. Jesus is no bony skeleton judging the world from a slab in a stale tomb. He is the risen King reigning on His throne at the right hand of God the Father. Final justice could never happen without His resurrection.

Jesus’ resurrection gives us hope in the face of the supreme human problem: death. Jesus faced death head-on, and he emerged from the battle as the victor. Now, that’s reason for hope!

But it goes deeper than that. I’ve already noted that what we do for others will matter forever. There’s a flip side to that, though: what we do against others is bound to matter forever, too.

Hope is not destroyed! Jesus died in our place, bearing in His own body the death we deserve.

I hate to admit it, but some of what I’ve done to others hasn’t been what it should have been. Too often I’ve been angry, even toward people I love. I’ve been impatient. I’ve been self-centered. The fact is, I’ve been guilty of many things in many ways. So have you. It comes with being human.

With that in mind, suddenly justice starts to sound less wonderful. Judgment isn’t just for the most obviously rich and powerful, wielding their power to abuse the weak. Jesus reigns as judge over all of us. Because we’ve all committed wrongs, we all deserve eternal consequences: separation forever from God and all His goodness, in a place Jesus chillingly describes as “the outer darkness, where people weep and gnash their teeth.”

Yet hope is not destroyed! Jesus died in our place, bearing in His own body the death we deserve. Only God could carry all of humanity’s guilt.

It was enough to cause even Jesus to die, but it wasn’t enough to keep Him dead. Justice was served, He paid the penalty, the deed was finished; and by the power and justice of God Jesus rose again, conquering death, with a promise that He would share that victory with all who followed Him in faith.

You won’t find any hope like that in atheism. All it has to offer is poof — you’re gone. Other religions will tell you some people will make it to Paradise or reach Nirvana, but that’s a thin hope for all of us who want to how good we have to be to measure up. Jesus’ hope is for people who aren’t good enough for heaven — He brings His people there through His own goodness.

Making the Most Sense

Obviously there are many who think Jesus’ resurrection makes no sense. But if purpose, justice and hope are real — not just human emotions — then they’re wrong. I’m convinced they have to be real, if life is going to make any sense at all. And the best way to make sense of them is by Jesus’ great resurrection from the dead.