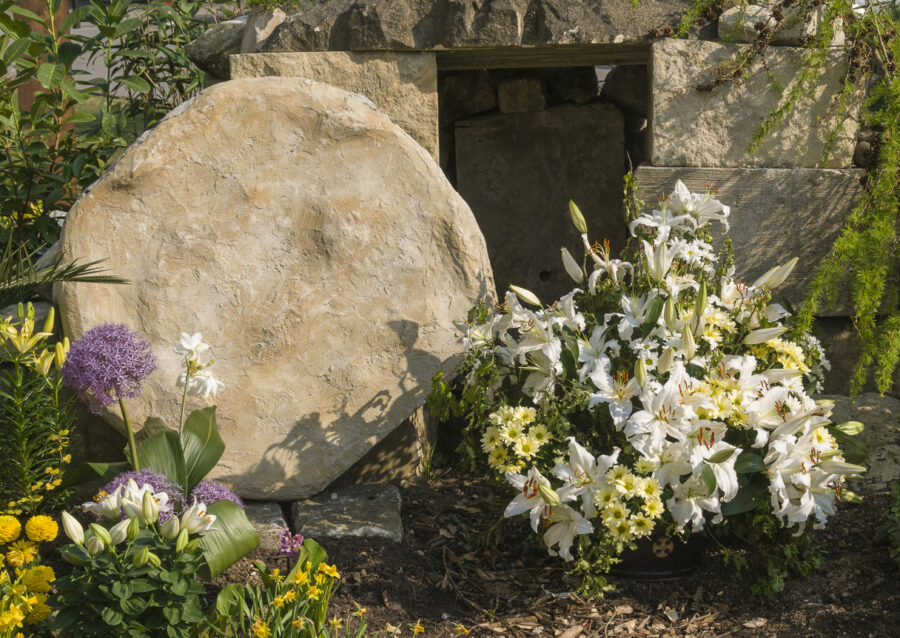 This Friday marked one of the most tragic and triumphant moments in human history. On a hill shaped like a skull, the Son of God hung on a cross between two thieves. Satan surely thought he was witnessing God’s greatest defeat, but he actually witnessed his own destruction and the possibility for those dead in trespasses and sin to come alive.

Jesus died that we may live. He paid the price and shouldered the entire load of all our sins. This day is referred to as “Good Friday,” but, my friends, this day was truly better than good. Jesus, the mediator between God and man, made it possible for us to experience abundant life now and eternal life forever.

As Jesus looked out from the cross at the very ones who had spit in His face, forced a crown of thorns on His head, twisted His beard and ripped it out, scourged Him with 39 lashes and drove the spikes into His hands, He prayed, “Father, forgive them. They know not what they do” (Luke 23:34).

How could such merciful words come from one who was experiencing the most painful form of death? Because He knew the truth, they did not know what they were doing. The father of lies had blinded the eyes of the unbelievers and they were held captive by Satan’s power. Jesus prayed forgiveness on their behalf.

I was also there, as one to whom He offered forgiveness. All of us were there and our sins contributed to every aspect of His death. He accepted the wages of sin, which He never earned, that we might receive the forgiveness of our sins, which we never deserved. It is grace! It is mercy! It is God and His love revealed through His Son, Jesus Christ.

Max Lucado shared this truth concerning Jesus: “Christ lived the life we could not live and took the punishment we could not take to offer the hope we cannot resist.” May God help us to pray with the same compassion and mercy toward all who are in bondage to the prevailing power of darkness in our world.

Shortly after I accepted Christ as a teenager, I heard a message on the crucifixion. I was deeply moved by Jesus’ ability to forgive those who hurt Him so severely. I was also moved with an overwhelming sense of compassion when I heard how Jesus was treated when He requested water. He simply said, “I thirst” (John 19:28). Some gathered around at the foot of the cross responded in cruel fashion to one of the only personal requests Jesus ever made. They took a vinegar- and gall-soaked sponge, lifting it on a pole, and thrust it past His parched lips into His dry mouth.

As a boy tears welled up in my eyes as I thought how awful that act was. I remember thinking, “I wouldn’t have done that to Him! I would have given Him water! I wish I could have helped Jesus!”

As I now look at over 50 years in ministry, I realize I have been giving clean water to Jesus all over the world. In fact, I have had the joy of offering life-giving spiritual water to the millions of people who responded and drank deeply of the water of life by trusting Christ. Betty and I have also traveled to some of the harshest regions in the world and drilled water wells with the assistance of caring friends, quenching the physical thirst of millions of people. We have experienced the reality of what Jesus said in one of His last messages on this earth: “I was thirsty, and you gave me to drink.” His disciples asked, “When did we do this?” He responded, “When you did it to the least of these, you did it to me” (Matthew 25:42-5).

“Up From the Grave He Arose”

I am so thankful for that merciful moment when Jesus died 2,000 years ago. It was because of this gift that we can experience the greatest gift: life itself. Today, people around the world will celebrate the glorious resurrection of Christ on that first Easter morning. As the song says, “Up from the grave He arose.” And because of His resurrection, we can experience the triumphant life He freely offers.

It is my prayer that this will be more than the celebration of the crucifixion and resurrection. I am praying this weekend will be the beginning of new life, with all things new in Him. Through faith in Jesus, we can experience the power of the resurrected Lord living in us. He offers forgiveness and the opportunity to live in fullness and fruitfulness for the rest of our lives. Betty and I are praying all believers will begin to live in the reality of His resurrection power and life.