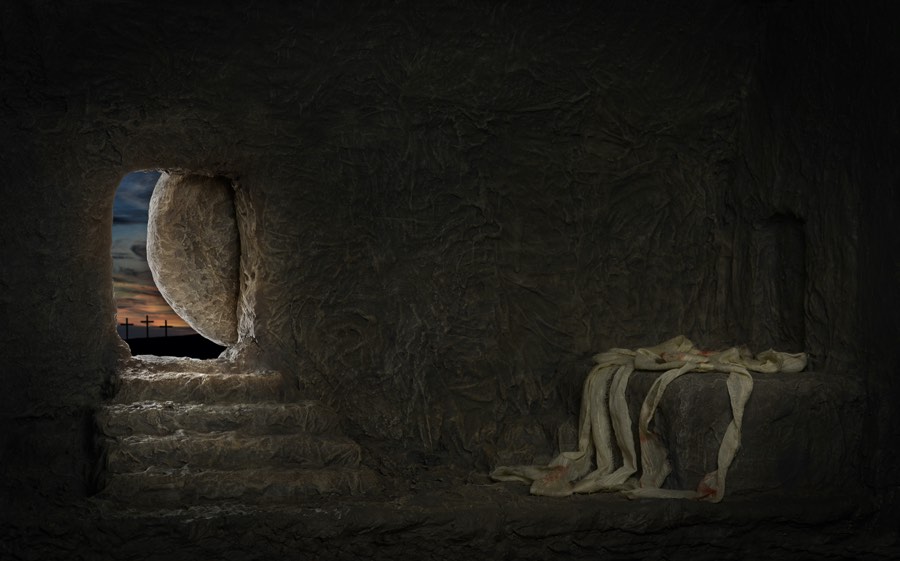 Have you ever tried explaining Easter to a non-believer? Has it ever occurred to you how outrageous it must sound? Sometimes I think we’re too used to it. Here, excerpted from my forthcoming book Too Good To Be False: How Jesus’ Character Reveals His Reality, is what we’re telling them, after all:

Christianity centers around one individual, a man who lived a very long time ago and (for most of us) in a remote part of the world. His ways were simple. He walked dusty roads, wearing the ordinary sandals and robe of the common person.

He raised no army and wrote no philosophy; instead, for a few short years he gathered a small band of followers, none of whom had anything special going for them. He taught with common words and everyday images.

Somehow he gained a reputation for being a worker of miracles, and created a stir in the process. Far from winning him great influence at the time, though, his works and his words annoyed the local people of power. So they had him executed at the age of thirty-three.

And now, two thousand years later, all human history, all human destiny, indeed the life of every single individual who’s ever lived or ever will live, rests entirely on this one young man’s shoulders and his alone, now and throughout all eternity.

Who could bear that kind of weight? Whose shoulders could be strong enough? What could possibly qualify a man for it? How could anyone believe it?

And yet we do. The truth of Jesus is a stunning truth, an outrageous truth, even. What would it take for someone to qualify for that? He would have to be history’s most extraordinary individual — and not just by a little bit.

And those “supernatural elements,” our skeptical friends are quick to remind us, are no different than a lot of other myths no one believes anymore.

No, this isn’t the kind of story someone could have made up. It’s what happened.

They’re wrong, though. Nothing demonstrates it more than Jesus’ death and resurrection.

Extraordinary in His Character

First, there’s nothing in any myth that comes close to the self-sacrificial love Jesus displayed when He went to the Cross. No myth, no history, no movie or comic book, even, has a character like Him, possessing great power and never using it for His own benefit. Remember, even after forty days of fasting He refused to do the miracle to turn stones into bread. It would have been easy enough for Him, but He reserved His power, using it only for others, never for Himself.

His death on the cross was an infinitely greater gift, for in it He secured freedom from sin and death, for anyone who will accept it from Him. He didn’t have to die, after all. He’s the only person ever born who had that option. Death is the consequence of sin, and He was free of all sin. This is how His character is displayed in the accounts. This is no “ordinary rabbi” story.

If it were easy to imagine a character as completely other-centered and giving as Jesus, someone would have done it. No one has. Ever. Jesus’ sacrificial death shows us He is utterly extraordinary in His character.

Extraordinary in His Resurrection Story

Our atheist blogger friend wants us to strip away all the supernatural elements from Jesus’ life. I say two things to that: First, go ahead and try it! You’d still be left with a Man whose character and teachings are unparalleled in all history and literature. He would still be very much a force to be dealt with.

But second, why would we do that? Is it because miracles make Jesus sound like all the other myths? Not so for the one greatest miracle of them all, His resurrection. In fact, if you want to hear a myth, listen to the one the skeptics like to tell. It’s the one where “there have been lots of dying and rising gods,” and Jesus is “no different from the rest.”

No, actually, His story is completely different from theirs. So different, as William Lane Craig explains, scholars today have written off this pagan-parallel theory as old-school: “In fact, most scholars have come to doubt whether, properly speaking, there really were any myths of dying and rising gods at all!” Instead there were stories of humans like Hercules becoming gods. There were myths of persons endlessly dying and rising again, supposedly explaining the annual cycle of the seasons.

Extraordinary in His Resurrection Truth

His story isn’t merely unique, though; it’s supported by an extraordinary amount of historical evidence. The myths don’t even pretend to have anything like it.

The evidence clearly shows that Jesus died on the Cross. No reputable scholar — Christian or not — doubts that anymore. Scholars of all stripes further agree that:

The Evidence Is For An Extraordinary Jesus

Add that to what we know about the unique character of Jesus, and what you find is that this isn’t the kind of story someone could have made up. It’s what happened.

Granted, nothing could be enough to convince someone who’s so committed to their anti-supernaturalism they’ll never budge no matter what you tell them. They’re telling the evidence what it has to say, rather than listening to the evidence to hear what it actually says.

What kind of person would it take to carry the weight of all humankind on His shoulders? No ordinary rabbi, that’s for sure. It had to be someone outrageously out of the ordinary. Someone who lived a life, died a death, and experienced a resurrection as only Jesus did.

Tom Gilson (@TomGilsonAuthor) is a senior editor with The Stream, and the author of A Christian Mind: Thoughts on Life and Truth in Jesus Christ and Critical Conversations: A Christian Parent’s Guide to Discussing Homosexuality with Teens, and the lead editor of True Reason: Confronting the Irrationality of the New Atheism. His newest book, Too Good To Be False, is expected to be released in the summer of 2020.