The author of God and Hamilton shares the spiritual truths he sees in Lin-Manuel Miranda’s groundbreaking musical, as the film version premieres Friday on Disney+. 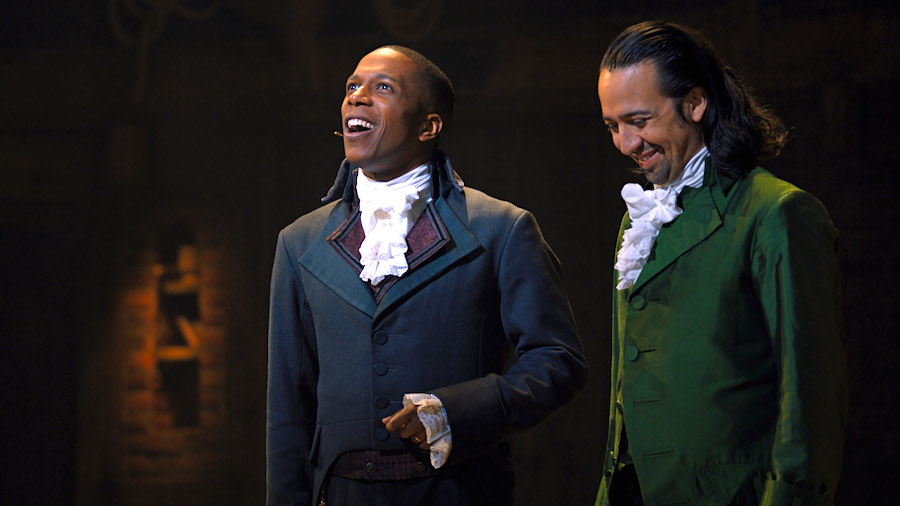 “This story is great drama,” said Kevin Cloud, a longtime pastor and Christian author. “It’s about a man who comes to America with nothing as an orphan, who rises up to the second most powerful position in U.S. government. Then he loses it all.”

Author of God and Hamilton, Cloud is speaking of Alexander Hamilton (1755-1804). Hamilton was the first Secretary of the Treasury and only immigrant among the nation’s Founding Fathers and subject of the Pulitzer Prize-winning musical.

“There are huge ups and huge downs,” Cloud told The Stream. “Everybody can relate to those swings. And the arc of his life is captured powerfully in this musical.”

“He walked with God, yet had tons of failures, brokenness, and faults as well.” – Kevin Cloud

Interest in the self-made writer, statesman, economist, and military strategist has surged since 2015 when actor and playwright Lin-Manuel Miranda’s Hamilton premiered on Broadway.

It became the most successful new musical in decades, winning dozens of awards and breaking Broadway box-office records.

Story of Liberty Comes to the Masses

Yet engaging with this cultural phenomenon has remained out-of-reach for most Americans.

Broadway tickets cost hundreds of dollars, and even touring versions of Hamilton were sold-out months in advance. Disney secured rights to a filmed version of the musical. Originally, it was slated to hit movie theaters in late 2021, but when the global pandemic halted all stage productions, plans changed. Producers agreed Hamilton could premiere on popular streaming service Disney+.

And just in time for Independence Day, Hamilton begins streaming worldwide on July 3.

“In light of the world turning upside down, [I’m] so glad that we’re able to make it happen,” said Miranda. “I’m so grateful to all the fans who asked for this, and I’m so proud of this show.”

Driven by over 30 historically-inspired songs, including some with explicit lyrics, Hamilton hardly invites easy scrutiny or casual viewing. Running two hours and 40 minutes, the production threads political, economic, and personal plot lines into an intricate, edgy, at times overwhelming narrative. But Cloud says Christian believers have reason to consider its themes.

“The struggles of Alexander Hamilton’s life are at the center of what it means to be fully human, and the story of the gospel,” he said. “He walked with God, yet had tons of failures, brokenness, and faults as well. Hamilton experienced shame but found redemption.

“So how can those truths inform how we live our lives today?”

A Hurricane Propelled Him to America

Miranda was inspired to begin writing after reading historian Ron Chernow’s 818-page biography of Hamilton. (Chernow ultimately served as historical consultant on the musical.) And what a gripping story it is. 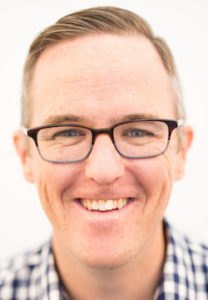 Hamilton grew up on the island of St. Croix in the Caribbean. His father left their family when he was age five, and his mother died by the time he reached age 12.

“At a very young age, this poor orphan kid had no real future possibilities,” said Cloud. “The way he got to America was through an act of grace.”

A hurricane devastated St. Croix in August 1772, and Hamilton wrote a letter describing it. “The letter was so eloquently written that a local newspaper published it,” said Cloud. “These businessmen on his island read it. They’re so impressed with the intellect of the author that they go and find him, then raise money to send him to America to get his education.”

Speaking often about Hamilton in churches and other venues, Cloud invites audiences to imagine the scene. “This kid who didn’t have a lot of positive influences in his life was called in by these wealthy businessmen,” he said.

“I love to imagine what they might have said to Alexander: We believe in you. You have a real gift. We think you can make a real mark on this world.”

Within a few years, Hamilton became the chief of staff to General George Washington. Cataclysmic events of the Revolutionary War would soon transpire.

In the song “Hurricane,” Miranda as Hamilton recounts his early years in flashback. “I wrote my way out of hell / I wrote my way to revolution / I was louder than the crack in the bell.”

The songwriter/playwright, who grew up in Manhattan, views Hamilton’s life as comparable to modern-day rap artists. He employed a variety of hip-hop styles for about half the musical numbers.

“[Hip-hop] has that energy of making something out of nothing,” said Miranda. “It’s writing so well about your circumstances that you transcend them.”

“Whether or not to watch it is a question for parents, to decide whatever’s best for their family.”

Not all viewers will take to rap battles between Thomas Jefferson and Hamilton, with four-letter words aplenty. The original musical has been edited to mute a few expletives.

However, the Parents Television Council asserts the cuts did not go far enough.

“We applaud Lin-Manuel Miranda for allowing the removal of harsh profanity [from] his epic and brilliant Broadway musical,” stated PTC president Tim Winter. “But Disney’s decision to allow even one ‘f-word’ to be heard on Disney+ is shameful. Most families consider any usage of that word to be vile and totally off-limits.”

Many viewers will be used to a starched, reverent look at history. By contrast, key events in Hamilton take place in dimly lit New England taverns with the attendant coarseness. John Adams’ writings reveal he called Hamilton a “Creole bastard,” the latter word used often in the musical. A subplot about sexual infidelity is also presented in stark terms.

“It has content that might be borderline offensive or troublesome for families with kids at home,” said Cloud, a father of four sons. “For us, my wife and I believe the overall value of the story and the truths that are a part of it greatly outweigh that.

“Whether or not to watch it is a question for parents, to decide whatever’s best for their family.”

Even historians have pondered the bold creative decisions of Hamilton. In the musical, black and Latino actors portray a half-dozen of the Founding Fathers. “This is a story about America then, told by America now,” said Miranda.

Cloud believes the move helps show the relevance of history to current headlines. “We’re seeing these protests play out today in our country,” he said. “Conversations about inequalities and racism are being sparked. 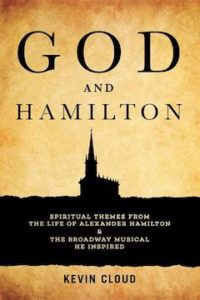 “Miranda’s decision to cast the Founding Fathers as people of color brings those conversations to the forefront.”

Some will avoid the show for political reasons. In November 2016, some observers felt Vice President-elect Mike Pence was rudely received by the cast at a Broadway performance of Hamilton.

While audiences may differ with the cast and crew on politics, Cloud says that reflects America.

“I would encourage people to give the story a chance,” said Cloud. “When I was open to it, God used those themes of forgiveness and redemption to transform me.”

The musical, like Hamilton’s life, comes to its tragic climax in an infamous duel. Decades of friendship with Aaron Burr had, by then, turned to a bitter rivalry.

Cloud recounts a real-life scene not shown in the musical. “As he’s dying, he has this phrase that he speaks to his wife, Eliza,” he said. “He keeps saying to her: ‘Remember, Eliza, you are a Christian.’ It reminds her where she’s going to find her strength to get through this enormous loss.

“Faith was really at the center of his life by the end, and even more so hers.”

Rated PG-13 for language and some suggestive material, Hamilton premieres worldwide on Friday. The devotional book God and Hamilton by Kevin Cloud is now available.