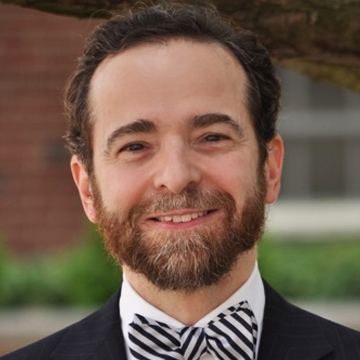 Robert Gagnon < Back to Voices

Robert A. J. Gagnon is Professor of Theology at Houston Baptist University. From Fall 1994 to Spring 2017 he was Associate Professor of New Testament at Pittsburgh Theological Seminary; and in 1993-94 he was Visiting Professor of Religion at Middlebury College in Vermont. He has a B.A. degree from Dartmouth College, an M.T.S. from Harvard Divinity School and a Ph.D. from Princeton Theological Seminary. His main fields of interest are Pauline theology and sexual issues in the Bible. He is a member both of the Society of Biblical Literature and of the Studiorum Novi Testamenti Societas [Society of New Testament Studies]. He is also an ordained elder at a Presbyterian Church (USA) in Pittsburgh. He is the author of The Bible and Homosexual Practice: Texts and Hermeneutics (Nashville: Abingdon Press, 2001; 520 pgs.); co-author (with Dan O. Via) of Homosexuality and the Bible: Two Views (Minneapolis: Fortress Press, 2003; 125 pgs.); and, as a service to the church, provides a large amount of free material on the web dealing with Scripture and homosexuality. In addition, he has published scholarly articles on biblical studies in Journal of Biblical Literature, New Testament Studies, Catholic Biblical Quarterly, Novum Testamentum, Zeitschrift für die Alttestamentliche Wissenschaft and Horizons in Biblical Theology; and more popular treatments in The Christian Century and First Things. He is also author of article-length encyclopedia entries in Dictionary for Theological Interpretation of the Bible (Baker/SPCK), New Dictionary of Christian Apologetics (IVP), Oxford Handbook of Evangelical Theology (Oxford University Press) and Encyclopedia of Christian Civilization (Wiley-Blackwell). In addition, he has been quoted in, or has written for, the New York Times, National Public Radio, CNN, U.S. News and World Report, Christianity Today, Christian Century, and other news outlets and popular magazines.

NeverTrumpers Say Evangelicals Who Voted for Trump are Hypocrites. Not So.

David French, a religious liberty attorney and National Review commentator, is at the center of a kerfuffle in Evangelicalism. This offers a good opportunity to evaluate French’s incessant and often harsh “NeverTrump” attacks on Evangelical voters for Trump as we…

Requiem for a Senate Race Bombarded with Media Propaganda

Are Christians Who Vote for Roy Moore Hypocrites?

Memo to the Washington Post: The Bible Does Reject ‘Transgender’ Behavior