Are Christians Who Vote for Roy Moore Hypocrites?

Personal life counts in elections. Yet it can’t always be the only factor. 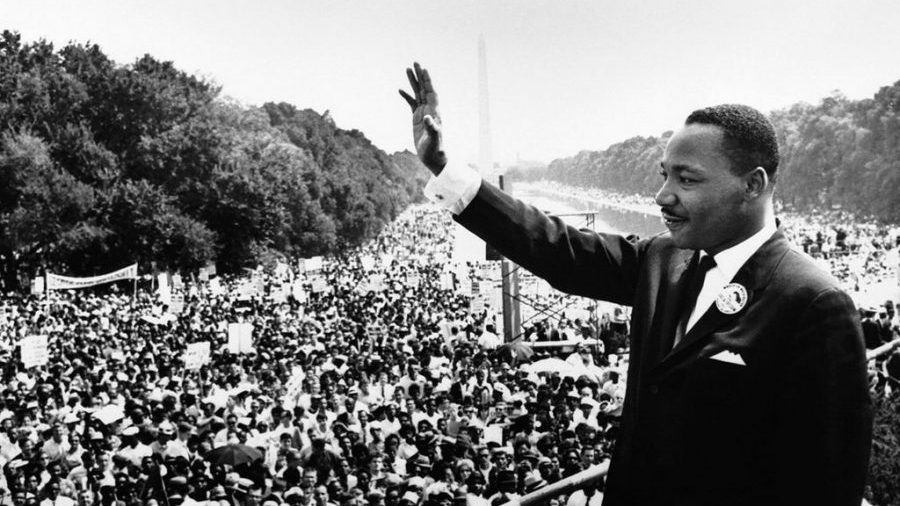 Martin Luther King Jr. addresses a crowd from the steps of the Lincoln Memorial where he delivered his famous “I Have a Dream,” speech during the Aug. 28, 1963, march on Washington, D.C.

Are you an Evangelical who supports Roy Moore for the Alabama Senate? Then according to Joe Carter, you’re guilty of “hypocrisy” and are not “a person of integrity.”

Carter works for the Gospel Coalition and the Ethics and Religious Liberty Commission. In a TGC editorial entitled, “The Nonpartisan Solution to Our Roy Moore Problem,” he writes:

If you claim that character is important for leadership, both in yourself and also in others, then to be a person of integrity requires that you adhere to that standard even when it might conflict with your political preferences. To oppose sexual misconduct in general and yet excuse it when done by politicians is the opposite of integrity — it’s a prime example of hypocrisy.

Carter applies this to those who support Moore over Democrat Doug Jones. (Jones is pro-abortion, pro-LGBT, and anti-religious-liberty. He also opposes any judicial appointments at odds with his left-wing views.) The only exception is those who think Moore was innocent of any misconduct.

But Carter’s own TGC and ERLC are co-sponsoring a “MKL50” conference in April 2018 celebrating the life of Martin Luther King Jr. Yet King engaged in immoral sexual behavior throughout his years as a civil rights leader.

Carter’s piece seems to speak for TGC and ERLC as a whole. His view is shared by Russell Moore. In the last presidential election, Moore accused those who voted for Trump of that and more.

Don’t get me wrong. I’m glad that TGC and ERLC are sponsoring a conference promoting racial justice. I just think their celebration of MLK contradicts the principle Carter says Christians should hold with respect to Moore.

Their conference won’t endorse King’s sexual sins. Rather it will build on the positive legacy of his civil rights work. Why not apply the same reasoning to voting for Moore? Those who support Moore do not “condone sexual assault.” They’re concerned for religious liberty, life in the womb, a male-female foundation for sexuality, the reality of biology, and sound judicial appointments.

Let’s be honest here: Martin Luther King routinely had extramarital sex while he was on long road trips. We hear this not only from FBI reports but also from friends like his confidant Ralph Abernathy. What’s more, these sins occurred not in some distant past but right up to the last night of King’s life. On that night King (who died at the age of 39) had sexual encounters with three women. The third woman, upset with King’s cheating on her, got into such a heated argument with King that King “lost his temper and knocked her across the bed.” So, add alleged assault to the sins.

In his own defense, Carter states that he’s not involved in the conference. Moreover, Carter says, if King were alive today and running for office, Carter would not vote for him. Still, he hasn’t charged anyone at TGC or ERLC with the hypocrisy. He treats a conference celebrating a man as much less problematic than “rewarding an immoral man with significant power over our lives.”

It’s time for evangelical leaders to get out of the business of name-calling.

But it’s hard not to notice that Carter and others at TGC and ERLC opposed Roy Moore before there were allegations about sexual misconduct. Is that why they don’t apply their standard consistently?

Carter claims that it’s more important that we not be “rewarding an immoral man with significant power over our lives.” Yet Carter offers no evidence that Moore will wield power toward evil ends. On the contrary, his public career suggests that he will oppose abortion, the “LGBT” agenda, the attack on religious liberties, and the appointment of judges who legislate from the bench. Doug Jones would do the opposite.

Personal life counts in elections. Yet it’s rarely the only issue at stake. Allegations of misconduct vary in severity, timing, and level of proof. And policies range in number, kind, and severity. Elections bring into play many different variables.

When we vote, we must often choose the candidate who will do the most good, or the least harm. Imagine a choice between two candidates, Smith and Jones. Smith has a questionable distant moral past and may beat you with a rod once in while. Jones promises to beat you with metal-spiked whips daily. It doesn’t make you a “consequentialist,” much less a hypocrite, to choose Smith. You’re just not a masochist.

Here are a few of the thoughts Christians will weigh when they cast their votes in Alabama today.

(1) They may doubt the allegations against Moore.

(2) They may think that the claims might be true, but don’t think they should preclude Moore from holding public office forty years later.

(3) They may note that Moore has led a moral life for several decades. This may confirm reasonable doubt about the allegations. It may also show that, whatever happened 38-40 years ago, Moore is a changed man.

(4) They may like Moore’s courageous stances on LGBT tyranny, abortion, religious liberty, and judicial appointments.

(5) They may want to avoid handing the election to a far-left Democratic opponent.

However this election turns out, it’s time for evangelical leaders to get out of the name-calling business. It’s not fair to call fellow believers “hypocritical” and “without integrity” just because they weigh these matters differently.

Robert A. J. Gagnon, Ph.D., was formerly professor of New Testament at Pittsburgh Theological Seminary. He is the author of The Bible and Homosexual Practice (Abingdon), among other works.

Would Evangelicals Vote for a Practicing Pimp?