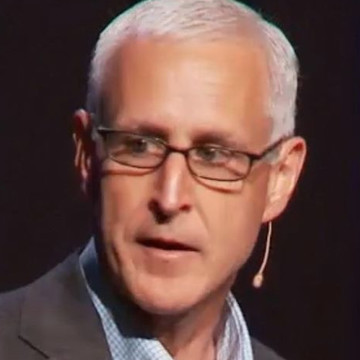 J. Warner Wallace < Back to Voices

J. Warner Wallace is a cold-case homicide detective, adjunct professor of apologetics at Biola University, Christian case maker and author. J. Warner (Jim) was a conscientious and vocal atheist through his undergraduate and graduate work in Design and Architecture (CSULB and UCLA); he always considered himself to be an “evidentialist.” His experience in law enforcement only served to strengthen his conviction that truth is tied directly to evidence. But at the age of thirty-five, Jim took a serious and expansive look at the evidence for the Christian Worldview, and determined that Christianity was demonstrably true. After becoming a Christ follower in 1996, he continued to take an evidential approach to truth as he examined the Christian worldview. He eventually earned a Master’s Degree in Theological Studies from Golden Gate Baptist Theological Seminary.

Jim has appeared on television and radio, explaining the role that evidence plays in the Christian definition of “faith” and defending the historicity of Jesus, the reliability of the Bible and the truth of the Christian worldview. He is the author of the bestsellers Cold-Case Christianity: A Homicide Detective Investigates the Claims of the Gospels and God’s Crime Scene: A Cold-Case Detective Examines the Evidence for a Divinely Created Universe. Jim also speaks at churches, retreats and camps, as he seeks to help people become confident Christian case makers.

Jim is married to Susie (the love of his life since 1979) and has four children. He lives in Southern California where he enjoys running on the beach and the trails and walking his trusty Corgi, Bailey.

How to Respond to: ‘Jesus Wasn’t Actually Resurrected From the Dead, That Story Was Faked!’

You’re in a conversation and someone says, “Jesus wasn’t actually resurrected from the dead. That story was faked.” What would you say? For many of us living in the modern era, ancient claims involving supernatural, miraculous events seem a lot…

5 Reasons Why Christianity is Waning in America

Is Reason an Enemy of Faith? (Podcast)

How God Used Roads to Pave the Way for Jesus

Finding the Fingerprints of Jesus in Music and Architecture

Why Jesus Was a Catalyst for the Sciences

How Can We Be Sure the Gospel Authors Reported the Truth Without Bias?

Three Reasons Why Christians Aren’t Afraid of the Sciences