How God Used Roads to Pave the Way for Jesus 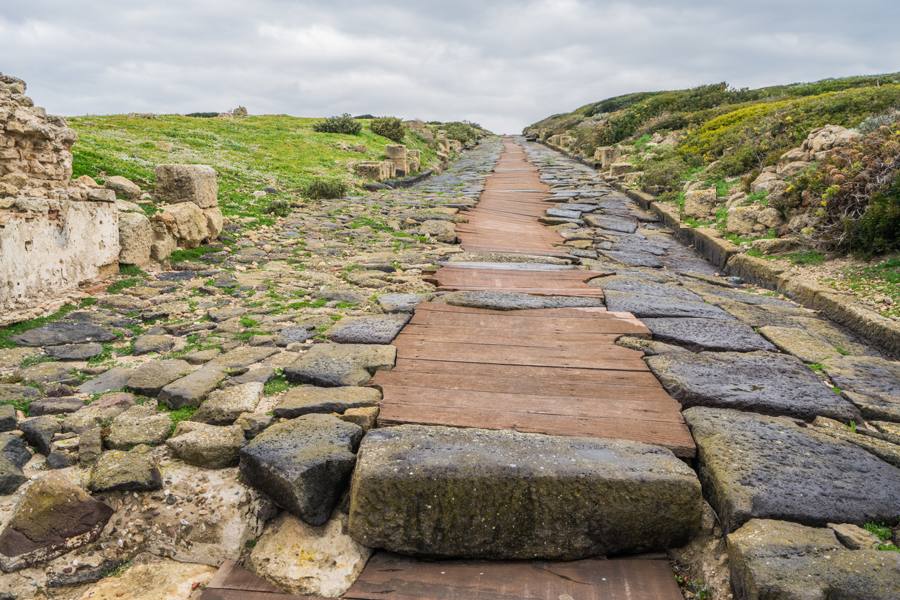 Holiday travel is picking back up in cities across America this year. A recent study reported that 70% of us are planning on taking a road trip as part of our holiday celebration. Roads are important to our travel plans, and they were also important to God as he planned the arrival of Jesus. According to the Apostle Paul, God timed the appearance of Jesus perfectly:

But when the fullness of the time came, God sent His Son, born of a woman, born under the Law, so that He might redeem those who were under the Law, that we might receive the adoption as sons and daughters. (Galatians 4:4-5 NASB)

But what did Paul mean when he wrote that Jesus arrived in the “fullness of time”? As a thirty-five-year-old homicide detective and skeptic, I pondered Paul’s words the first time I read his letter to the Galatians. In fact, I began an investigation of history and examined the “fuse” leading up to the explosive appearance of Jesus. I discovered that God used roads to prepare the way.

Advancing on the Roads

Wheels appeared early in history, perhaps as soon as 5000 BC in ancient Sumer (Mesopotamia). From the same region came the first two-wheeled cart (c. 3000 BC), usually pulled by donkeys called “onagers.” Four-wheeled carts came later in history (around 2500 BC) and were used primarily for farming. By 2000 BC spoke-wheeled chariots emerged in southern Siberia and Central Asia.

These developments certainly aided the ability to move materials and wage war, but their use for “social” transportation was limited to the quality of roads in each region. Most roads were little more than cleared pathways, susceptible to weather and war. Had Jesus been born at this time in history, his message would not have traveled far from the region in which he lived.

But as road technology advanced, so did the opportunity to advance the message of Jesus.

Persians were among the first to build significant roads. Darius the Great refurbished an existing roadway and created the “Royal Road” in 500 BC, connecting regions as far apart as Susa (now the Khuzestan region of Iran) to Sardis (now the Manisa Province in western Turkey). This reduced travel from ninety days on foot to nine days on horseback.

Not Yet the Time

Surprisingly, the powerful Greek Empire contributed little to the advancement of roads, primarily because of Greece’s difficult, mountainous, and rocky terrain, their reliance on sea travel for trade, and their inability to protect travelers with official oversight. Until 400 BC, with some exceptions (like the thoroughfares between major cities and surrounding holy sites), most roads were difficult for wheeled transportation.

Had Jesus arrived at this point in history, his followers would still have faced the limits of transportation within nations in less-than-perfect road conditions. But as before, the Roman Empire provided a solution.

As the Roman Empire grew militarily, so did its need for roads. As a result, Roman roads were widespread and usually well paved. Wherever they conquered, the Romans built long, relatively straight roads to make the movement of military equipment easier. This desire to avoid curves necessitated the advanced engineering of bridges, tunnels, and viaducts to traverse mountains and valleys. Roman roads were well built and often populated by the military, making them much safer to travel than their Greek counterparts. Spanning nearly 250,000 miles, these roads became a symbol of Rome’s power, connecting diverse subcultures within the empire.

Construction of probably the most famous of Roman roads, the Appian Way, was started in 312 BC. Called the “Queen of Roads,” it set the standard for the many famous roads Romans would build leading up to the lifetime of Jesus.

The Romans weren’t the only ones contributing to the advance of transportation.

The Roads We Travel

By 130 BC, the Silk Road (also called the Silk Routes) was formally opened for travel by the Han dynasty of China. This ancient network of connected trade routes would be used to facilitate trade between the East and the West for many centuries.

As the Romans built the infrastructure of secondary roads and perfected the engineering of bridges and tunnels by 100 BC, the stage was set for the peacetime expansion of the Roman highway system that occurred as Jesus’s followers began to share his message and ministry.

At this point in history, early in the first century, the Roman Empire had unified and refurbished the road systems of conquered nations, connecting the various systems into a network of roads that spanned the empire from Britain to Syria. This network provided a new opportunity to trade and share ideas, even ideas about Jesus, including his birth, death, and resurrection.

So, this year, as you’re on the road heading toward a Christmas celebration, be sure to celebrate the way God used roads as He delivered Jesus in the “fullness of time” so we might “receive the adoption as sons and daughters.”

(This article includes an excerpt from J. Warner’s new book, Person of Interest: Why Jesus Still Matters in a World That Rejects the Bible – www.PersonofInterestBook.com)

Let God Be Wiser Than Man