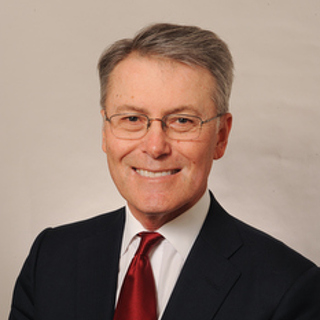 John Yoest < Back to Voices

John Wesley (Jack) Yoest Jr., is a Clinical Assistant Professor of Management at The Catholic University of America. Professor Yoest is a senior business mentor in high-technology, medicine, non-profit and new media consulting.

His expertise is in management training and development, operations, sales and marketing. He has worked with clients across the USA, India and East Asia.

He teaches graduate and undergraduate business students. He is also the president of Management Training of D.C., LLC.

Professor Yoest is the author of The Memo: How the Classified Military Document That Helped the US Win WW II Can Help you Succeed at Business; coming in mid-2017 by Post Hill Press, distributed by Simon & Schuster.

He has been published by Scripps-Howard, National Review Online, The Business Monthly, The Women’s Quarterly and other outlets. He is a columnist for Small Business Trends, and was a finalist in the annual 2006 Weblog Awards in the Best Business Blog category for Reasoned Audacity which covers the intersection of business, culture and politics. The blog has grown to receive over a million unique visitors in five years.

Professor Yoest served as a gubernatorial appointee in the Administration of Governor James Gilmore in the Commonwealth of Virginia. During his tenure in state government, he acted as the Chief Technology Officer for the Secretary of Health and Human Resources where he was responsible for the successful Year 2000 (Y2K) conversion for the 16,000-employee unit.

He also served as the Assistant Secretary for Health and Human Resources, acting as the Chief Operating Officer of the $5 billion budget. Prior to this post, Professor Yoest managed entrepreneurial, start-up ventures, which included medical device companies, high technology, software manufacturers and business consulting companies.

His experience includes managing the transfer of patented biotechnology from the National Institutes of Health to his client. He served as Vice President of Certified Marketing Services International, an ISO 9000 business-consulting firm, where he assisted international companies in human resource certification.

And he also served as President of Computer Applications Development and Integration (CADI), the premier provider of software solutions for the criminal justice market.

Professor Yoest served with Menlo Care, a start-up medical device manufacturer. While at Menlo, he was a part of the team that moved sales from zero to over $12 million that resulted in a buy-out by a medical division of Johnson & Johnson.

Professor Yoest is a former Captain in the United States Army having served in Combat Arms. He earned an MBA from George Mason University and completed graduate work in the International Operations Management Program at Oxford University.

He has been active on a number of Boards and has competed in 26.2-mile marathon runs. Professor Yoest has been married to his wife, Charmaine Yoest, Ph.D., for over 25 years. She is an author, speaker and political commentator. They live in the Washington, D.C. area with their five children. Their oldest daughter is a recent graduate of The University of Virginia, and was a member of the NCAA National Champion rowing team. Their oldest son is a pitcher at The College of William & Mary. Their middle daughter rows at Bucknell University. Their two younger children are, as yet, uncommitted.

Were You a ‘Non-Essential Worker’? How to Avoid the Label

…he will separate the people one from another as a shepherd separates the sheep from the goats. (Matthew 25:32b) “Only Essential Employees need to report to work, you non-essential losers need not bother to come in…” Okay maybe this isn’t…

Welcome Back: Management Challenges in the Post-Pandemic Workforce

The Good News Shines in The Memoirs of St. Peter: A New Translation of the Gospel According to Mark

Beauty is as Beauty Does: a Review of The Thoughtful Girl’s Guide to Fashion, Communication, and Friendship

The Key Interview Question: Tell Me Your Origin Story

How to Become a Better Writer

Authentic Intelligence is the New AI: A Review of The Human Advantage

We are Called to Make a Difference (In Others)

A Good Guide: A Winsome Argument for Virtue in Business