The Good News Shines in The Memoirs of St. Peter: A New Translation of the Gospel According to Mark 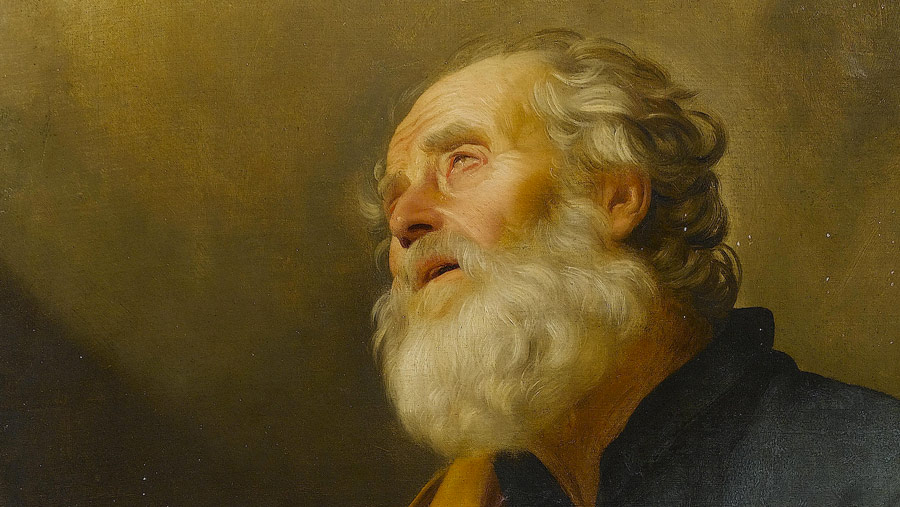 How does he handle the snake? Whenever confronted with a commentary on Mark, the first place the Bible student turns to is the final part of Chapter 16, verse 18. Author Michael Pakaluk, the Ordinary Professor of Ethics and Social Philosophy at the Catholic University of America, tackles this tough passage and other traditional interpretation challenges of the Book of Mark in The Memoirs of St. Peter: A New Translation of the Gospel According to Mark.

Some scholars have argued that Mark 16:18 should not even be included in the canon. Pakaluk chooses to include it and his new translation translates it this way: “They will grab snakes with their hands, and if they should drink a deadly poison, it will not harm them; they will place their hands on the sick, and they will become well.” Pakaluk does not comment directly but suggests that “these seem to be miracles that were worked at the beginning of the Church, when they would aide in the rapid evangelization of pagan cultures.”

This controversial passage has plagued scholars since the second century, but Pakaluk does not let the serpent-grabbing detract from the Good News. His emphasis on the Gospel of Jesus Christ is apparent throughout his translation and commentary on Mark. While we Christians have various translations and interpretations of Scripture, one Gospel unifies us.

Why do we need another translation and commentary on the book of Mark? Pakaluk explains that Mark’s Gospel gives us the apostle Peter’s “distinctive” first-hand account, unlike any other in Scripture. This book is Mark’s biography of Peter.

Pakaluk advances scholarship using the original texts. To get at the spirit of Mark’s prose, Pakaluk relies on the Greek rather than the Latin Vulgate translation by St. Jerome. In doing so, he captures Mark’s simple and unique style among New Testament writers.

The Memoirs of St. Peter is scholarly but manages to be riveting and accessible as well. It is also devotional. Professor Pakaluk’s commentary makes the Good News easy to read and comprehend with an attention to detail enlivened by going back to the original. Pakaluk said that he wrote the book “for those who seek Christ.” Because Peter gives us his eyewitness account of Jesus.

Mark’s Gospel gives us the apostle Peter’s “distinctive” first-hand account, unlike any other in Scripture.

Pakaluk captures the spirit of the text in his interpretation by clarifying nuances that others may have missed like the difference between “daughter” and “little daughter.” Under the phrase, “My little daughter is dying,” he explains, “Not daughter (thugater), but the diminutive, “little daughter” (thugatrion): this child is everything to him.” Professor Pakaluk also provides vivid examples as he does when explaining why the “grain of mustard” illustration in Mark meant something specific to the contemporaneous audience: “A grain of mustard is about one millimeter wide. To see what this looks like, consider a zero printed in a four-point type like so: °.”

Pakaluk hopes that Memoirs “engages the intellect,” as “the reader is invited to puzzle over Scripture, to find it intellectually interesting.” For example this translation corrects other versions that standardize the verb tenses of Mark, when the original varied the tenses in “unpredictable ways.”

Professor Pakaluk’s fresh look approaches the text as a “spoken narrative.” For example: “Sometimes [Mark] uses the present tense, sometimes the imperfect, sometimes the ‘aorist.’ Most translations solve the problem by throwing everything into the past tense. And yet this removes the vividness that Mark’s frequent use of the historic present conveys. But when one approaches the text as originally a spoken narrative, one can generally retain Mark’s tense changes.”

Pakaluk continues his focus on the Gospel throughout. “Jesus taught that he is the way,” he writes, “that he is that salvation. But he would need to be God to be that. If he were not that but claimed to be, he would be self-deceived or a deceiver.” This is the C. S. Lewis trilemma that Jesus is Lord, Liar or Lunatic.

In response, the Memoirs give us Peter’s “winsome argument” that Jesus is both God and man. Pakaluk notes that in Mark 2:21 and 22, “It will do no good to receive [Jesus’] new teaching as a patch. It is not a fix.” The Gospel is not a minor repair for our sick souls. We sinners are not “unwell” in our trespasses, who can be made healthy with a “medication.” No, “As for you, you were dead in your transgressions and sins.” (Ephesians 2:1) Dead. The power that rose Christ from the grave is the same power that brings the sinner to life. (Romans 8:11)

Born of a virgin, both God and man, took our sin, raised from the dead? You would have to be a fool to believe this story. Pakaluk explains this “illogic.” Memoirs outlines why the Christian is a “fool for Christ.” Where, “The message of the cross is foolishness to those who are perishing, but to us who are being saved it is the power of God.” (1 Corinthians 4:10 and 1:18)

Pakaluk explains in Mark 7:21, “Within the hearts of men, Jesus identifies the heart as the center and source of a man’s actions.” Here the Memoirs reminds us that accepting Jesus Christ as Savior is not an intellectual exercise for evangelization. St. Paul gave his most logical, brilliant lecture concerning the Mars Hill altar to the unknown god in Athens. How many converts came to Jesus when the lecture was finished?

Heart and Mind: Insisting on a Sign, Receiving an Empty Tomb

The Memoirs effectively puts the intellectual in service of the Gospel, reconciling mind and heart. Pakaluk underscores this theme where “St. Jerome famously remarked that in classical philosophy, the chief part of a man is his mind, but for a Christian, it is his heart.” Pakaluk comments, “Divinely granted simplicity rather than human craftiness will be most effective” in spreading the Gospel.

For example, in 1 Corinthians, Paul laments his intellectual arrogance where he says that “The Jews demand signs and Greeks search for wisdom, but we preach Christ crucified.” (1 Corinthians 1:22 and 23a) The passion of Christ and the cross is the complete payment for our sin; His empty tomb is our receipt.

In Mark 8:11-12 Pakaluk translates, “Pharisees came out and began to argue with [Jesus], insisting that he provide a sign from heaven, to test him. He sighs deeply in his spirit and says, ‘Why does this generation insist on a sign? I assure you, if any sign will be given to this generation. …'”

Pakaluk interjects, “That is, a sign will never be given.” If we can be talked into belief, then we can be talked out of it. The church leaders wanted to see a trick; a gimmick as proof that Jesus was the Messiah.

“Some of the scribes and Pharisees said to Him: ‘Teacher, we want to see a sign from You.” Jesus replied, “A wicked and adulterous generation demands a sign, but none will be given except the sign of the prophet Jonah. For just as Jonah was three days and three nights in the belly of the great fish, so the Son of Man will be three days and three nights in the heart of the earth.” (Matthew 12:38-40).

Then He will be raised from the dead leaving the empty tomb. The only sign.

As St. Paul in Romans 10:9 teaches in a simple first-class conditional phrase, “If you declare with your mouth, “Jesus is Lord,” and believe in your heart that God raised him from the dead, you will be saved.” This is the Gospel, and the central message of Memoirs.

Jack Yoest is an Assistant Professor of Leadership & Management at The Catholic University of America in The Busch School of Business, in Washington, DC. He is the author of The Memo: How the Classified Military Document That Helped the U.S. Win WWII Can Help You Succeed in Business.