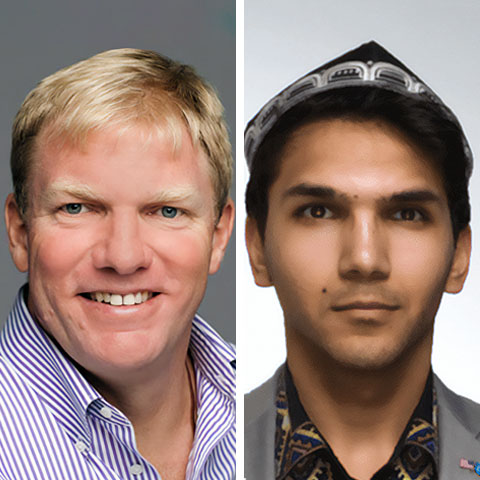 Jason Jones is a Senior Contributor to The Stream. He is a film producer, author, activist and human rights worker. For the past 20+ years, he has worked to defend the most vulnerable — from the homeless on the streets of Los Angeles to persecuted Christians in Africa, from women in crisis pregnancies to victims of “honor killing” in Iran.

He attended the University of Hawaii, after a tour serving in the U.S. infantry. At University of Hawaii, he founded the Pro-Life Student Union and served as state chairman of Young Americans for Freedom. Jason would go on to serve as director of Hawaii Right to Life, national youth director of the American Life League, grassroots director of Brownback for President and public relations director for the world’s largest international pro-life organization, Human Life International. He has appeared in defense of the most vulnerable members of the human family on ABC, Fox, CNN and hundreds of radio programs nationwide.

Jones is the Founder of HERO [Human-Rights Education and Relief Organization], a non-profit that promotes human dignity regardless of ability, age, status, race or geography. He spearheaded a HERO initiative to bring clean water to suffering refugees in South Sudan. In 2009, despite the government’s warning of unsafe travel, Jason visited Darfur and inspected 26 new water wells and distributed $2 million in food, medicine and other aid. He is currently leading an effort to provide emergency aid to the victims of ISIS in Iraq.

Jones was a producer on the 2006 pro-life film, Bella, which won several film industry awards, most notably the People’s Choice Award at the 2006 Toronto International Film Festival.

Salih Hudayar was elected as the Prime Minister of the East Turkistan Government-in-Exile on November 11, 2019.

Mr. Salih Hudayar was born to a Uyghur business family in Atush, East Turkistan. He studied International Studies and Politics at the University of Oklahoma, and was a member of the Army National Guard from 2011-2013. He is currently pursuing a Masters in National Security Studies from the American Military University.

He joined the East Turkistan Government-in-Exile at the Special Parliamentary Session in Washington, DC in April 20, 2019 and was subsequently appointed as the Ambassador to the United States & Assistant to the Prime Minister.

China’s history with Islamist extremists in Afghanistan stretches back to the 1980s when it trained and armed anti-Soviet mujahedeen during the Soviet-Afghan war. China has waged a brutal campaign of colonization and occupation, more recently genocide, in East Turkistan (“Xinjiang”)…

Close the Real Concentration Camps … the Ones in China