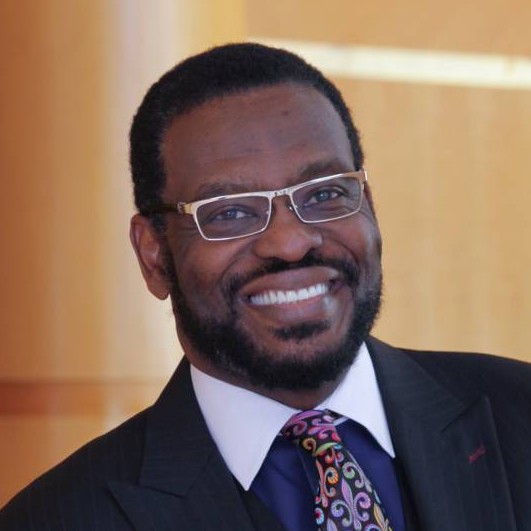 Harry Jackson < Back to Voices

Bishop Harry Jackson serves as Senior Pastor of Hope Christian Church in the Washington, D.C., area. He has authored several books including In-laws, Outlaws, and the Functional Family; The Warrior’s Heart; The Way of the Warrior. He earned a Bachelor of Arts degree in English from prestigious Williams College and a Masters of Business Administration from Harvard Business School. His secular work experience includes positions in several Fortune 500 companies.

As founder and Chairman of the High Impact Leadership Coalition (HILC), Bishop Jackson has declared that the church and its leaders must lead the way to protect America’s moral compass and heal our nation. Through Bishop Jackson’s leadership, HILC has become an agent of healing to our nation by educating and empowering churches, community and political leaders. Educational summits with leaders around the country empower high impact leaders to make grassroots influence in their communities, states and our nation. Because of his work, he has received numerous awards, including the Watchman of the Year Award by the Family Research Council in 2011.

Bishop Jackson has appeared as a guest on The Tavis Smiley Show, Tony Brown’s Journal, The O’Reilly Factor, Britt Hume’s Special Report, NPR and CBS Evening News. He has been featured in articles in The New York Times, Los Angeles Times, The Baltimore Sun, the Washington Times, The Philadelphia Inquirer and many others. His books Personal Faith Public Policy and The Truth in Black and White clearly outline the mandate he has pursued to be a voice to this generation.

The epic magazine, Christianity Today, shocked me by their endorsement of the Congress’ decision to impeach the 45th President of the United States. In light of their founder, Billy Graham’s support for President Trump. Their stance is myopic at best….

Trump’s First 100 Days: What Blacks Should Hope For

Don’t Be Played by the Liberal Media: An Open Letter to All Minorities

Don’t Be Duped Again: Seven Reasons Why Black Americans Should Vote for Trump and Down-Ticket Conservatives

Can We Close the Black Economic Gap?

To Appeal to More Minorities, GOP and Conservatives Need to Make a Real Faith Connection

Is Donald Trump Racist? Part I

Hillary, ‘The Natives Are Getting Restless!’

Did Trump Play the Race Card?

Is White Privilege the Cause of the University of Missouri Problem?

The Digital Divide Isn’t What You Think, and Churches Can Build the Bridge