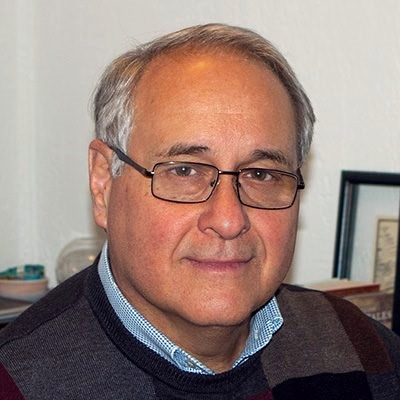 Alan Eason < Back to Voices

Alan Eason is a writer and digital media and marketing analyst. He served as webmaster and as Inspiration editor for The Stream for its first two years.

He also served as Internet Director for The Chuck Colson Center for Christian Worldview, Prison Fellowship, and Landmark Newspapers’ Capital Gazette Communications in Maryland. While in Annapolis he directed online publishing for four Mid-Atlantic newspapers and served as an adviser to Washingtonian Magazine’s Internet staff. He has also been a digital media and marketing adviser for The Washington Times. His online publishing experience began as a co-founder of one of East Tennessee’s first Web development businesses in 1995. In his sideline as a video journalist, Alan was producer for Chuck Colson’s “Two-Minute Warning” online video commentary and executive producer and writer for the “Worldview from the Colson Center” television series, which aired on DirecTV, NRB network and affiliates. Currently he is producing a mini-documentary on events surrounding the  passage of the Affordable Care Act in 2009-10 and a second mini-doc on the Farm-to-Fork movement in suburban Virginia.

Alan has a master’s in journalism from Georgetown University and did graduate work in German literary criticism at the University of Tennessee. At the college level he taught first year German (UT) and more recently, new media journalism.  Previously he was involved in ministry work and publishing in both western and eastern Europe. He lived in Austria and Germany for eight years.

President Donald Trump issued an executive order Thursday to help protect the abilities of common people to express themselves freely on social media. Of course, that is not how the story is being played by many in the media. The…

Don’t Get Played by the Ugly DNC Game

Why Did the Obama Administration ‘Stand Down’ During 2016 Russian Hacking?

Peace in a Painfully Evil Time

Young Men are in Crisis. What Will It Take for Them to Succeed?

US, Politics, Society | 6 years ago

Dr. Ben Carson Answers Objections to His Perceived Lack of Experience — A Year in Advance

US, Religion, All, Society, Travel | 6 years ago

US, Opinion, Society, Inspiration | 6 years ago

The Church of the Undesirables