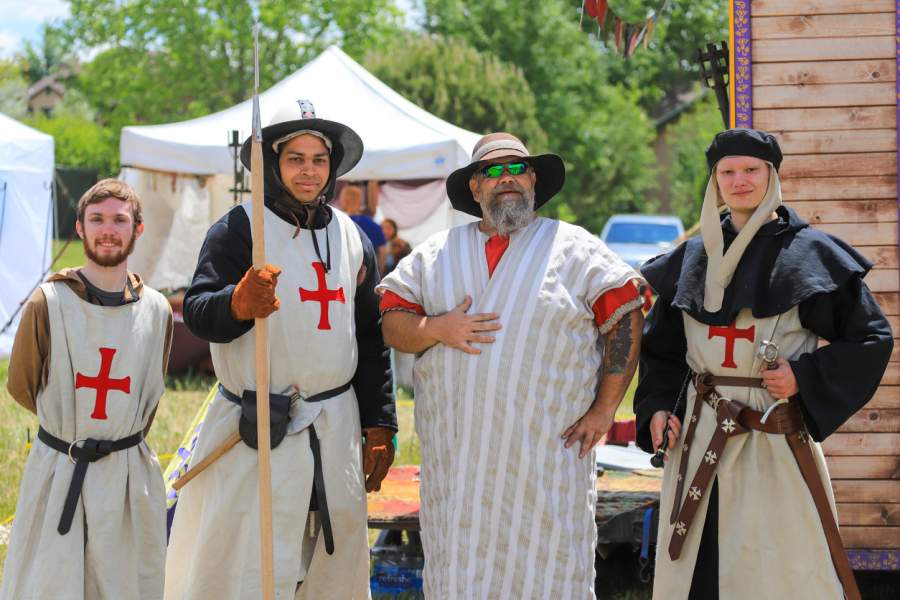 It feels kind of odd for us. Why must we be the people to step forth and criticize overzealous members of our own Catholic church? (To be specific, the “Catholic Sharia” Integralist movement, which popular writer Scott Hahn has apparently joined.) After all, we have a lot in common with such people on the face of it. We’re non-joiners, even zealots.

Each of us has spent decades fighting almost exclusively on the social issues that Conservatism, Inc., mostly shoved aside. We’ve marched with Operation Rescue. We opposed making trade deals with China because of its human rights abuses. But we were saying that in 1996, back when the One Child Policy was in high gear, before the concentration camps for Uyghurs even opened. We both loudly opposed the Iraq War back in 2003, warning it would unleash a genocide of Christians. As of course, it did.

We’ve lost book deals, TV appearances, radio shows, and donors because of tough stances we took, on issues from capital punishment to immigration, from gun rights to Middle East policy. We were among the first and most consistent critics of Pope Francis’ leftist hijack of the papacy.

Why Are We Now “Squishes”?

So why, some friends are asking us, are we going “squishy” now? This is the “post-liberal moment,” they’re saying. It’s the moment when some conservatives are boldly questioning premises, rejecting the “dead consensus” of “Zombie Reaganism.” They’re looking past the Fusionist compromise which pretended to accommodate religious believers, but in fact only served the Chamber of Commerce’s interests. Militant young Catholic right-wingers are rousing their righteous anger. Why pick this moment to harsh their buzz?

In part, because it’s all fake. Do you see these fervent young Catholics volunteering at crisis pregnancy centers? Or picketing abortion clinics? Are they marching outside pharmaceutical companies that produce the baby-killing COVID vaccines? Or the palaces of bishops who demand that Catholics take it?

The Tart Hasn’t Got Much Rat in it

Make no mistake. That’s the only difference between these self-styled Integralists and regular Catholic conservatives like us. We both want to see the Natural Law made the bedrock on which most public laws rest. That would mean rolling back the Supreme Court and the culture’s corruptions of the Constitution‘s plain meaning on everything from abortion to same-sex marriage and transgender madness. It would mean, frankly, rolling back most of the Sexual Revolution.

Are Catholic Integralists really just Inquisition Re-Enactors in search of the coolest Renaissance Faire? Check out the authors’ podcast that answers that and many other questions at The Jason Jones Show.

The only thing setting Integralists apart, and making their movement unique, is they imagine a future state that persecutes fellow-Christians who aren’t Catholic. That’s it. That’s Integralism’s “killer app,” its secret ingredient.

So what’s the big deal, people ask us? Of course, the Integralists won’t achieve their fantasy outcome. You couldn’t enforce orthodox Catholicism in Vatican City these days, so why not let the young people have their fun? Let the 28-year-old boys dress up as Torquemada when they go to the Renaissance Faire. Let them rail against America’s founding as “Satanic,” and snicker about the kidnapping of Edgardo Mortara by Pius IX. Everybody wants to be an “edgelord” these days. What harm does it do?

Well, for one thing, it’s pornographic. No, not in the literal sense of naked, exploited people. But in the deeper sense of living vicariously, in fantasy, in a world where you have all the power. Doing that changes people, and not for the better. It wastes their time and darkens their spirit. As Christians we think that matters. Is it really any healthier if your daydreams are all about burning Martin Luther at the stake, or banishing Huguenot fathers to work to death in King Louis XV’s galleys?

More fundamentally, at its very heart the urge to use violent, coercive force to compel religious compliance is … evil. The whole point of the Biblical view of man is that God created us free. Why bother to give Adam and Eve a choice, if the whole point of God’s outreach to man wasn’t a free response in love? Why’d God offer a covenant (a free agreement) to Abram? And why did the Angel Gabriel wait on the Virgin Mary’s … consent, instead of treating her as Zeus treated Danaë and Europa?

Why do Catholics believe that forced baptisms are both illicit and invalid? Why do we insist (against the Calvinists) that even divine Grace is resistible?

Because it seems clear from Scripture that God awaits our consent. He allowed all Creation to fall rather than override it. God asks for our obedience, modeled on Christ’s: willing, humble, and loving. He doesn’t want us twisting our spirits in fantasies of coercion, power, and violence. Those are the province of the Enemy, who’s ever ready at our elbows, offering us at least the fantasy of Dominion over earth and all its kingdoms.