David French, Sohrab Ahmari, and How to Beat the Globetrotters 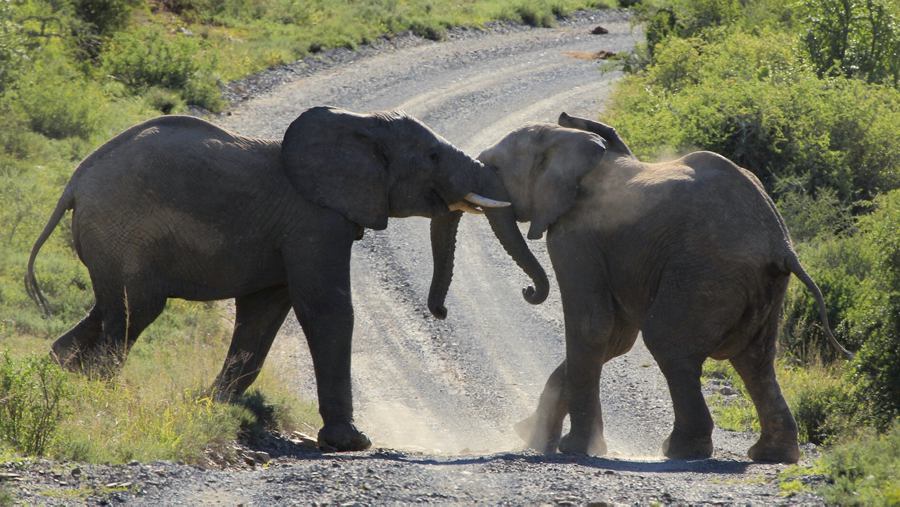 There’s a rupture on the right. Its latest incarnation is the ongoing debate (in print, and now so far twice in person) between Sohrab Ahmari and David French. I for one am delighted to see the issues they’re arguing aired in public. Here’s the video for their second debate:

I’m glad these debates are happening. The “consensus” ideology that dominated most conservative institutions before the rise of Donald Trump was deeply unhealthy, and frankly dishonest. “Fusionism” was billed as a creative synergy between moral conservatism and its quest for the common good on the one hand, and classical liberalism’s concern for individual freedom on the other.

In theory, this ought to work, as it did in Frank Meyer’s theoretical essays.

In practice? It yielded a conservative movement all too willing to … yield. Not just when the left attacked some venerable tenet of social conservatism, but also when it trampled all over basic tenets of liberty. It’s not fair to say that Fusionism, in practice, abandoned just the common good.

We ended up guarding the frontiers of Iraq on behalf of a regime that shrugged at the persecution of Christians, but not guarding the U.S. border, which is now controlled by cartels.

What have we conserved of the common good? How many of our liberties are still standing? A sober, searching answer to that question would reveal why conservatives and Christians feel that we’re in a crisis.

Losing to the Globetrotters Gracefully

Whenever the left made outrageous attacks on long-standing institutions or crucial principles, what ensued was like a Harlem Globetrotters game. The Globetrotters executed some high-flying, colorful move in defiance of the rules. The right responded like the Washington Generals, the team paid for decades to lose gracefully and make the Globetrotters look good. The Generals waved to the referee, who of course imposed no penalties. Then they earnestly, doggedly tried to stop the Globetrotters from scoring. Their play was colorless and predictable, which made it more fun to watch the Globetrotters flabbergast and beat them. Rinse and repeat. (See the campaigns of Bob Dole, John McCain, Mitt Romney, Jeb Bush, et cetera.)

Donald Trump disrupted all that. He played like a Globetrotter. And that infuriates veteran Generals players like Romney, Bush, and French. Such people stand up and warn us, “The Rule Book’s our only protection! Without it, the Globetrotters will crush us!” To which, of course, we respond, “They’re already crushing us, every game. They don’t feel bound by the rules, so why should we?”

At that point things get really silly. The Generals pretend that the rules of basketball are somehow part of God’s eternal law. Or our obligations as Christians. So we must adhere to them rigidly, to shame the Globetrotters or something. … I lose track of the argument after that.

The Golden Mean and its Enemies

There’s a more fundamental issue here, which has nothing to do with Donald Trump. In defending both the common good and personal liberty, we must cling to core principles that stand in tension with each other. As prudent political actors, we must sometimes allow the claims of tradition give way a bit to liberty, or conversely, pare back some liberties to preserve the common good. In our search for the Golden Mean, we will equally offend the people who stand at the extreme end of either unyielding pole (which neither Ahmari nor French occupy):

Theocrats, who want the State to promote every good thing in human life. Especially the highest good, eternal salvation. So they urge the State to use its power to suppress false religious views and superstitious rituals. Open theocrats are rare outside the Muslim world, but they’re rising in some Catholic circles, as I’ve warned here on several occasions.

(Secret theocrats, of course, are everywhere. The left dreams of a militantly secular theocracy. It’s eager to ride over the claims of liberty any time it advances its eschatological vision of how to save mankind. For instance, from the menace of carbon.)

Radical individualists, who think the only good that the state has any right to promote is freedom itself. Anything more than that they dismiss as paternalism, or … theocracy. Consistent individualists (as opposed to opportunists who only talk about legal pot and porn) point out that the state’s war against discrimination also violates freedom of association and contract. Individual rights don’t really include the right to force an unwilling employer or homeowner to hire you or rent to you. When we ban discrimination, we do so to promote the common good, on the strength of a vision of man dependent on biblical values.

The Claims of Freedom and Reason

Those who incline toward theocracy rightly point out that freedom itself, in chemical isolation as merely the absence of state coercion, is a sterile and hollow value, like a test tube full of sulfur. (How do you plan to use that sulfur?) They rightly scoff when David French hails drag queen story hour at public libraries as one of the “blessings of liberty.”

Those who incline toward individualism point out that their critics are hungry for power over their fellow men. Now, that’s true to some degree of everyone who wants the state to do anything active at all. If I want to stop grocery stores from selling cigarettes to 10-year-olds, in one sense you could say I was grasping for power.

But there’s clearly a Golden Mean here. Yes, we’re talking about power. But it’s power based on reason. I can reason with the store-owner. I can show him based on evidence and arguments available to all that cigarettes are harmful. So children are unfit to decide to use them. We can also show via reason some very basic truths of metaphysics and morality. We call this list of truths the natural law. While many tenets of the natural law are echoed in divine Revelation, each one of them can be known by reason alone. Not that everyone will find our arguments persuasive, of course. But we don’t rely on leaps of faith or voices from heaven to argue that murder, oath-breaking, slander, or rape are wrong.

However, the real theocrat wants to go further. He doesn’t just want the state to enforce those parts of the natural law crucial to the common good. He dreams of a perfect society, where everyone knows the truth. The whole truth, including the truths of divine revelation, whatever he thinks those are. Maybe the tenets of Muslim sharia. Or the visions of Joseph Smith. Or the authority of the pope, or the Bible.

Faith, on Pain of Prison?

A theologian can express such claims using rational discourse. But whether or not you accept them depends (Christians believe) on special revelation and divine grace. That’s a gift from God which no other person can give you, or know if you’ve received. It’s irrational to use the coercive power of the state to force someone to act on claims that you can’t even know he has the power to believe.

Let me illustrate that point. Is it rational to argue for the resurrection of Jesus? Yes, based on the evidence. Is it fair to demand, of any stranger not yet convinced of that miracle, that he assent to it and act on it anyway? To impose that by prison terms?

Somewhere, between the fecklessness of libertarian “You do you,” and the dystopian dream of forcing everyone to be good on pain of prison, we can find the Golden Mean. The road to it lies in the natural law.

The great Constitutional scholar Hadley Arkes points the way. Weighing in on the Ahmari/French debate, he reiterated his long-standing contention. The First Amendment, right up through the 1940s and 50s, was correctly read by courts as permitting the state to promote religion as a public good, and advance the natural law as conducive to the common good. Bad court decisions based on shoddy arguments banished this, our Founders’ real political philosophy, from the halls of government. We didn’t need right wing critics of the American Experiment to tell us that the American system wouldn’t work without that.

The left, of course, is eager to fill the void with its own, irrational, faith-based version of the common good. (Hundreds of genders, carbon as poison, the world ending in 12 years … the bizarre revelations keep pouring in from some oracle.)

And they’re eager to trample over all our liberties to impose it. We accomplish nothing by accepting (as French does) the relativism of those bad court decisions, and demanding that relativism protect us too. Those are false rules, the refs aren’t listening, and anyway the Globetrotters don’t play by them.

We discredit ourselves as little better than the left when we slink back to the vomit of theocracy.