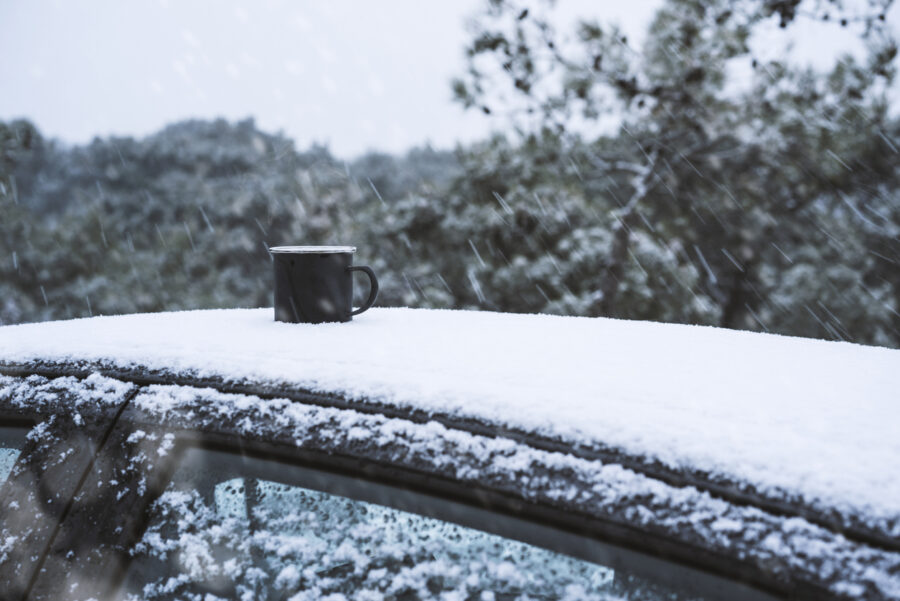 A little tough getting going yesterday after the holiday weekend? Stuck digging out snow?

Biden and Pelosi are planning a big shindig Thursday to mark the anniversary of the January 6 Capitol riot. (No such commemoration last summer in honor of the 2020 White House Riots.)

The Democrats — and Liz Cheney — are clinging to the “insurrection” fallacy like Jussie Smollett clings to his hoax. (Trade Feds for Nigerian brothers.) And Thursday’s celebration commemoration is staged to portray (again) Trump and Trump voters as dangerous “insurrectionists,” “domestic terrorists” and “white supremacists.”

Nancy “No, Donald, We Don’t Want Your National Guard Down Here” Pelosi will be ringleader. Joe Biden is set to venture to the Capitol. (They’ll tell him it’s Delaware.) Kamala’s even on the bill. As she says, she can’t get out of DC!

Except God may have other ideas. The weather may force a change in plans. The Nation’s Capital got nuked Monday with an unexpected and very heavy (literally) snowstorm.

Capitol Hill after the snow! pic.twitter.com/ZJMfQPPjsN

For a time, Joe Biden was stuck on Air Force One when he returned to the DC area.

AF1 has arrived back at Andrews, but the stair lifts are struggling to get through the thick snow on the tarmac so the president, staff, and media are stuck on board pic.twitter.com/fwJpBOtEFm

What’s more, another burst of snow is expected Thursday. As Bonchie points out, Swamp roads are going to be slippery and torturous. And if you know anything about Washington, DC, folks there simply do not handle snow well. The Federal government shuts down quicker than Nancy Pelosi when you ask her to release Jan 6 video.

DC didn’t sweat the Cuban Missile Crisis like it does the first snowstorm of any season.

In other words, Thursday’s commemorations may be in jeopardy, or at least dramatically curtailed.

Meanwhile, networks and news services are beginning to ramp up their January 6 “insurrection” anniversary narratives. Healthy tip: If they don’t mention the name Ray Epps or John Sullivan, or question the violent deaths of Ashli Babbitt and Rosanne Boyland, you’re better off with Golden Girls reruns. In any event, you are well off reading Revolver’s investigative reports, including their latest expose on Epps.

Speaker Nancy Pelosi plans on stepping down after the midterms, the Washington Post is reporting.

This should come as a surprise … to those who thought she’d simply board a broom and zoom away. (We jest.)

The leading candidate to replace Pelosi as the top Democrat in the House? Rep. Hakeem Jeffries. Oh, who we kidding? It’s AOC’s House now. And anyone who disputes that obviously wants to date her.

You can still find the conversation despite Big Tech’s effort to silence the guy who actually invented the mRNA technology used in the primary COVID vaccines. You can even find the transcript in the Congressional Record. Rep Troy Nehls put it there, knowing Big Tech can’t remove it from there.

Here’s an idea. Instead of just putting it in the Congressional Record, why don’t Republicans put Big Tech on notice that the censorship ends now or their fun ends in 2023?

But let’s talk Big Tech boomerang. Twitter’s banning of Dr. Malone ticked off Rogan so much he joined Gettr. And, according to the social media site, about a quarter of a million people joined with him.

What’s a Sure Sign You’ve Messed Up? When O.J. Simpson Trolls You for Your Behavior.

Lots of folks are ripping NFL wide receiver Antonio Brown for up and quitting in the middle of a game Sunday. Those critics now include O.J. Simpson. The NFL great-turned NBC announcer-turned double murderer lambasted Brown for quitting.

In a Twitter video, Simpson said, “What Tom Brady has done for Antonio Brown, for him to pull what he pulled today is completely inexcusable. The playoffs are coming up and you pull this crap on a guy who really went out on a limb for you. Total BS. Inexcusable.”

By the way, does anyone else find it curious that Twitter is fine with OJ tweeting to his heart’s content, but Robert Malone is banned?

As we mentioned last week, NASCAR driver Brandon Brown has had trouble getting corporate sponsors since the whole “Let’s Go Brandon” thing started. Well, Brown decided to embrace the phenomenon instead, agreeing to a car sponsorship with LGBCoin, a crypto-currency.

Now NASCAR is saying the company behind LGBCoin jumped the starter’s gun by announcing the partnership with Brown, and the sponsorship hasn’t been approved. Typhoon Capital Management says the sponsorship has been approved, it’s just contingent on a LGB logo being designed for Brown’s car. Sorry. No “Let’s Go Brandon” sprayed across the car.

In case you missed it, try out my “Predictions and Prayers .. and Plenty of Laughs … for 2022”

Stream senior editor and apologist Tom Gilson has a word for atheists: “Atheists Should Run With Their Logic Where It Leads: Away from Atheism.”

Plus, Mark Judge is cutting against the grain. He explains “Why Christians and Conservatives Should Love West Side Story.” The new Steven Spielberg version currently in theaters, that is.