Why Christians and Conservatives Should Love West Side Story 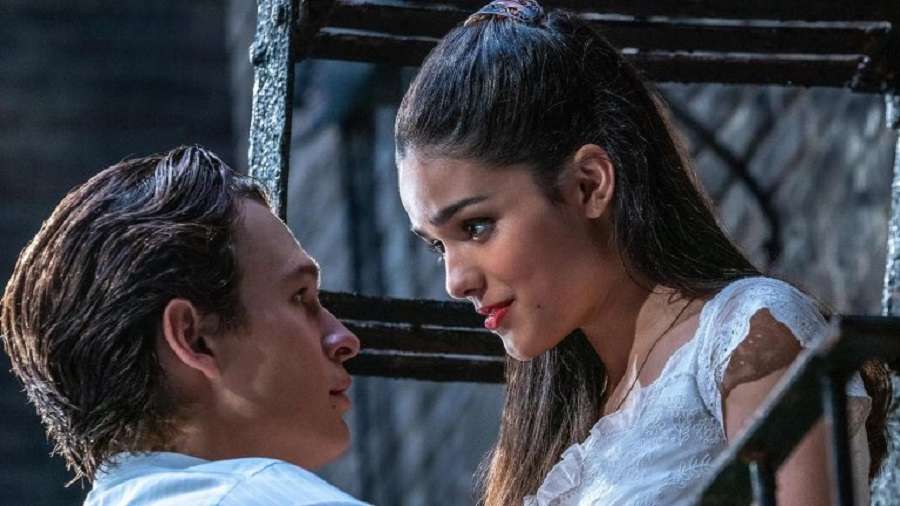 It’s refreshing to go see a major Hollywood movie that reinforces some timeless truths. A film that preaches that love is more important than race, and that men and women long to be married to each other in a church ceremony that bonds them before God. A movie that argues that prison can actually do some good for those who are willing to change their ways.

It doesn’t hurt if the film has an incredibly talented cast and amazing music.

Such a movie is now playing. It’s called West Side Story. It’s a new version of an American classic, a 1961 musical now redone by Steven Spielberg. The remake has not done well at the box office, and has also been slammed by critics on both the left and the right. That’s too bad, because this is an enchanting film whose two main protagonists stand for the idea that racial obsession is toxic, and that the God-ordained love between a man and a woman transcends dumb politics.

Conservatives have dismissed West Side Story as “Woke garbage.” This description in National Review is representative: “Instead of being a musical love story it’s a social-consciousness musical. They peddle today’s worst political delusions … relying on schmaltzy romanticism that no longer exists post-Madonna and post-hip-hop.”

Not Woke Enough. Is Anything?

The left also isn’t happy. (Is it ever?) Writing in the New Yorker, Richard Brody takes issue with several things in the movie. One, the script (mostly the original play but with some additions by Tony Kushner) has made the character Tony an ex-convict. Worse, he is an ex-con who actually learned something while behind bars. He wants to get away from the narrow, bigoted 20 blocks of gang warfare and the petty ethnic rivalries that go with it. Carps Brody: “This simplistic backstory is an endorsement of incarceration: the movie makes it clear that Tony came out of prison a better person than he went in.” Wow, imagine that. Might make you rethink abolishing the police.

Too Much Toxic Godliness

Brody also does not like an explicitly religious scene in which Tony and Maria on their first date pretend to take their vows. The couple sing the beautiful “One Hand, One Heart,” in light-filled, spiritually charged scene that was shot at the Church of the Intercession on West 155th Street. I’ve seen far less obvious Christian imagery in the movies of Mel Gibson. The New Yorker’s Brody harrumphed at the

solemn faux union [in] the expressly religious setting of the Cloisters, at an altar in front of a stained-glass window. In another nod to the beneficial effects of his incarceration, Tony explains to Maria that he saw the Cloisters for the first time from the window of the bus that was taking him to prison.”

So Tony made a mistake, paid for it, and turned to God. Tell me again why conservatives hate this film?

The Melting Pot Was Working

If two people falling in love and wanting to get married despite the hatred, ignorance and critical race theory of their friends and family is “schmaltzy romanticism,” then the world needs a lot more of it. There also is no better time to reinforce the message that in America, men and women of all different races and backgrounds are free to love and even marry each other.

The world is a lot different than it was fifty years ago. The white gangs of New York who came from Italy and Ireland (my people) are largely gone. Most Americans, at least those away from the TV studios in New York and the school faculty lounges, are generous and kind-hearted people.

West Side Story defends the importance of this reality against the race obsessives of the modern world, who now are all on the left. When black Christian commentator Candace Owens married a white Briton, the only blowback wasn’t from Trump supporters, but from trash rapper Cardi B. In saying that Owens had an “identity crisis,” Cardi B sounded a lot more racist than Donald Trump ever did.

Based on Romeo and Juliet

The plot of West Side Story remains well known to most Americans. The setting is New York City in the 1950s. The Jets, a white gang, are at war with the Sharks, a group of Puerto Rican immigrants. In the new version, the gangs are fighting over smaller and smaller turf. “Urban renewal” is demolishing most of the neighborhood and tensions are high.

At a school dance one of the Jets, Tony (Ansel Elgort) a former juvenile delinquent who spent a year in prison for assault, falls in love with Maria (fantastic newcomer and genuine star Rachel Zegler), the sister of Sharks leader Bernardo (David Alvarez). Bernardo, who is more obsessed with race than Joy Ann Reid, forbids the relationship and triggers a series of events that will turn tragic. Rounding out the outstanding cast are Ariana DeBose as Anita, Mike Faist as Riff and national treasure Rita Moreno as shop owner Valentina.

The original West Side Story won ten Academy Awards, including Best Picture. Based on Romeo and Juliet, West Side Story featured Leonard Bernstein’s brilliant music and the late Stephen Sondheim’s lyrics. Spielberg’s direction in the remake is flawless, and the cast is mesmerizing.

Yes, Hollywood is largely a swamp of Woke propaganda. West Side Story is an exception to the rule. When Maria defies Bernardo, announcing that she is in America now, and that she will think for herself, and that she wants to be happy, it sounds like she wants to make America great again.