The Morning Brew: AOC Thinks You Want Her … and Other Weirdness to Start the Year

Plus a farewell to Betty White. 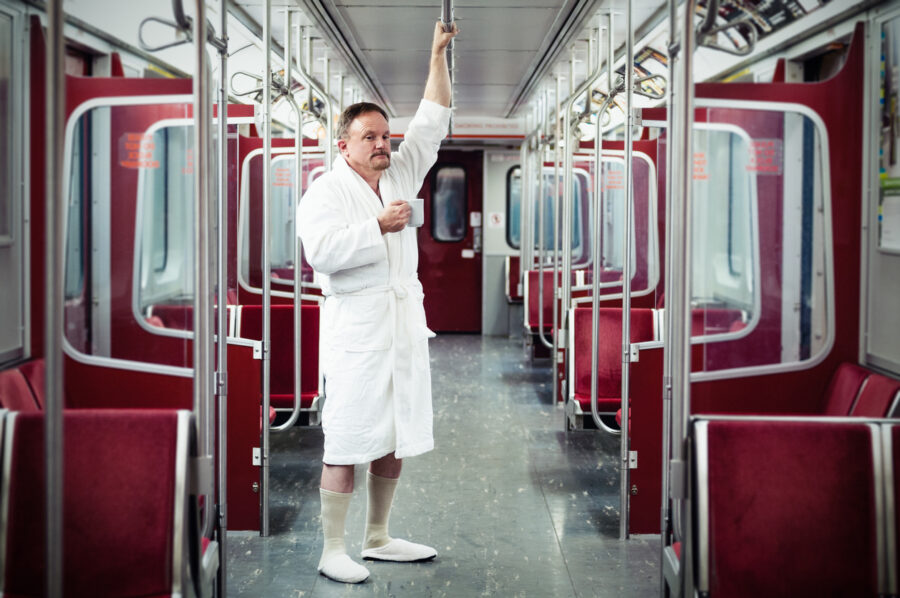 So stoked to start 2022 with a hot and fresh Morning Brew.

America’s starting the New Year with a sniffle. The Omicron variant of COVID … though mild … knocked a lot of people out of action, canceled a few bowl games, scrambled NFL and NBA rosters, disrupted flights, and diverted cruise ships.

Ben Shapiro has a great thread laying out how the COVID narrative has flipped in recent weeks. For example, how Fauci is now talking about distinguishing between those hospitalized who happen to have COVID versus those hospitalized for COVID. And how cloth masks are ineffective. And how the vaccinated can catch and spread COVID.

So once it became clear that covid was not in fact a pagan god visiting vengeance on the unwashed Trump voters alone, the media and Democrats are now willing to admit the following:

It may have been New Year’s, not Halloween, but the ghouls were out in force. For the past two years, if someone in Florida sneezed, Gov. Ron DeSantis got attacked. Last week, the recent spike in Florida Omicron cases had his critics again in a tizzy. Since DeSantis wasn’t making public appearances, hostiles from state representatives to AOC were screeching at DeSantis for being “missing” in the midst of a “crisis.”

The truth? Not only was DeSantis tending to public business, he was accompanying his wife Casey to cancer treatments.

No heart. No shame.

And speaking of Alexandria Ocasio-Cortez …

AOC’s Deranged Fantasy That GOP Men Want to Date Her

AOC must have started her New Year’s Eve drinking early because she had to be half-sloshed to tweet what she tweeted Friday.

Backstory: While her New York constituents are being locked down like terrorists and subjected to sadistic mask and vax mandates, AOC fled to Miami with her boyfriend for New Year’s. There, the mask-free couple was spotted enjoying Florida’s freedom.

Naturally, AOC was ribbed and ripped for her hypocrisy. And Steve Cortes also took a light-hearted jab at her boyfriend’s footwear.

AOC’s response? An astounding blend of nastiness and narcissism. She accused Republican men of having “sexual frustrations” over not being able to date her. She tweeted, “If Republicans are mad they can’t date me they can just say that instead of projecting their sexual frustrations onto my boyfriend’s feet.”

If Republicans are mad they can’t date me they can just say that instead of projecting their sexual frustrations onto my boyfriend’s feet.

Candace Owens called it “potentially the filthiest, most immature response I’ve ever heard uttered from an elected official that is facing critique.”

“You just want to have sex me” is potentially the filthiest, most immature response I’ve ever heard uttered from an elected official that is facing critique.
She’s quite literally creating a Republican sexual fantasy about herself. #AocMeltdown https://t.co/u3AGcomtJh

I guess we can look at the bright side. Usually when you criticize AOC she accuses you of being a racist, sexist xenophobe. Now she’s Sandra Bullock in Miss Congeniality. “You think I’m gorgeous. You want to hug me. You want to date me.”

But for AOC’s sake, let’s settle this scientifically. Men: Would you rather date AOC or pour molten lava down your shorts? I thought so.

Fresh off banning Dr. Robert Malone, who only invented the mRNA technology used for vaccines, Twitter has taken down another foe of the Fauci/Biden/Democratic COVID response.

Rep. Marjorie Taylor-Greene has been permanently suspended by Twitter. The excuse? For “repeated violations of our COVID-19 misinformation policy.” And by “misinformation,” they mean, of course, anything that doesn’t line up with whatever Fauci is sputtering on a given day. And “that which will be proven true within six months.” Or tweeting the government’s own statistics.

At the moment, the ban is only for her personal @mtgreenee account, and not her less utilized @RepMTG account. But the day is young.

Rep. Taylor-Greene responded to the suspension on Gettr.

When Maxine Waters can go to the streets and threaten violence on Twitter, Kamala and Ilhan can bail out rioters on Twitter, and Chief spokesman for terrorist IRGC can tweet mourning Soleimani but I get suspended for tweeting VAERS statistics, Twitter is an enemy to America and can’t handle the truth. That’s fine, I’ll show America we don’t need them and it’s time to defeat our enemies.

Statements like that are why Taylor-Greene is one of John Zmirak’s “Top Five Freedom Fighters of 2021.”

Taylor-Greene has long had a Twitter target on her back, so if it wasn’t for COVID “misinformation,” she’d be permanently banned soon enough for, say, defending the January 6 political prisoners.

Meanwhile, Speaker Nancy Pelosi is planning all sort of events this week to commemorate the anniversary of the January 6 Capitol Riot. Celebrating her handiwork, some would say.

Antonio Brown Quits in Mid-Game, Shedding His Uniform on the Field

If you were expecting 2022 to throttle down on the weird, forget it. Tampa Bay Buccaneers wide receiver Antonio Brown put an end to any such notions. Brown, who has had a string of issues the past few seasons, quit mid-way thru the Bucs game with the Jets Sunday. As in, he took off his jersey, his shoulder pads, then tossed his undershirt and gloves into the stands, and waltzed through the end zone trying to whip up the hometown Jets crowd before disappearing into the stadium tunnel.

After the game, Tampa Bay Coach Bruce Arians declared Brown is “no longer a Buc.”

Antonio Brown has a meltdown at the hand of the #Jets and #BraxtonBerrios pic.twitter.com/RGhSYpyrOu

While football’s always had its share of eccentrics, Brown’s behavior in recent years suggests more serious problems. Tom Brady said as much. We pray he gets the help he needs.

Thanks for the Laughs, Betty White

We cannot leave today’s Brew without saying “farewell” to the great Betty White. The TV icon died New Year’s Eve, just weeks shy of her hundredth birthday. Yeah, thanks, 2021, for one last punch to the gut.

Betty started making Americans laugh shortly after World War II, and continued on through live sitcoms in the 50s, and kept us laughing right up to the end. Her career skyrocketed with her portrayal of Sue Ann Niven on The Mary Tyler Moore Show in the early 70’s. She solidified her place in the TV pantheon as Rose Nylund on The Golden Girls. Betty would later see another career resurgence in the Ryan Reynolds-Sandra Bullock smash The Proposal and the TV show Hot in Cleveland.

She even won 2010 Super Bowl with an hysterical Snicker’s ad:

This led to an epic hosting gig on Saturday Night Live.

In a 2011 interview with the Chicago Tribune, Betty offered her life philosophy: “It’s your outlook on life that counts. If you don’t take yourself too seriously, pretty soon you can find humor in our everyday lives. And sometimes that can be a life saver.”

Or as she said many times, “The older you get, the better you get. Unless you’re a banana.”

May we all be as cheerful and on top of our game as long as Betty White.