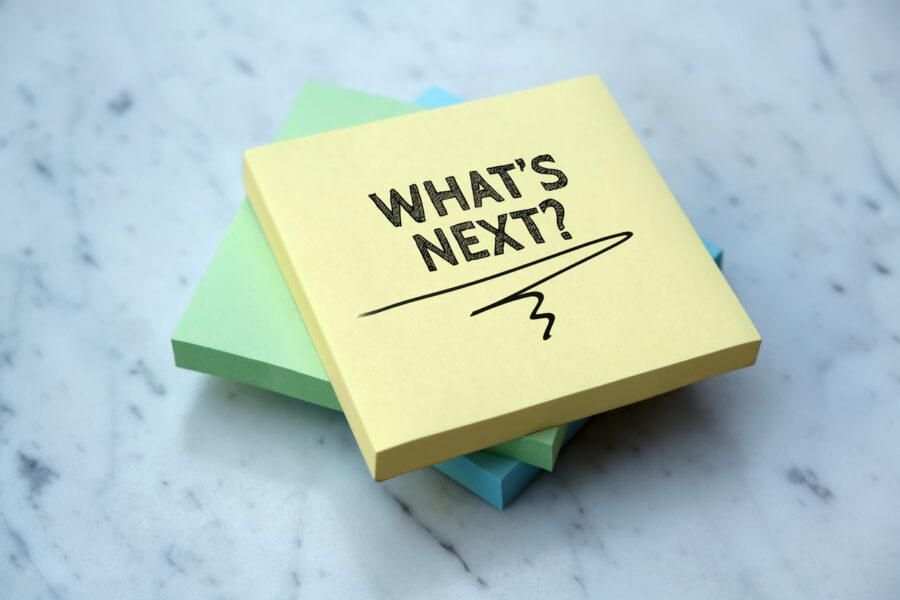 Paul McCartney is on one shoulder: “It’s getting better all the time.”
On the other shoulder is John Lennon: “It couldn’t get much worse.”

Indeed, you would have to be deliberately trying to destroy America to mess things up as badly as Team Biden did in 2021. But this is about 2022. Will it get worse? Yes and no.

Paying the Piper Here and Abroad

We will have to deal with the consequences of Team Biden’s incompetence and impotence and radical progressive policies. The world is a much more dangerous place than it was January 1, 2021. We have to face the very real possibility of China moving on Taiwan, Russia moving on Ukraine, and millions more illegally moving across our border. (Then there’s Iran likely becoming a nuclear power.)

I predict, despite his huffing and puffing, Biden will do nothing substantial when China or Russia acts or on Iran’s nukes. He won’t protect our border, why would he protect someone else’s? As a result, freedom worldwide … and our national security … will suffer greatly in 2022.

Besides, Joe Biden is fully compromised by China. With the millions and millions China has funneled through Hunter and the Biden Center at Penn State, they own Joe like a pair of aviation glasses. In 2022 they’ll get a full return on their investment.

On the positive side, as Democrats look to 2024, I predict the media will expose more of Biden Inc’s corruption in order to clear Joe out of the way.

You don’t need to be a prophet to see inflation and regulation and vax mandates will continue putting a death squeeze on the average American, particularly in blue states. Also, the millions of illegal immigrants Biden let in will push down wages for lower income workers, particularly black Americans.

On the plus side, red states like Florida and Texas will continue to prosper and grow. Not just economically, but emotionally.

With Democrats doubling down on mandates, racial politics and transgender obsession as the things Americans really care about head into the crapper, the 2022 midterm elections are shaping up to be disaster for Democrats. This could make the Titanic look like the Love Boat. RINOs will also be sunk.

The GOP … led by MAGA Republicans … will win the House and Senate. Efforts to repeat the 2020 election trickery will be unsuccessful.

By the midterms, an even greater percentage of Democrats and Independents will admit the 2020 election was fixed against Donald Trump. (I mean, who really believed Biden earned 81,000,000 votes in the first place?)

By the end of 2022 a majority of Americans will understand how far the Federal government and Democratic officials went to gin up the January 6 riot in order to crush pro-Trump Americans and quash efforts to examine the rigging of the 2020 election. It may take until 2023 and Republican hearings, but Trump will be vindicated. Again.

And what of life? Will the Supreme Court reverse Roe v. Wade when it decides Dobbs v. Jackson Women’s Health Organization in June? One can hope Roe will be completely overturned. However, this court — however conservative now — hasn’t shown itself to be courageous. I predict the Court will find a way to uphold Dobbs without completely rejecting Roe and declaring the inherent and independent dignity of each human life.

By the end of 2022, Joe Biden will not be president … or will be close to being removed. One way or another, he will be over. The charade that he is capable of executing the office will be completely destroyed, and in the wake of disastrous midterms, Democrats will be on board with him being ousted.

For the sake of the nation, and for Biden as a human being, we pray the charade won’t collapse with some tragic, humiliating display on the international stage. Or to be more accurate, an even greater, more humiliating display than Biden exhibited multiple times in 2021.

In a related vein, Biden’s continued public “episodes” will turn Americans against Jill Biden for allowing her husband to repeatedly be publicly humiliated.

At least Joe has the excuse of infirmity. What’s Kamala Harris’ excuse?

Though it is hard to imagine Kamala Harris performing her duties any worse in 2022 than she did in 2021, she has shown no indication she is improving or learning on the job. So we can count on continued head-scratchers and knee-slappers. Still, this is where praying for our leaders can come in handy. With such prayers at her back, Harris will show a small amount of growth into her office. (PS. Her first step? Stop trying to impress anybody and stop complaining.)

However, the battle between Harris and Team Biden will get uglier and uglier.

Americans Will Stand Up

Americans will stand up in greater numbers.

America will get over Fauci. The recognition that Fauci is not only worthless, but ruthless and corrupt, will continue to spread. Sadly, the damage he and the CDC have done to the credibility of our top government health officials will last a generation.

America will quit the COVID panic. We are so over this nonsense.

America will reject cancel culture. Efforts to destroy people for mistakes from their past, or one ill-worded tweet, will be met with yawns. The failure to cancel Dave Chappell is a sign of things to come.

America will loosen Big Tech’s grip. Alternatives to Facebook and Twitter will continue to flourish. (Have you joined @TheStream on Gettr and Gab?) The new Republican Congress will promise to take aim at Big Tech’s censorship campaigns … to say nothing of their efforts to fix elections.

America will fight for our children. Parents will increase efforts regain control of what’s being poured into their kids’ brains. School boards will fall into the hands of the sane. Poisonous ideologies will be exposed.

America will side with MLK’s Dream rather than the Marxist, racist CRT/BLM Nightmare.

America will choose a sunny spring of life over Biden’s dark winter of death.

Finally, a prediction about mood.

The “Let’s Go Brandon” phenomenon points to a reason for optimism in 2022. Americans took a cruddy year and their crude frustrations with a failed president who feels contempt for half of us, and turned it into a cheerful rallying cry. That the phrase was first uttered by a mainstream media reporter gaslighting viewers to protect Biden makes the slogan that much more inspiring. A curse was turned into a cheer.

Similarly, the impish right-leaning independent Greg Gutfeld dethroned the dour band of liberal hosts to become the undisputed King of Late Night. Why? Not just because his Fox News show is flat out funnier. It’s because he offered sparkle rather than spittle. Light instead of dark. Joy instead of Joy Reid.

And that is reason alone to enter 2022 with hope and a smile.

For more reason for optimism, see Dr. Michael Brown’s “2022: The Year to Take Back Ground.”