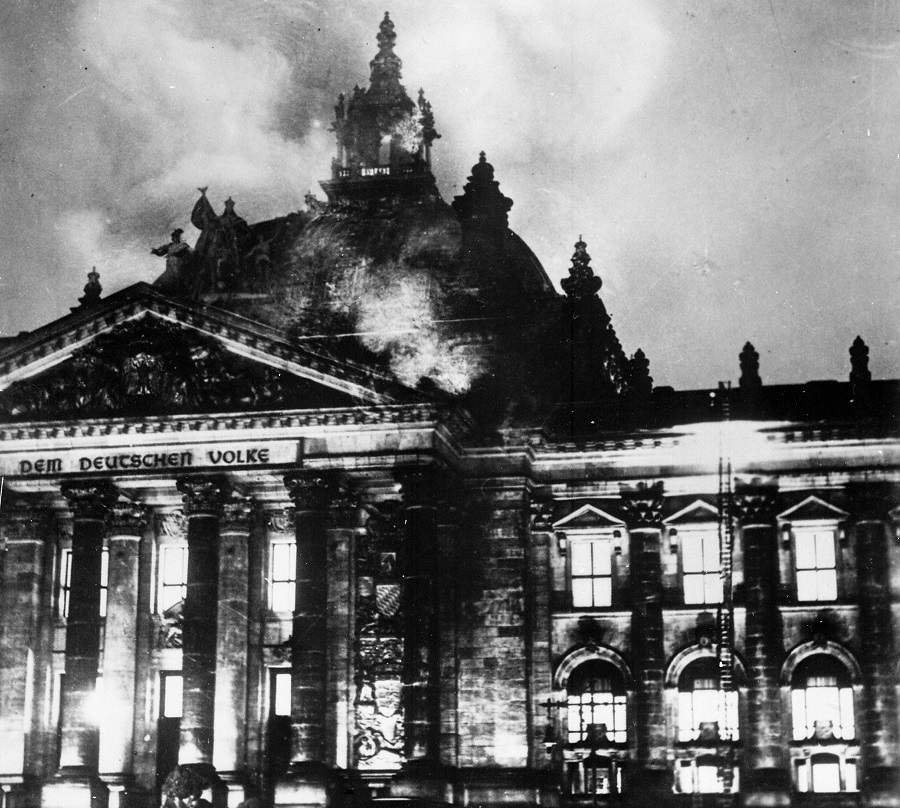 I want to believe them. My life would be much easier if I did. Wouldn’t it be nice if we could trust the nice men from the government? And those from the rest of the Oligarchy (Big Media and Big Tech)? When they say that their sole concern is preserving innocent lives from the Chinese Virus, I wish that were true. Don’t you?

I don’t like feeling scared of the most powerful actors on earth. They control my country — despite the best efforts of President Trump. I know he means well. But he’s riding an elephant stampeding toward the abyss while trying to seem as if he’s steering it. God watch over him, Trump’s a much better patriot than I am. If I had his bucks I’d be sitting in some Baroque castle in Austria, peacefully cataloging my art collection.

The best part of my day? It’s the first few seconds, as the beagles jump all over me for breakfast. My bleary mind’s still clutching at fragments of my dreams. None of them is as bad as what we each wake up to. As I stumble into the kitchen to find the little packets of fresh salmon or turkey, it’s sometimes even a minute before I remember the plague that’s upon us. Yes, the virus, but much more than that. For all the thousands it’s killing, the virus is just the primary infection. It broke our immune system. We’re gravely sick with the Tyrannovirus, and it might very well kill us.

The Constitution Has Been Suspended

Let’s start with this: The U.S. Constitution has been effectively suspended. Just as the German constitution was after the Reichstag fire. Roll that around in your head for a while. See how it changes your day. Churches are closed. Small businesses are dying like patients in an Albany nursing home. And Speaker Nancy Pelosi is proposing that the government just print all the money required to put the whole country on a pension till …. Well, till when exactly?

The goalposts of normalcy are moving so fast it gives you a headache. First we needed to lockdown until we had enough ventilators and masks. Then it was tests for the virus. Then it was until the “curve” of patients had flattened, and hospitals weren’t overwhelmed. Now we’re hearing that the “new normal” could be with us … forever. That state governors will rule by decree and control our lives till … a vaccine gets invented. If that ever happens. And oh yeah, researchers are going to insist on using aborted babies to make it.

Every network except a few shows on Fox broadcasts the same viewpoints and flogs the same targets of hate. They also just happen to repeat without any mistakes the talking points of the Chinese Communist Party

In the media, every network except a few shows on Fox broadcasts the same viewpoints and flogs the same targets of hate. They also just happen to repeat without any mistakes the talking points of the Chinese Communist Party. You know, the group that seems to have bioengineered this virus. Then when they accidentally released it, locked down travel to the rest of China. But they let thousands fly to the rest of the world like Japanese Zeros hitting Pearl Harbor. Then bought up all the surgical masks, and tried to charge us 1000 times their ordinary price. They’d already bought the World Health Organization, so it peddled their lies for months.

The same government running concentration camps. And stealing organs from imprisoned religious dissenters to sell on the black market for cash. Those people. We’re supposed to trust them.

And if we say anything that contradicts the World Health Organization? Then the World Information Monopoly (acronym: G.O.O.G.L.E.) will tell its subsidiary YouTube to censor us. We might be virologists or epidemiologists with vital alternative theories. Or doctors curing patients with a cheap, safe malaria drug. But the tech nerds working in Silicon Valley will silence us, since they know better.

Break Up Big Tech and Amazon

Are you feeling safer yet? More trusting in the Oligarchy? More ready to leave those constitutional rights lying around in the driveway? Or are you maybe thinking that while we still have a president who cares about America, he should take action against it all? Maybe break up Google, and Facebook, and Amazon, into 50 little pieces the way we once split Ma Bell. At least Ma Bell didn’t listen in on our phone calls and cancel our service if she didn’t like what we said on the phone.

Of course, everything any conservative or Christian does or says to push back will get the same kind of answer. “Lives, you’re endangering lives! You hypocrite, who calls himself ‘pro-life!’” We have the right answer to that. Any time someone says something like this, demand that he answer this question:

Why is Governor Cuomo of New York forcing nursing homes to take in virus patients? Isn’t the whole point to protect the most vulnerable? Will you denounce him for that? I didn’t think so. Who’s the hypocrite?

What you’ll hear back is crickets, and you’ll never hear from that person again. Consider that a win.

The WHO Censors America

Two front-line doctors (Dr. Dan Erickson and Dr. Artin Massihi) produced a video criticizing the lockdown, based on their medical judgment. Go watch it here, while you still can. It went insanely viral, “reaching over 5.46 million views, and sparked debate over recommendations to lift the shelter-in-place order,” as ABC News of Bakersfield, Calif., reported. Then YouTube shut it down, citing its “community guidelines.” Yes, that’s an official policy. Read The Verdict’s report.

Speaking on CNN’s Reliable Sources, Wojcicki said that the Google-owned video streaming platform would be “removing information that is problematic”.

She told host Brian Stelter that this would include “anything that is medically unsubstantiated”.

“So people saying ‘take vitamin C; take turmeric, we’ll cure you’, those are the examples of things that would be a violation of our policy,” she said.

“Anything that would go against World Health Organisation recommendations would be a violation of our policy.”

The WHO, which denounced Trump’s travel ban. And denied as late as January that the virus was truly contagious. And told us not to buy facemasks, since they wouldn’t work.

The worst thing is seeing typically sane people lose their balance thanks to this crisis. For instance the canny author and political analyst Scott Adams. Yes, the guy who created “Dilbert,” and predicted Trump’s win against all the experts. But he fell into a common, dangerous error recently. He responded to YouTube’s act of medical censorship this way. (You’ll also see my answer.)

This is a debate worth having. My starting opinion is that yelling fire in a crowded theater is data too. We do draw lines when it makes obvious sense to do so. Is this one of those situations, given that the fate of civilization is on the line? Who decides? https://t.co/C2ecqBuuZm

The “fire in a theater” argument is so hackneyed and overused. It’s the go-to rationalization for every censor from here to Beijing. Mass censorship is what let this disease go wild in China. Do you trust YOUTUBE, frigging YOUTUBE to take over the CCP’s role here?

In fact, that very cliché begs the question it asks. If someone’s yelling “Fire!” in a crowded theater, what’s the first thing you want to know?

But Is There Really a Fire?

Well, is there a fire? What if the answer’s unclear? There’s smoke billowing somewhere. It might be a fog machine. Or smoke bomb thrown by a prankster. How do you find out the truth? Not by sending police flooding down every aisle to make each person sit silently in his seat until the fire marshal arrives to render his expert judgment. No, you let various voices express what they see, what they think.

That’s what China refused to do, and why the virus escaped to afflict the world. Now the far worse virus of Chinese-style tyranny is doing far more damage than the Wuhan Flu ever could — except to the poor elderly trapped by Andrew Cuomo in the nursing homes he seeded with plague.