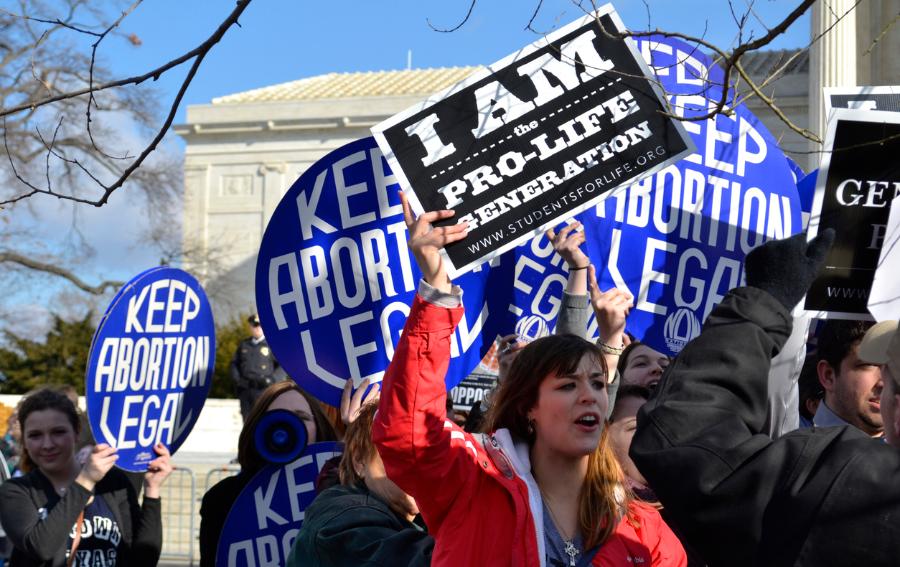 During the crisis caused by the virus China unleashed on the world, we’ve seen some pro-lifers stumble. No doubt they’re eager to keep their vital cause relevant to current events. So they claim that there is a “pro-life” position on the lockdown.

They embrace maximum restrictions on business, to “save every life” possible. That’s exactly how pro-infanticide New York Governor Andrew Cuomo talks, too. (Even as he forces nursing homes to take in virus patients, which could kill thousands of vulnerable seniors.) Such people claim that those of us who fear government tyranny, and the hunger, chaos, and suicides linked to an economic depression are being “callous” or even “anti-life.”

Now it’s possible to be callous and anti-life on the subject of the virus. Joe Biden’s chief medical advisor Ezekiel Emanuel favors passive euthanasia of the elderly, denying life-saving medicines to people over 75. Of course that’s evil, because it’s a direct, intentional attack on the innocent. Favoring that is very different from seeking to re-open the economy while minimizing threats to the vulnerable.

There is a pro-life position on abortion, euthanasia, genocide, and ethnic cleansing. But not on smoking, motorcycle helmets, gun laws, face masks, or hydroxychloroquine.

The Seamless Garment Still Smothers Us

But hardcore lockdown virus hawks who claim that theirs is the only pro-life position go much further. They’re smothering the pro-life message under a smelly, polyester leftover from the 70s. That is, the “Seamless Garment.” You find Seamless Garment workers all over the U.S. Bishops’ conference. They also show up in hipster churches of every denomination.

The Seamless Garment works as a poison pill cooked up to keep pro-abortion Democrats in power. It turns the pro-life message into a reckless Utopian program. Then it holds unborn children hostage to every other demand on the left’s agenda. The Seamless Garment

lumped together the intentional killing of more than a million unborn babies a year with every other phenomenon that might conceivably shorten some humans’ lives, from poor child nutrition to smog, from NATO missiles to Reagan’s aid to the anti-Communist contras. In essence, they said, if you aren’t a pacifist who favors absolutely unlimited welfare programs, open borders, and police using only rubber bullets, you cannot oppose abortion.

Either embrace our outrageous, implausible, and likely suicidal utopianism, or let us go on murdering a million children per year.

And in a sense the strategy worked. Almost no sincere pro-lifers were willing to adopt all the crackpot items on this Christmas wishlist, but its very existence gives crucial political cover to the likes of Joe Biden, Tim Kaine and Nancy Pelosi. The so-called “consistent” pro-life position, they suggest, is such a rigorous and demanding, unworldly agenda, that you can’t blame them for falling short on one or two items of the full glory of God. As Democrats, they can’t surrender abortion, but hey, look how much better they are than Republicans at federal grants for transgender illegal aliens!

Why should pro-lifers fall for this tactic when it comes to discussing efforts to weather this virus crisis? But that’s exactly what they’re doing. That’s what it means to denounce efforts to balance the artificial poverty the government’s imposing on America against the potential lives saved by quarantining the country for indefinite months or years.

The pro-life movement emerged from the grassroots for a very specific purpose. That is, to fight the direct, intentional killing of the innocent permitted or inflicted by the government. That’s it. So there is indeed a pro-life position on abortion, euthanasia, genocide, and ethnic cleansing. But not on smoking, motorcycle helmets, gun laws, face masks, or hydroxychloroquine.

Imagine if pro-choicers decided to cripple their own movement by falsely endorsing “choice” on every political question. Such a pro-choice “Seamless Negligee” would have to favor:

The list could go on and on. There are countless situations where liberals flout the principle of “choice” for what they consider the common good. Does anyone (outside of libertarian message boards) accuse them of being “inconsistently pro-choice”?

A Political Movement, Not a Church

Of course pro-choicers are too canny to fall for something like that. Make such an argument to them, and they’ll just laugh you off. They know that they’re a political movement with a clear political goal.

So are we. Or at least we should be. I think some pro-lifers get off track by imagining that they belong to a spiritual movement first, which dabbles a bit in politics. The truth is something more like the opposite.

The pro-life movement is driven by spiritual motives, just as much of the Civil Rights movement was. But at the heart of each we find clear political goals, and demands for legal justice for the vulnerable. That makes them political movements, first and foremost.

Some writers like Karen Swallow Prior call for us to effectively bow out of politics. That’s what it would mean to refuse the aid of allies some find unsavory (as she finds Donald Trump). Instead, we should focus on “changing the culture” or something. It’s hard not to laugh. That’s precisely what “white moderates” wanted the Civil Rights movement to do.

Martin Luther King held that position in contempt. He was right, and the white moderates were wrong. Read his famous “Letter from Birmingham Jail” and plug in “abortion” for “segregation.” The parallels are so exact, it’s eerie. Even down to the Civil Rights movement’s willingness to work with allies on the left whom some found unsavory.

Prior’s is the kind of blunder you make when you mistake a political movement seeking justice for the invisible church of the saints.