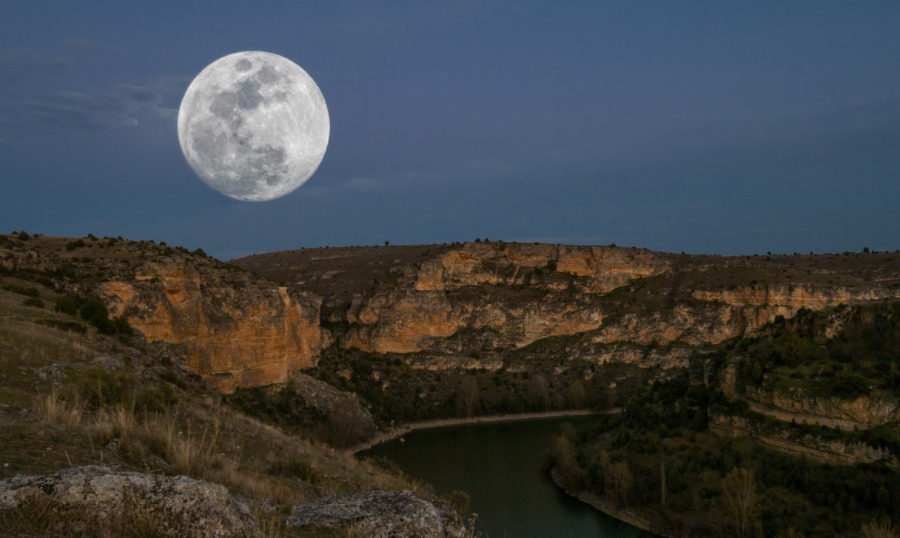 I got the call in October, 2018. It was from an old high school friend of mine. I’ll call him Kim because he reminds me of Kimball O’Hara, the protagonist in the Rudyard Kipling classic novel, Kim.

Like the Kim of the novel, my buddy Kim is intrepid, a spiritual seeker, and has the smarts to be a spy.

“Let’s meet somewhere,” he said. “I have something pretty explosive to show you. I can’t go into details.”

Great. Some new fresh hell. As many Stream readers know, for the past year I’ve been producing a series of articles about the fall of 2018. That’s when the political left, traitorous old friends, people I’ve never met, and the media tried to bury Supreme Court nominee Brett Kavanaugh, a high school friend of mine in the 1980s. Using oppo research, extortion threats and even a honey trap, the left opted for the nuclear option. A woman named Christine Blasey Ford accused Brett of sexually assaulting her in 1982 when we were all in high school. That was followed by other accusations, including feverish charges of a drug and gang rape cartel.

I survived it all by not talking to the media, politicians and opposition researchers — that is to say, our American Stasi.

Meeting with “Deep Throat” in the Parking Garage

But now, in the early days of October 2018, as the blitz was ending Kim was telling me there was something else.

We met in a parking garage in Ashburn, Virginia. It was about forty miles outside of D.C., and one of my favorite movie theaters, the Alamo Drafthouse, was there. I wanted to see First Man, the movie about Neil Armstrong, the first man on the moon.

In a private empty corner on the fourth floor of the garage, I met Kim. Tall and thin and still handsome, he had been one of the best photographers at Georgetown Prep, where we went to school. We had worked on the yearbook staff together. That’s the yearbook the American Stasi had examined with a microscope to find silly double-entendres and references to beer.

“Thanks for meeting me,” Kim said. He looked around to make sure I hadn’t been followed. Then he disappeared into the front seat of his large maroon Ford SUV. He reemerged with a manila envelope. Inside that was a smaller 5″ by 7″ envelope, and inside that was a photograph.

“Here’s my retirement fund,” Kim said. “I’m thinking of sending it to TMZ.”

This Is the End, Beautiful Friend

He slipped out the photograph. I found myself face to, um, face with ten naked backsides. It was a photograph of ten teenagers in the middle distance at a pool party, and they were mooning the camera. You could not see any faces.

A few seconds passed as I examined the picture. Imagine the ticking of a clock.

Then Kim and I looked at each other and burst out laughing.

It had been a joke. That is to say, Kim had indeed taken the picture at a party when we were in high school, but there was no telling who was in the shot. It might have even been guys from a different school.

The Joke Stasi Are Listening

The point Kim was making was that we had reached an absolute and utter dead-end level of absurdity in the witch hunt over Kavanaugh. We were at the point where a silly picture of some teenagers mooning a camera thirty years ago could conceivably be entered into the Congressional Record and weaponized against us.

Why not? Our goofy high school slang was already a part of American history.

We were living in an atmosphere out of Milan Kundera’s great novel The Joke, in which even gags came under intense scrutiny by the Marxist state. Indeed, one of the more tragic casualties of the new American Stasi has been humor. The punitive Woke and their obsession with itemizing everything wrong with evil America means that now nobody is even allowed to crack wise.

That would never work on my high school friends, some of the funniest people I’ve ever known. As I mentioned in another piece for The Stream, when media and the idiots on Capitol Hill were examining the parties discussed in an underground newspaper I had produced in the early 1980s, the other founding editor called me. “Is it too late to print a retraction?” he quipped.

Mock the Priests of Baal

The ordeal of 2018 was terrifying, to be sure. But there was also a carnival absurdity to it. The members of the American Stasi who came for us were diabolical, but also a joke. We were kids who had been raised on Mad magazine and The Bad News Bears. After the extortion threats, the media mob, and the opposition researchers, there would be room for comedy, which at its best punctures the pretentious of totalitarianism.

In his book Cold Warriors: Writers Who Waged the Literary Cold War, Duncan White notes that America once fought communism by sending forbidden book into the Eastern Europe via balloons. Oppressed people in Poland and East Germany would look up to find floating towards them balloons carrying books by Orwell and Aleksandr Solzhenitsyn. A whimsical, funny way to fight the oppressive state.

Big Brother Has No Sense of Humor

One of the most noted performances of 2018 — aside from Christine Blasey Ford’s acting debut — was Matt Damon playing Brett on Saturday Night Live. The sketch was, yes, intended to make the judge (now justice) seem angry and unhinged. But there was also a revealing part where Brett is asked by a committee member whether he drank beer in high school. “You mean was I cool?” Kavanaugh/Damon fires back. “Yeah.”

The woke liberal audience laughs, almost despite themselves. It’s like they know in their hearts that a witch hunt against kids who drank beer in the 1980s made the witch hunters rather than the kids look like fools.

Even if these were the same kids who mooned a cameraman at a pool party.

So no, there ain’t going to be any retraction.