Service & Sacrifice: ‘In Pursuit of Excellence’ 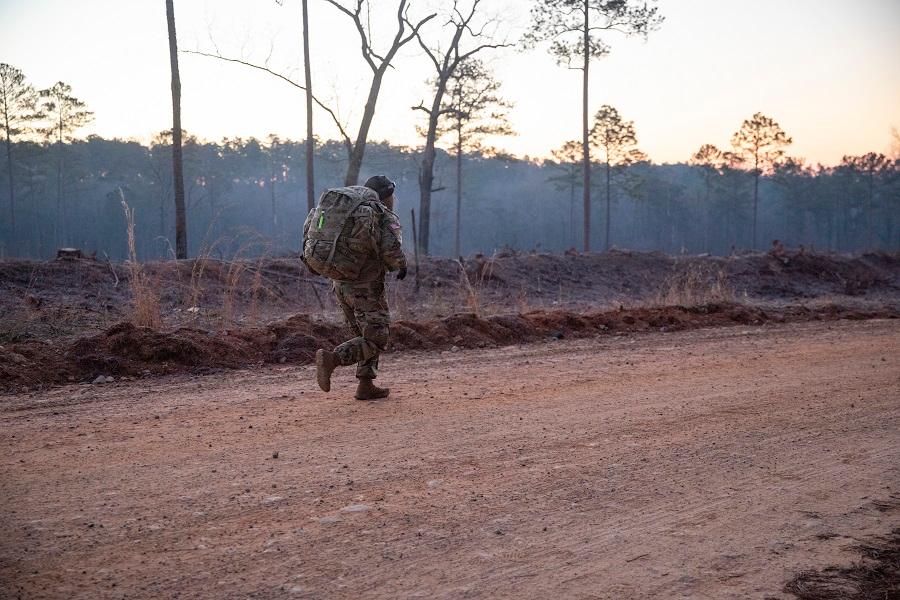 The military community is mourning another weather-related tragedy in the state of Georgia.

The U.S. Army announced that 2nd. Lt. Evan Fitzgibbon and Staff Sgt. George Taber were killed and three fellow soldiers injured on Tuesday by a falling tree. The tragic incident occurred as bad weather interrupted a training exercise during U.S. Army Ranger School at Fort Benning, which is near Georgia’s border with Alabama.

“Our heartfelt thoughts and prayers are with the families, friends, and leadership of these two outstanding leaders who unexpectedly lost their lives in the pursuit of excellence,” the Army posted on Fort Benning’s official Facebook page.

The Army’s Facebook post added that of the three soldiers injured, “two were treated for non-life threatening injuries and one remains stable under medical care.”

Last month, The Stream reported on the death of U.S. Army Reserve Sgt. 1st Class Michael Clark. The operating room specialist was killed when lightning struck Fort Gordon, where the soldier was training. Nine soldiers were injured in that tragedy.

Please join us in praying for the Fitzgibbon, Taber and Clark families, along with the 12 brave soldiers injured in these two incidents. As recent events in Georgia sadly demonstrate, just because a U.S. service member is training on the homefront doesn’t mean he or she isn’t putting their life at risk.

An Iranian terrorist was charged earlier this week for plotting to kill former National Security Advisor and U.S. Ambassador to the United Nations John Bolton.

The Justice Department said Shahram Poursafi, who authorities believe is still in Iran, tried to enlist help inside the U.S. to assassinate Bolton for his role in the military strike that took out Iranian terrorist leader Qasem Soleimani in early 2020. The drone strike was ordered by then-President Donald Trump, who has also been threatened by the Iranian regime.

Soleimani being brought to justice led to Iran attacking bases in neighboring Iraq where U.S. troops are stationed. A senior U.S. Air Force general recently warned that attacks by Iranian-backed militias on U.S. military personnel could resume in the near future.

Please pray for the more than 3,000 American troops still serving in Iraq and Syria.

It has been almost one full year since the U.S. military completed its withdrawal from Afghanistan. Thirteen U.S. troops were killed during the chaotic and deadly exit that almost everyone agreed was badly botched by Washington bureaucrats.

As former U.S. military commander in Afghanistan David Petraeus wrote this week in The Atlantic, “what is likely to transpire looks to be exceedingly dire, and the situation there will likely continue to be a significant concern for America. In fact, it will at the very least require continued military, diplomatic, development, intelligence, financial, and humanitarian resources and attention so that Islamist extremists are not able to reestablish sanctuaries—but also so that Afghans do not experience widespread starvation and so that refugees from Afghanistan do not become the kind of problem for our regional partners and European allies that Syrian refugees became in the previous decade.”

While experts worry about a renewed threat of terrorism from Taliban-controlled Afghanistan, perhaps the lone bright spot over the past year was the CIA strike to eliminate Ayman al-Zawahiri, the al Qaeda leader who had a huge hand in planning the 9/11 attacks. Finally bringing Zawahiri to justice after a two-decade manhunt was of particular relief to my friend and Three Wise Men co-author Beau Wise, who lost two brothers in Afghanistan, including one who was directly involved in the Zawahiri manhunt.

I had the privilege of sharing the Zawahiri news with Beau, who also served in Afghanistan, earlier this month.

“I ran inside, muted the TV, sat down in quiet for a minute and thought to myself: ‘Oh my God, we finally got him,'” Beau told The Daily Mail.

“It’s even more fitting that we got him in Afghanistan,” Beau added. “To me that was absolutely perfect.”

Please take a few moments to read Wills Robinson’s full Daily Mail piece about Beau’s reaction to Zawahiri’s death. It will help you understand why removing him from the battlefield meant so much to intelligence and military veterans.

“The new law will expand eligibility for VA health benefits to burn pit victims and provide toxic exposure screenings to veterans at their medical appointments,” Haley BeMiller wrote in The Columbus Dispatch. “It codifies 23 respiratory conditions and cancers as connected to burn pits, meaning veterans with those illnesses are automatically eligible for care.”

I am far from an expert on this issue, but making sure more military veterans have access to life-saving treatment seems like a very good thing that all Americans can get behind. Please join me in praying that all burn pit victims get the care they need. 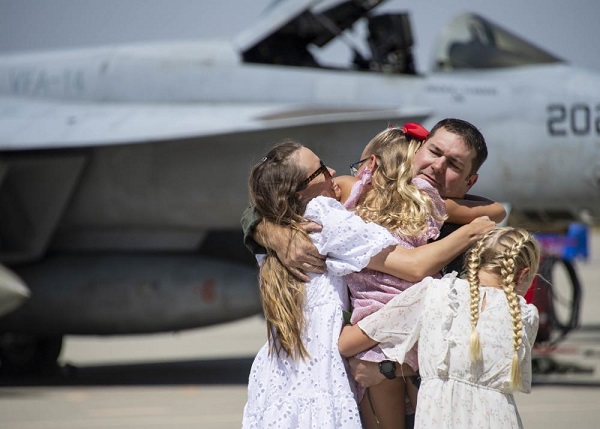 A U.S. Navy pilot greets his family during a homecoming celebration at Naval Air Station Lemoore on August 9, 2022.

Welcome home, heroes! Thank you for preserving and defending our freedom overseas.