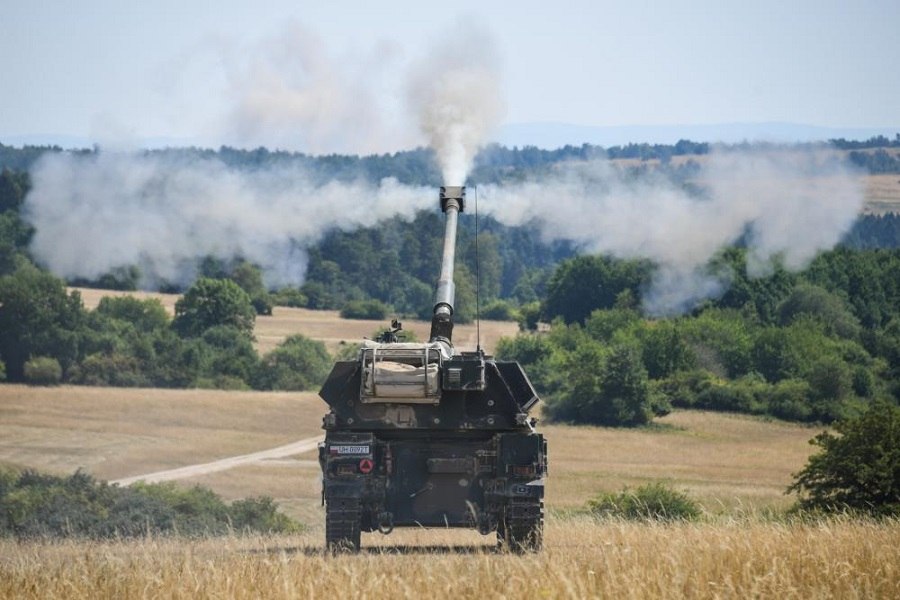 Polish and U.S. Army soldiers train together during a fire mission at the Grafenwoehr Training Area in Germany on July 20, 2022.

More members of the U.S. military are heading to Europe to show strength in the wake of Russia’s ongoing war against Ukraine.

The Washington Examiner reports that 100 members of the New York National Guard recently left their home state to train at Fort Bliss in Texas. They will then deploy to Germany to directly train Ukrainian troops on how to best combat invading Russian forces.

“This new training effort in Germany and other locations in Europe is in direct support of recent U.S. security assistance packages that are designed to help Ukraine win their battles today and build strength for tomorrow,” said retired U.S. Navy Rear Adm. John Kirby, who is now Coordinator for Strategic Communications at the National Security Council.

As you can see above, the U.S. military continues to conduct large-scale training exercises across Europe. There are currently more than 100,000 American troops on the continent, with more manpower and firepower on the way in the coming months. Please keep these deployed and soon-to-be deployed warriors and their families in your prayers.

Despite misleading rhetoric from some of our country’s most prominent politicians, valiant members of the U.S. military are still risking their lives in Iraq and Syria. There are about 3,400 combined American troops stationed in the Middle Eastern hotspots, where they are fighting the remnants of ISIS.

Ongoing collaboration & partnership!@Coalition continues our support to & close partnership with the @cmoc_sdf & the locals in their ongoing efforts to ensure ISIS never resurges while also building a path to prosperity for the people of NE Syria. #StrongerTogether pic.twitter.com/jPos8EGPxT

As you can see in the above photos recently taken in Syria, the U.S. military’s efforts include going into villages and connecting with the population. This is not easy work and carries considerable risks in areas where terrorists still hide in the shadows and intimidate local residents.

Please keep praying for all Americans still serving in the Middle East. The fight against terrorism is not over.

Stars and Stripes reports that the soldiers, who are based at Fort Bragg in North Carolina, assisted first responders after the plane crashed at the city’s airport. They heroically pulled passengers out of the burning jet until everyone escaped. Nobody was killed in the crash.

This is yet another reminder of the selfless nature of our nation’s all-volunteer military. Thank you to these three American heroes for serving our country overseas and for stepping forward to help save these passengers.

There was a terrible tragedy this week at Fort Gordon in Georgia, where one U.S. Army Reserve soldier was killed and nine injured when lightning struck the base during a training exercise.

CBS News reports that Sgt. 1st Class Michael Clark, an operating room specialist who had deployed four times to Iraq and Afghanistan, was the soldier killed in the lightning strike on Wednesday.

“Sgt. 1st [Class] Clark was a loving husband, father, and a patriot who deeply loved our country,” said Maj. Stephen Rhinehart, as quoted by CBS. “His leadership, knowledge, experience and love for his fellow soldiers was immeasurable.”

“Eight of the nine injured soldiers ‘remain in good condition’ and one has been treated and released, the Army Reserve said,” the CBS report added.

Please join The Stream in praying for the family of fallen Sgt. 1st Class Michael Clark, as well as his injured fellow soldiers. 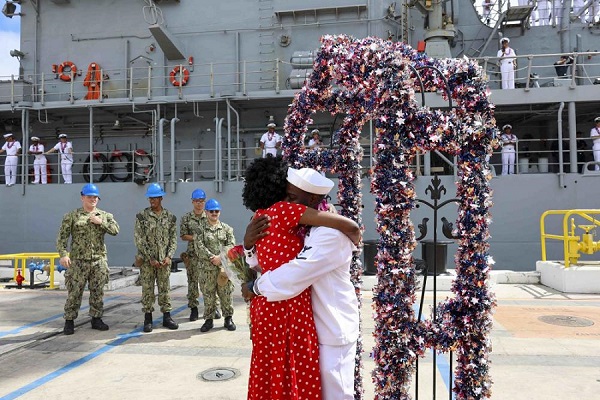 U.S. Navy sailors aboard the USS Port Royal return home on July 14, 2022, at Joint Base Pearl Harbor-Hickam in Hawaii.

Welcome home, heroes! Thank you for defending our freedom and security.