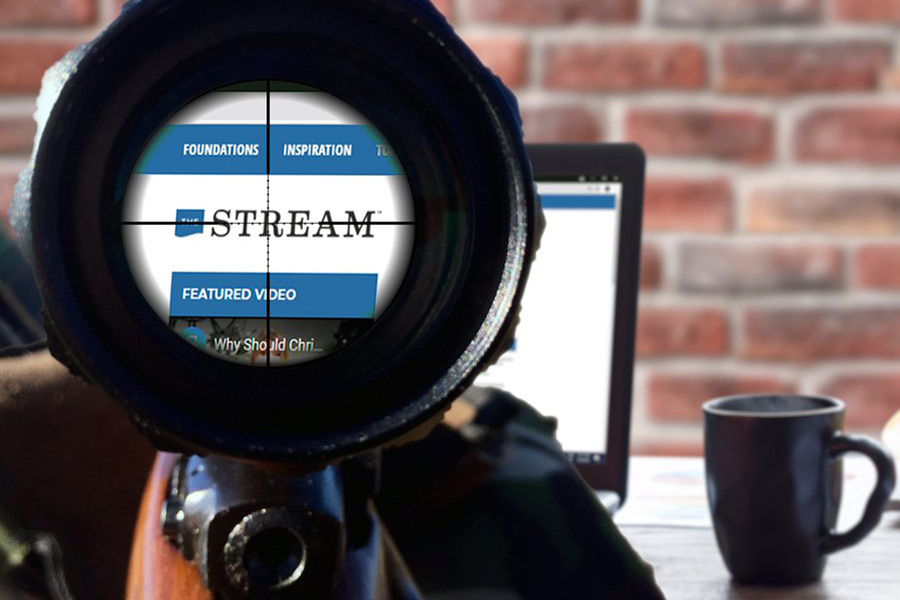 Do you remember watching Hannity and Colmes on Fox News? I personally loved the format, since it allowed each viewpoint to be stated and then tested. It also demonstrated the truth of the proverb that said, “The first to plead his case seems right till the other party examines him” (Proverbs 18:17, NJPS). Although I only saw the show a few times, the format was always the same.

I would listen to Sean Hannity, with whom I generally agreed as a conservative, and say to myself, “Great points. Well said. Obviously, you’re right. Colmes is in trouble.” Then it would be Alan Colmes’ turn, and he would effectively rebut some of Hannity’s points, raising strong arguments of his own. What do you know? Could Colmes be right, after all?

Then Hannity would respond strongly as well, and so it would go. There was no echo chamber. There was no mindless repeating of untested, untried talking points. Everything would be challenged, and fair-minded viewers could decide for themselves whose arguments seemed more compelling, more accurate, more truthful.

But what does all this have to do with an article asking about the degree to which Facebook is suppressing posts from sites like The Stream?

Simply this: I truly want every proposition I make to be tested. I have no desire to operate under a cloud of paranoia, and I have no taste for conspiracy theories. Show me the facts. Give me the data. Let me evaluate things for myself. And then let my conclusions be tested and challenged.

That’s why I just launched a new TV show for a brand new Christian network, AWKNG TV. It’s called That’s Debatable, and every week, I debate someone new, from a gay pastor to an atheist, and from a Muslim to a transgender bishop. (For highlights from the first two debates, see here and here.) Let everything be tested.

In that same spirit, I don’t want to write a lousy article that almost no one shares, only to say, “Look at what Facebook is doing to me. Poor me!”

In this case, however, we don’t need to speculate. Our tech teams can give us the details and share the hard data. We can see things with our own eyes — not opinions or speculation or hunches, but actual, factual data.

Scores of other Christian conservatives will also say to us, “Preach it, friend! The exact same thing has happened to us.”

So, are you ready for the data? (Feel free to come up with better explanations if you like. I’m simply presenting the facts.)

Right now, I have over 580,000 Facebook followers on the AskDrBrown page with another 20,000 on my personal page. (You’re only allowed 5,000 “friends” on your personal page, but others can choose to follow your public posts, hence the 20,000 number.)

Then, if I want to check for the article’s distribution, there is a Facebook website which tracks the total number of Facebook likes, shares, and comments. You type in the URL to your article, and it will give you that data instantly.

Again, this does not tell you how many times the article has been retweeted or shared on Instagram or other platforms. And it doesn’t give you any data about how many people read it directly on the website where it was posted. It simply gives you the total interaction with that article across the Facebook platform.

Now, what many of us understand is that, since January 6th in particular — the day of the storming of the Capitol — Facebook has actively suppressed articles on certain sites (like The Stream) or, more broadly, articles on any sites that touch on certain subjects considered taboo by Facebook.

What that means in practice is that, if you normally saw these articles in your news feeds, you would not see them now. Consequently, most of you would not even know the article was written, since you would never see the link to it.

Then, I compared the July 2020 articles to a sampling from this month, July 2021. All of these, too, were linked on Facebook both by The Stream and by me.

Take a look at the data, and tell me if you think my concerns are valid. Here’s a sampling from July 2020:

I also looked at the data for a number of other articles posted in July 2020, and all of them had, at the least, several thousand likes, share, and comments on Facebook.

Then, I turned to the present, July 2021. Here is a representative sampling, from the most popular to the least:

Yes, you read these numbers correctly. Do you still think I’m paranoid?

Even logic would tell you that, with an article shared with an audience of well over one-million people on Facebook, even if it was a real flop, it would still be liked or shared or commented on at least several hundred times, if not several thousand.

The Suppression is Real

I’ve also done tests on Facebook in recent weeks, posting a link to one of my articles from a non-political website, somewhere other than The Stream. Like magic, it yields much more traffic on Facebook. Or I’ve posted a meme featuring a saying from a Christian leader in the past, and suddenly, the likes and comments are flying. But when I post articles linked to The Stream, especially on certain topics, things stall dramatically.

So, the suppression is real and the challenges are not imagined. That’s the bad news.

The good news is that, if we do our best and rely on the Lord, He will help us get the message out. And so, in the end, I rejoice in the Lord rather than wallow and complain. Plus, numbers don’t necessarily equate with lasting impact. Even a few people gripped by the truth can impact a generation.

I’m simply reporting the facts here. Perhaps this will move you to pray with us even more and work even harder to spread the word.

One way or another, the truth cannot be suppressed.