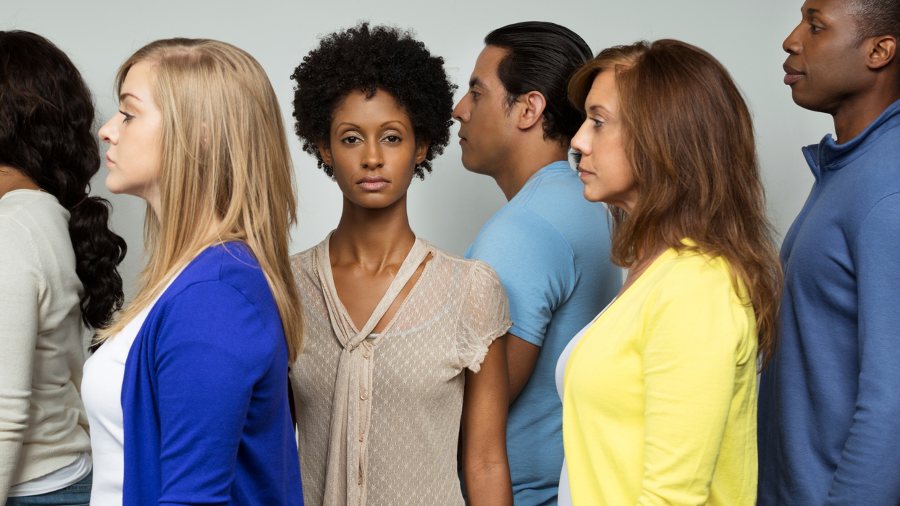 It wasn’t until I received an email from a Stream colleague that I was struck by the brazen hypocrisy of the Los Angeles Times editorial to which I took strong exception in my most recent article. Frankly, I overlooked that aspect of their editorial because I was so utterly floored by the Times defending a man who exposed himself to girls and women in a California spa while at the same time criticizing these very women.

Put another way, their defense of perversion and their turning the world of morality and sensibility upside down was what got my attention. So I devoted my article to highlighting that.

To quote the Times editorial board again: “no one has an absolute right to feel comfortable all the time. People have a right to use the spa, but that doesn’t include with it a guarantee that they all will feel at ease with everything they see.”

Yes, moms and daughters, get used to grown men flashing you in the spa. No one can guarantee that you won’t see that in the private women’s section of the spa. Who knows what else you might see?

Just be prepared to accept it. This is the age of tolerance, after all.

Picking Up on the Hypocrisy

It was this same Times comment that prompted this colleague to write to me, saying,

What’s amazing about the argument made by L.A. Times is how it is 180 degrees from what liberals were saying a couple years ago when banning conservatives from speaking on campus because of how uncomfortable conservative views made students. Suddenly making people uncomfortable is fine…

Except in this case it is not “uncomfortable.” It is a danger. And in many cases traumatic. I think of a young relative who was molested when she was about nine. Now it is okay for her to be traumatized by strange men naked in spas or locker rooms?

Where in the world are women’s groups?

It’s like that meme floating around last week. Said something like: “See a penis at a college frat party and that’s assault.” “See a penis in a woman’s spa and that’s tolerance.”

Oh, the hypocrisy of the “tolerant.” Words almost fail to convey fully the breadth and scope of it.

What Happened to Making Sure Everyone Feels Comfortable?

Think for a moment of the call for “safe spaces” on our college campuses, lest students be offended by an opinion with which they differ. (In other words, by a conservative opinion. I know of no call for safe spaces where conservative students can be kept safe from liberal opinions.)

And think of the need for “trigger warnings” to let them know that controversial subjects will be discussed in class. Perhaps they’ll want to sit that lecture out?

And then there is the existence of free speech zones on our campuses, meaning slivers of designated ground where you are allowed to stand and speak your mind freely on topics like religion or abortion or politics.

And under no circumstances can you “misgender” or “deadname” someone (as in referring to Bruce Jenner as Bruce). That is not just offensive. That is forbidden. It can even get you punished by law in some cities (and countries) while it can get you banned on social media on some online platforms.

That is the height of making someone feel uncomfortable.

The Oppressive Response of the Times

And, as I mentioned in my article, you must now speak of “chestfeeding” rather than “breastfeeding” lest transgender men who are nursing their children feel uncomfortable.

But when it comes to a man committing indecent exposure in the presence of girls and women, it is the victims who cannot always expect to feel comfortable. Oh, the hypocrisy, not to mention the perversion. It is so thick you can cut it with your elbow.

A few years ago, when the so-called “bathroom bill” was being hotly debated in Mecklenburg County, North Carolina, more than 150 people showed up to testify before the city council in Charlotte, both for and against the bill.

One woman explained that she had been raped by a man in a bathroom years earlier, and to this day, she struggled mightily when having to use a public restroom. She was deathly afraid that she would be attacked again. How on earth, she wondered, could they be debating whether biological males should be able to use women’s restrooms simply because they claimed to be women?

To her the Times would surely say, “You don’t have the right to feel comfortable.”

What a sickening response. And, for the “snowflakes” of today, what a hypocritical response.

By all means, as I’ve said endlessly, let’s continue to look for constructive ways to help those who struggle with gender identity issues, but not at the expense of the rest of the society.

And by all means, let’s call out hypocrisy of the supposedly tolerant. That is what needs to be exposed.