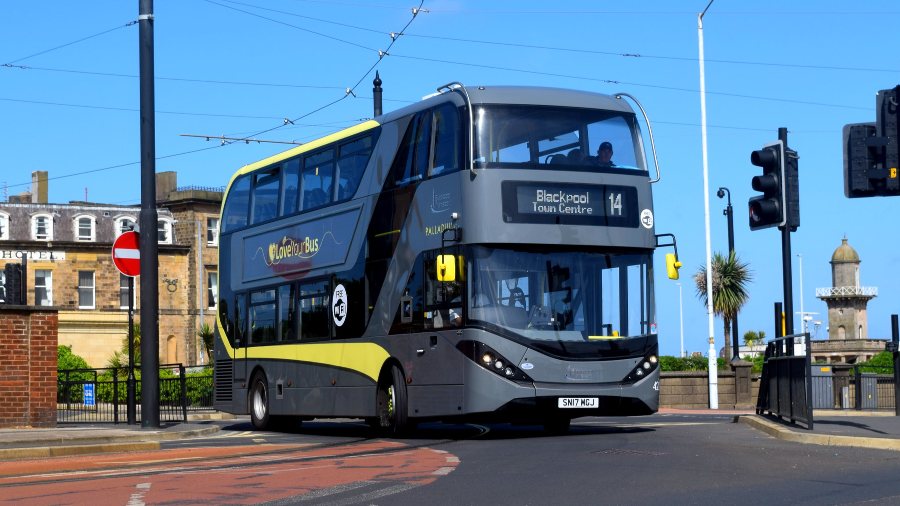 As the ominous tide of cancel culture continues to rise in North America, Europe, and other parts of the world (such as Australia), it is all the more important to point to significant victories on behalf of freedom of speech. We can now report on one such victory from the U.K., a victory that is not just legal but also morally substantive. Put another way, what was said by way of apology was just as important as the victory won in court.

Back in July 2018, Blackpool Transport decided to remove ads that were placed on double-decker buses promoting a Franklin Graham outreach event.

Canceling the “Time for Hope” Festival

As their public statement explained:

Blackpool Transport has recently been made aware of an advert in place on the side of some of our double decker buses.

In light of customer feedback and reactions on social media which has resulted in heightened tension, we have taken the decision to remove all adverts relating to the “Time for Hope” Festival with immediate effect. We will reimburse any income back to the advertising company.

The removal of these adverts is as a result of us listening and acting on customer and public feedback which we aim to do at all times.

Blackpool Transport is a proud ongoing supporter of the Pride and LGBT+ communities and in no way did we intend to cause any distress or upset.

All buses carrying the advert will remain off the road until they have been removed.

Now, as reported in the Christian Post, “The Billy Graham Evangelistic Association has been awarded a financial settlement and received a public apology from a British council that censored the Christian group’s ads.”

Again, it is significant that this victory was won in the courts of England, a country in which there have been many attacks on Christian free speech, especially regarding LGBT issues. (See here for a recent example.) That in itself is positive, although Graham’s 2018 outreach events were, in fact canceled, even though he made clear that he would not be speaking about either LGBT issues or Islam, another point of contention.

But what is just as significant as the court’s verdict is the apology offered by Blackpool, since it does, in fact, get to the heart of the matter.

“We Discriminated … Because of Religious Beliefs”

This is the statement in full, from Lynn Williams, Leader of Blackpool Council, as posted on July 9, 2021:

On 10 July 2018 Blackpool Council and Blackpool Transport Services Limited made a joint decision to remove advertisements promoting the Lancashire Festival of Hope, due to be held at the Winter Gardens between 21st & 23rd September 2018, from BTSL’s buses and trams. This followed complaints from some members of the public about certain religious beliefs, in particular concerning same-sex relationships and same-sex marriage, expressed (or believed to have been expressed) on previous occasions by the main speaker, Franklin Graham.

We sincerely apologise to the organisers of the event for the upset and inconvenience caused.

We have learnt from this experience. We are committed to ensuring equality of access and opportunity for the population of Blackpool and providing and improving quality services for all. We have now introduced clear and transparent policies that will ensure no repeat of events such as these.

What an important and comprehensive apology.

Here’s Why It’s a Good Apology

First, they recognized that the ads themselves contained nothing offensive. The offense was over other positions taken by Rev. Graham regarding LGBT issues. (Interestingly, despite Graham being an outspoken supporter of President Trump, that was not a factor in the public complaints.)

We Will Not Lose Our Freedoms Without a Fight

In recent years, in the midst of real challenges in the U.K., there have been some other, positive court rulings as well, including the victory for Asher Baking Company in 2018 (in this case, it was a case of freedom for a local business to decline participation in the celebration of a same-sex “wedding”) and the victory for a local church in Scotland earlier this year (see here, although reported from a non-Christian perspective).

Not without a holy, faith-filled, robust, unashamed, prayer-backed, legally sharp fight. Not a chance.

Of course, it is possible that in the future, the tide will turn dramatically against our freedoms, in America and the U.K. and elsewhere, and the church will have to go underground.

But our resolve should be simple and clear: that will not happen on our watch. Not without a holy, faith-filled, robust, unashamed, prayer-backed, legally sharp fight. Not a chance.

Indeed, this is not the time to retreat. To the contrary, this is the time to take back spiritual, moral, and even legal ground. Religious freedom and freedom of speech cannot be surrendered without drastic consequences for all.

Memorial Day: Honoring Those Who Served by Protecting the Freedoms They Died For