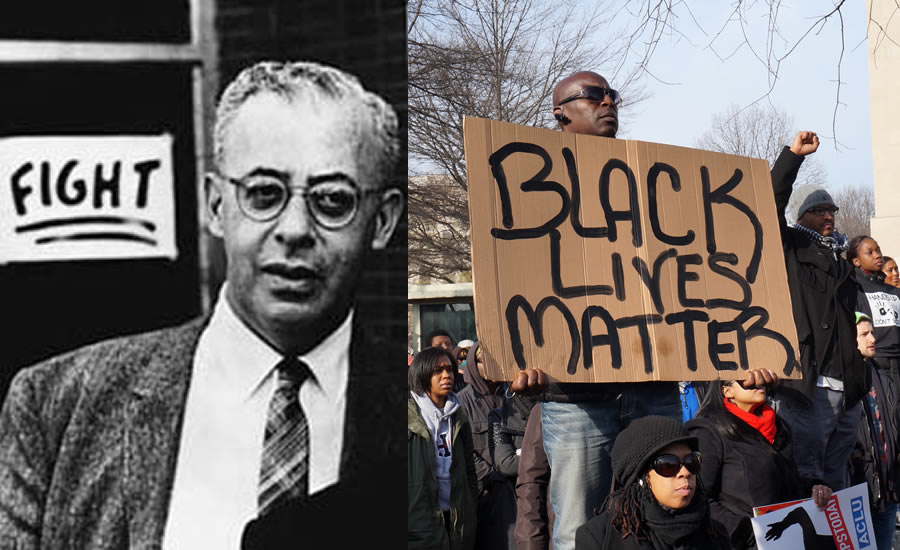 While Saul Alinsky can be connected directly to both Hillary Clinton and Barack Obama, I’m not aware that such a clear connection exists between the founders of the BLM movement and Alinsky, who died in 1972. But there is no doubt that they share his philosophy of cultural revolution.

In his insightful, 2009 mini-book, Barack Obama’s Rules for Revolution: The Alinsky Model, David Horowitz quoted an SDS radical who wrote, “The issue is never the issue. The issue is always the revolution.”

As Horowitz explained, “In other words the cause — whether inner city blacks or women — is never the real cause, but only an occasion to advance the real cause which is the accumulation of power to make the revolution. That was the all-consuming focus of Alinsky and his radicals.”

When it comes to BLM, the purported issue, namely, that Black Lives Matter, is not the ultimate issue. Instead, a larger cultural revolution is the ultimate issue. (As many have noted, the founders of BLM are both Marxists and radical feminists, with two of the three women identifying as queer activists.)

Those white officers, in turn, represent the larger system, which, we are told, is fundamentally racist. And it is that system that needs to be overthrown.

If the issue was the issue, then BLM should have been applauding President Trump’s efforts to introduce police reform.

Instead, Trump is vilified as a white supremacist and racist, and BLM wants him removed. In fact, that is one of their stated goals.

As for the police, their very existence is part of the oppressive system. They must be defunded and abolished, and attacks on them are justified.

Of course, it doesn’t take a sociology professor to understand that the BLM movement is not primarily focused on the well-being of the black American community.

After all, what is the connection between police brutality and statues of Christopher Columbus?

There is no connection, other than the revolutionary logic which says: white police brutality is part of America’s racist heritage, which started with slavery. And Christopher Columbus, who discovered America, enslaved native inhabitants of the West Indies. Therefore, in the name of BLM, his statue must be destroyed (along with many other statues).

And what is the connection between police brutality and the vandalizing of synagogues and burning of church buildings?

There is no connection, other than the revolutionary logic which sees church buildings as symbols of an oppressive, discriminatory religious system that also must be overthrown.

And let’s not forget the statues of a white Jesus and a white Mary. They too must be toppled.

Terry Crews was right to say to Don Lemon that, “There are some very militant type forces in Black Lives Matter and what I was issuing was a warning” that “extremes can really go far and go wild.” Absolutely.

Back to the Revolution

We see the wild extremes on the streets of our cities every day. And plenty of the extremists are young whites, some of whom are more into revolution than into justice.

Ah, but black lives are not the primary issue. Instead, the issue is revolution.

Thus, over time, the concern about blacks being killed by the police will be drowned out by the larger call to overthrow America as we know it.

BLM is playing by the book. Alinsky’s book.

For good reason Gregory A. wrote on Medium.com, “It’s time to stop supporting this anti-American organization that is working to sow division, spread lies, and destroying the country. Their playbook comes straight from Rules for Radicals by Saul Alinsky who dedicated his book to Lucifer. They aren’t looking for unity, but to destroy anyone who doesn’t agree with their radical Marxist philosophy. Black Lives Matter leaders know how to cause chaos and to turn us against each other. Individuals and corporations must stop pandering to this organization that is working to tear the country apart.”