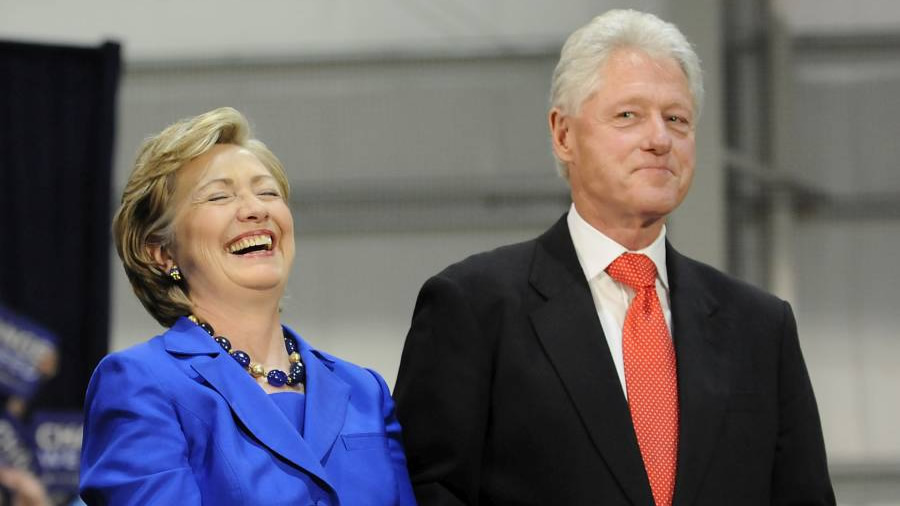 She doesn’t know it, but Monica Lewinsky has become a minister of mercy to me.

Lewinsky survived a public scandal and an attempt on her soul in the late 1990s by the Clinton political and opposition research machine. She was traumatized and publicly shamed and lived to tell about it. Lewinsky had an affair with president Bill Clinton, who then tried to slime and shame Lewinsky, who was 22. The DNC oppo research machine went into overdrive, calling Lewinsky a nut and a stalker.

I Survived the Clinton Treatment Too

As many readers of The Stream know, I had a similar mauling at the hands of the left political machine and its water carriers in the Stasi media. It’s going to be a book.

For readers coming in late, I usually offer a recap. In fall 2018 the political left and the media tried to destroy Brett Kavanaugh, a high school friend of mine. They used opposition research, extortion threats and an attempted honey trap. A woman named Christine Blasey Ford accused Brett of sexually assaulting her in 1982 when we were all in high school. Ford claimed that I was in the room when it happened.

Our Stasi media told the public that I’d presided over ten gang rapes and bought and sold cocaine. They used as sources people I’ve never met. Oppo research garbage was fed directly to the media, who passed it on without scrutiny.

The story told about us was so bogus that there were actually liberals and progressives who did not believe Christine Blasey Ford. It’s true: There were people on the left who knew Blasey Ford’s story was garbage, and were reluctant to destroy Kavanaugh over it.

I have tried to report on the story in a fact-based manner, dismantling the insane lies and horrible journalism of the American Stasi. Yet there was always another part, something that Monica Lewinsky knows: the trauma of such an experience.

Because there is no doubt about it. Blasey Ford’s entire “shock and awe” attack rested on inflicting trauma to cripple its targets. Everything. From springing her charges at the least minute, to using oppo researchers to dig up every beer I ever drank.

That’s the central irony: the poor little psychologist from Palo Alto with the baby voice who was so sensitive to the effects of trauma? She was the nuclear tip of a bomb whose purpose was to psychologically and spiritually decimate others. As many pointed out at the time, the entire thing could have been handled in private, as most totally unsubstantiated accusations are. That was not the plan of the left’s demolition crew. Nor did it care how many bodies it left behind.

Your Life Is Over. You Got in Our Way

Lewinsky has been eloquent about what such a public nightmare does to the soul. You become (in)famous overnight, and when the monsters lose interest, you’re left with all the damage. A recent New York Times profile of Lewinsky reckons the cost:

When I got to know Monica, more than a decade later, she was 41, but without many of the things a person her age might want: a permanent residence, a source of income, a career path, a family of her own. While the rest of the world — the Clintons, the news media, even the other women involved — had moved on, she was seemingly frozen in time.

But she could never quite escape the shadow that hung over her name. After graduate school, she moved briefly to Portland, Ore., where she tried, and failed, to get a job in marketing. “I must have applied for 50 jobs,” she said.

And so she retreated. She moved back to Los Angeles, where she had grown up, still dependent on her parents for financial support. She volunteered and spent time with friends, and worked with a variety of mental health specialists (she had been diagnosed with PTSD after the events of ’98).

Lewinsky had spent time thinking about the impact of shame on the psyche; in graduate school, she had studied the effects of trauma on identity.

Lewinsky’s bravery is an inspiration. Her survival and honesty about her trauma gave me a way to admit my own. Over the past few years she has made me feel like at least one person out there knew how I felt. After the reporters go home, the little, inconvenient people like me and Monica find ourselves stranded. No one wants to hire you. The only alternatives are low-wage jobs, or a move to Australia — all the while fighting depression, loneliness, lost relationships, and anxiety.

Christopher Hitchens Refused to Be Their Stooge

You get through it by relying on true friends and taking inspiration from others who responded well under similar situations. Monica Lewinsky was one such person. Another was Christopher Hitchens. Hitchens, who died in 2011, was a famous, brilliantly witty British journalist who became an American citizen and worked in Washington, D.C., for most of his adult life.

I had known Hitchens briefly in the late 1980s when I was an intern at The Nation magazine. At the time Hitchens was leaving The Nation to go to Harper’s magazine. From there he would go to Vanity Fair, where he became famous. Hitchens was always a fearless truth teller, even defending the pro-life position on abortion.

During the Lewsinky affair, Hitchens refused to go along with the attempt to assassinate her character. In February 1999, Hitchens testified to the Senate that Clinton toady Sidney Blumenthal had asked Hitch to call Monica Lewinsky a “stalker.” Hitchens had refused, despite being close friends with Blumenthal. “Yesterday the friendship abruptly ended,” Lloyd Grove reported in the Washington Post,

apparently another casualty of Clinton’s scandal-ridden presidency — with news accounts that Hitchens had signed an affidavit challenging Blumenthal’s sworn denials to the Senate that he spread defamatory stories about Monica Lewinsky … . Hitchens, reached at home yesterday after a nervous appearance on NBC’s ‘Meet the Press,’ predicted: ‘I daresay I’ll be cut and shunned.’

During the next few days, I was to see that the word ‘snitch’ can be made to rhyme with Hitch. I think Geraldo Rivera was the first to make anything of it; anyway, the joke got a good workout. Indeed, only a couple of weeks after Rivera first got his laugh, Maureen Dowd recycled the gag in her waning New York Times column.

A snitch, if you think about it, is supposed to be motivated by malice, cynical self-preservation, or hope of gain. You become a snitch by dropping an anonymous dime, by striking a plea bargain, by “naming names” to get yourself immunity, or by dumping a former associate to save your own skin. Nobody has made any such allegation against me. However, I here repeat my charge that the associates of Bill Clinton were actively, and with taxpayers’ money, spreading false information against truthful female witnesses. They sought to destroy the characters of these women by off-the-record briefings, and by underhanded denunciations. They snitched, in fact. In doing what I did, I testified against the authorities and not to them.

The Real Snitches Work for the Stasi Media

Hitchens notes that the way political Washington works, the powerful often asks others to lie on their behalf — but in a subtle, underhanded way. Such pressure in my case was not subtle. I literally got phone calls and letters and email wielding unspecified threats of harm if I didn’t lie about my friend Brett. There was no confusing, at least on my end, where the true power was. Blasey Ford, who was flown to D.C. on a private jet, had the media, the political left, Hollywood, Saturday Night Live and the publishing industry all behind her.

There were snitches all right. But those were the people who were running to the media with old underground newspapers I had edited. Or feverish counts of how many beers I drank at a party in 1982. Or fabricated stories about cocaine sales and gang bangs. These are the people exalted in a post-honor culture. Faced with their attempted assassination of Monica Lewinsky, a few of them are finally feeling some shame. They acted with malice, with cruelty and recklessness, and with dishonor. They are Stasi.

Unlike Lewinsky and Hitchens, they will be forgotten after they are gone.