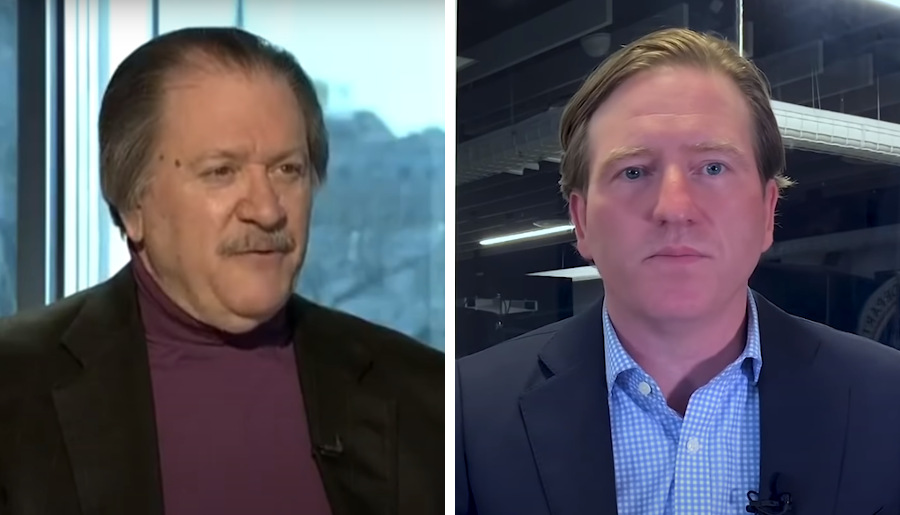 Trump lawyer Joseph diGenova said Chris Krebs, Trump's fired cybersecurity head, is a "class-A moron" who "should be drawn and quartered. Taken out at dawn and shot." When Dr. Brown asked his Facebook followers to agree that these words should be condemned, some followers who are professing Christians affirmed diGenova’s words.

What has become of the Church? How is it that followers of Jesus can condone reckless calls for murder? Have we lost both our minds and our souls?

Yes, I Voted for Donald Trump

Lest you wonder what has provoked such a flurry of questions, allow me to remind you that:

2) As recently as November 2, one day before the elections, I again explained my vote for Trump, also explaining why a vote for him was a vote for Middle East security.

3) I have written countless articles confronting the leftist agenda, exposing BLM and Antifa, and strongly differing with the Democratic platform (see here, for example), also challenging those who claimed to be pro-life evangelicals for Biden.

4) I have differed with anti-Trump editorials from respected leaders like Pastor John Piper and former Christianity Today editor Mark Galli.

5) In October, I wrote yet another article explaining why so many evangelicals still support Trump.

6) As a result of reading my most recent book on Trump and evangelicals, I have heard from Never Trumpers who decided to vote for him.

It is clear, then, that only someone who was willingly ignorant could accuse me of being a Trump-hater or a leftist.

Unhinged Responses to My Article

Yet, when I write an article raising concerns about Christian conservatives putting too much hope in Trump, looking to him as the anointed one and the only man who can save our nation, I get responses like this: “Dr Brown you are a destruction to the Body of Christ. … You obviously have this hate for DJT that you need to settle with God. Satan is disturbed and so are you.”

I was also told I was a leftist who supported abortion, a flaming Communist (!), and someone who caved into the spirit of Jezebel. I kid you not.

But that’s not what has me exercised right now. (I’m writing late Monday night, November 30.)

A couple of hours ago, I was sent a link to comments made on Newsmax by Trump attorney Joseph diGenova with reference to Chris Krebs, who was Trump’s cybersecurity director. Krebs was fired by the president for saying the election was our most secure to date, and Krebs reiterated this claim on Sunday night on 60 Minutes.

Completely without provocation, diGenova brought Krebs up during the interview, vilified him, and said, “That guy is a Class A moron. He should be drawn and quartered, taken out at dawn and shot.”

This is utterly irresponsible and terribly dangerous, the kind of thing that every person of conscience should denounce without caveat or qualification.

Right now, people on all sides are on edge, death threats are flying in all directions, and diGenova should be flatly condemned for what he said.

Even if some would hear his words as hyperbolic, tongue in cheek speech, now is not the time for such unhinged talk.

“If you’re the world’s most ardent Trump supporter, please tell me you denounce this comment from Trump lawyer Joey diGenova that Chris Krebs, Trump’s fired cybersecurity head, ‘should be drawn and quartered. Taken out at dawn & shot.’ Can you denounce this without qualification?” (My post on Facebook was slightly longer, since there were no space constraints. I added there: “Can you condemn this without qualification, even if you are 100% sure that there has been massive voter fraud and that the election has been stolen? Can we stand together and denounce all such reckless words, be they from the left or the right or anywhere in between? I certainly hope so.”)

And what kind of comments did I receive?

Many, of course, simply replied with Yes. They denounced the comments without equivocation, as every God-fearing person should do.

But others, most all of them professing Christians, replied with strong affirmation of diGenova’s words, and with comments like this (which, by the way, received the most “likes”):

“Treasonous acts deserve corporal punishment. That is not violence. That is justice and law. Perhaps not this particular guy but the others who will soon be tried for treason and those who plot against this country and we the people.”

“No, I agree that treasonous acts such as his should receive a very harsh punishment! He should face more than firing!!”

“Sorry but being a traitor deserves death. I find your comments here to be out of line.”

“There’s a lot of the same type of language in the Psalms. You aren’t going to censor the Psalms are you?”

“We used to hang traitors.”

“Qualify ‘reckless’. Civil war is at the door! Treason is punishable by death!”

My friend, this is sick. This is despicable. This is inexcusable — 1,000 times more when the people posting such drivel claim to be lovers of Jesus.

We’re not talking about your right to defend yourself and your family if an armed mob tries to break down your door.

We’re not talking about a business owner trying to protect his property when Antifa comes to burn it down.

We’re not talking about sitting back idly while radical leftists steal our rights or slaughter the unborn.

We’re talking about completely irresponsible rhetoric from a Trump attorney calling for the death of cybersecurity expert (and lifelong Republican) who does not believe the election was hacked.

Have We Sold Our Souls?

I was so grieved over all this that I shared my heart on Facebook, raw and without holding back. You can watch the video here.

We really are in a very dangerous position right now in the Body of Christ, and if we don’t get our act together soon, we will do far more damage to America than the radical left could ever do.

You can hate me or love me, but I’m telling you the truth.