Pastor John Piper and the 2020 Elections: A Respectful Response 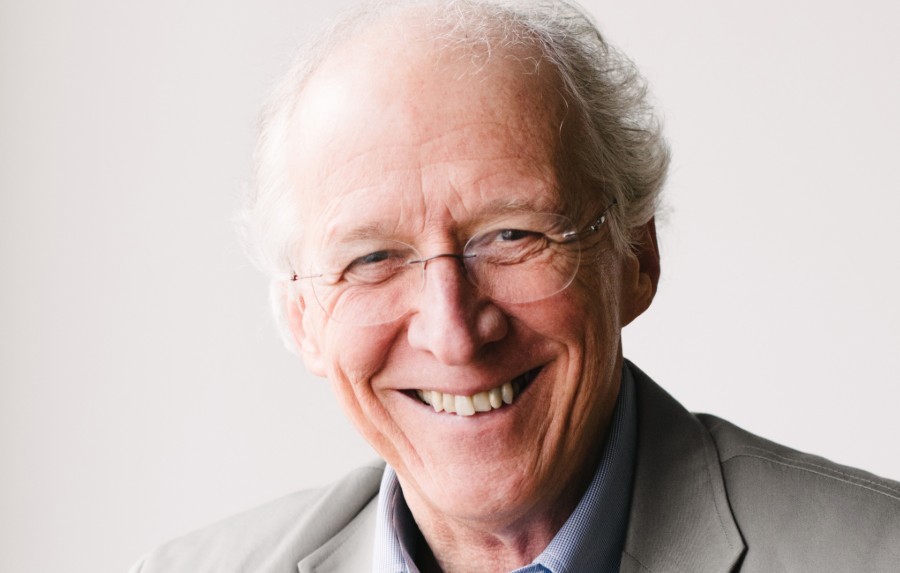 John Piper is one of the most respected Christian leaders in America, and I personally hold him in high esteem. Yet I differ with his suggestion that Christians might do best by sitting out the presidential election, since a vote for either Trump or Biden cannot be justified.

Before sharing my differences, though, I want to share my points of affirmation.

First, I wholeheartedly agree with Pastor Piper that the foremost calling of a minister of the gospel “is to lead people to see Jesus Christ, trust his forgiveness for sins, treasure him above everything in this world, live in a way that shows his all-satisfying value, and help them make it to heaven with love and holiness.”

Second, I deeply share his concern that many American pastors have failed to develop “real, radical Christians,” Christians who will be willing to die for Jesus.

Third, I agree with Pastor Piper that our obsession with the elections and the well-being of America undermines the reality that we are citizens of a higher kingdom and that we are only passing through this world.

Fourth, I concur that the character flaws of our president have been very damaging. As Piper wrote, “When a leader models self-absorbed, self-exalting boastfulness, he models the most deadly behavior in the world. He points his nation to destruction. Destruction of more kinds than we can imagine.”

I agree with Pastor Piper that our obsession with the elections and the well-being of America undermines the reality that we are citizens of a higher kingdom and that we are only passing through this world.

Fifth, I have no problem with a Christian saying he or she cannot vote for either candidate. I have always respected that view, even if it is not my own. I have a massive problem with a self-identified pro-life, pro-Bible Christian voting for Biden and the Democrats.

Sixth, I respect the humility with which Pastor Piper presents his viewpoint, making clear that he is not telling anyone else how to vote.

Seventh, I agree with him that, whatever path we take, it must enhance, not detract, from our witness for Jesus.

Readers of my book Evangelicals at the Crossroads: Will We Pass the Trump Test? will know that I have expressed many similar views as well.

That being said, I differ with Pastor Piper’s assessment of the situation and with his comparison of the personal failings of Trump with the policies of the Democratic party.

He writes, “I remain baffled that so many Christians consider the sins of unrepentant sexual immorality (porneia), unrepentant boastfulness (alazoneia), unrepentant vulgarity (aischrologia), unrepentant factiousness (dichostasiai), and the like, to be only toxic for our nation, while policies that endorse baby-killing, sex-switching, freedom-limiting, and socialistic overreach are viewed as deadly.”

Piper: “I think it is a drastic mistake to think that the deadly influences of a leader come only through his policies and not also through his person.”

He notes that the first list of sins is not only deadly in this world but also deadly forever. How, then, can Christians vote for someone who embodies the former sins (such as “unrepentant boastfulness”) in the name of fighting against the latter sins (such as abortion)?

He adds, “I think it is a drastic mistake to think that the deadly influences of a leader come only through his policies and not also through his person.”

The answer, for me, is simple.

Realistic Expectations of Our Political System

To begin with, the political system itself is earthly and flawed, with all candidates being far from perfect. While it would be ideal for our presidents to be shining examples of morality and character, very few in our history would live up to that ideal. This is not to make excuses but rather to be realistic.

Next, it is one thing to elect a boastful, divisive leader. It is another thing to empower a party that will sanction the killing of the unborn. Or strip away religious freedoms. Or give free reign to foreign, tyrannical regimes.

When it comes to Trump, we can vote for his policies while saying, “I don’t like many of the things he does and feel his example is often very destructive. I will therefore speak out when he acts wrongly and will model something different in my own life.”

But a vote for Biden and the Democrats is a vote to empower a party that wants to impose an overtly godless agenda.

Pastor Piper writes, “I find it bewildering that Christians can be so sure that greater damage will be done by bad judges, bad laws, and bad policies than is being done by the culture-infecting spread of the gangrene of sinful self-exaltation, and boasting, and strife-stirring (eristikos).”

We Can Model Godlier Conduct

My response, again, is simple: Trump is one man, and as destructive as his words and conduct can be — just look at the warnings in Proverbs about foolish kings — we can vote for him by the millions while at the same time modeling godlier conduct.

On the other hand, if those with a different agenda are empowered, their policies will affect us by the millions.

We Cannot Become Apologists for the President, But the Stakes are Too High Not to Vote for Him

What we cannot do, as I have been shouting for years now, is become apologists for the president. That, without question, demeans our witness. But to say that we cannot vote for him when the stakes are so high is, in my view, to miss the larger point.

One of my evangelical colleagues wrote to me last week, saying, “The gospel witness has been destroyed, especially among the younger generations. The final straw was the support of Donald Trump by these groups. The non-believing world is appalled by the hypocrisy. The only folks who don’t see it are most of the Evangelical world.”

This is true to some extent, and it echoes Piper’s concerns.

But it fails to realize that many of the younger generations were already turned off by our affirmation of biblical values, which includes our rejection of the “pro-choice” position and our opposition to LGBTQ activism. Do we therefore compromise our views on these issues so as to avoid offense?

JESUS IS OUR SAVIOR and Trump is Just Our President

As to our support for Trump, we can vote for him without selling our souls for him. We can cast a ballot in his name on November 3 while shouting from the rooftops that our hope is in the Lord, not in a man or a party. We can proclaim that JESUS IS OUR SAVIOR and Trump is just our president (with giant fonts for the former and small fonts for the latter).

I wonder if future generations would understand if we explained the loss of our freedoms and the slaughter of millions of more babies by saying, “Yes, one party espoused these terrible policies. But we couldn’t vote for the man whose party opposed them because he was too boastful and divisive.”

Finally, when it comes to listing the sins of Trump, Pastor Piper may have gone a little too far. Has Trump promoted or practiced sexual immorality since announcing his candidacy? To the contrary, hasn’t he expressed regret about some of his past actions? And does he get credit for keeping his promises and commitments in ways that few presidents in our lifetime have done?

Once again, I wholeheartedly agree with Piper’s emphasis on the gospel first (rather than “America first”).

But I wonder if future generations would understand if we explained the loss of our freedoms and the slaughter of millions of more babies by saying, “Yes, one party espoused these terrible policies. But we couldn’t vote for the man whose party opposed them because he was too boastful and divisive.”

At times like this, my counsel is simple: Be idealistic in terms of living out your own faith as a witness for the Lord. But be pragmatic when it comes to casting your vote.