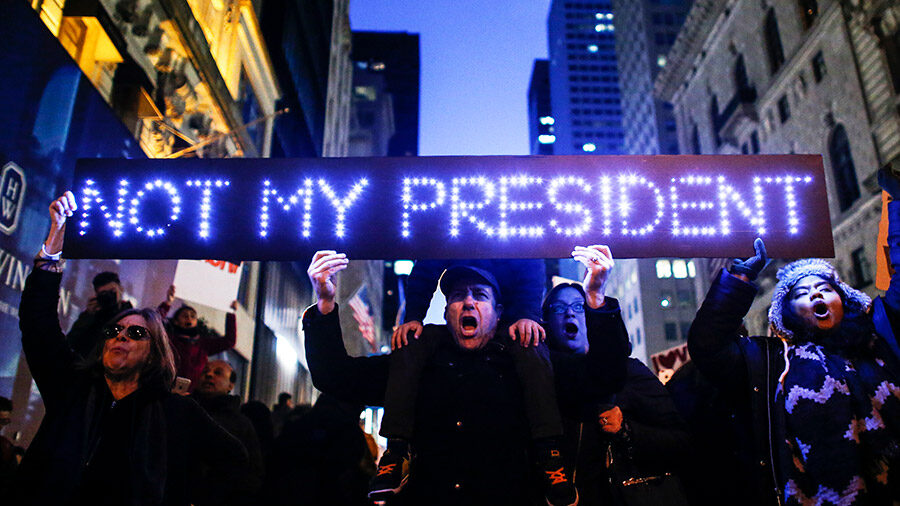 Here’s a question I’ve long sought the proper moment to ask: What can we learn from Donald Trump’s critics?

But first I need to narrow this down quite a bit. We can learn very different things, depending on which critics we mean. Whatever we think of the various groups and spokesmen who have chimed in critiquing Mr. Trump, I think we really can learn something useful from each.

Consider the Liars of the Field

Yes, from those who were lying. (See Russiagate, and the “very fine people” hoax.) The liars teach us how the left does its dirty work, and how its media echo chamber amplifies their slanders. We must learn how best to counter programmatic disinformation, even though most means of communication have been stripped away from us.

And the Professional Sepulcher Whiteners

We can also learn a lot from those who hated Trump and us, his voters, on a tribal, visceral level. Who used his policies as pretexts, and damned him for things they shrugged at when other leaders did them. We must doggedly expose their moral double standards, of course. But we must also see the limited usefulness of engaging at great length with hypocrites.

Jesus would sometimes debate the Pharisees and Sadducees, though He could read their hearts and motives. At other times, He’d do the important work of exposing and discrediting them for the benefit of the well-meaning but credulous. We must learn the difference between cheap shot ad hominem arguments, and legitimate critiques of a public figure’s character, as disclosed in his words and deeds. The first is a logical fallacy. The latter? It’s a perfectly legitimate mode of discernment we engage in every day.

For instance, if you reliably learn that your future brain surgeon or your kids’ current school bus driver is a shaky alcoholic. Or that a given pastor is prone to covering up sex scandals. Those aren’t ad hominem arguments. Where “Can I trust this person?” is crucial to any decision, facts that tell you about his integrity don’t amount to sinful gossip. They’re vital, perhaps even soul-saving data. The victims of clerical sex abuse will testify to that.

The Hive and its Drones

We can even learn from those within the conservative movement, or within our churches, who tossed one core principle they’d treasured after another onto the dumpster fire, just to hurt a man whom they envied. Or sniffed at with class disdain. Or opposed because The Hive sent them little pheromone signals, such as give little scurrying termites their daily marching orders. From these people we must learn to guard more carefully the commanding heights of our political movement and institutions, against mere careerists and opportunists.

How to spot them? That in itself is reason alone to make a deep study of the NeverTrump movement, however grim a task. Poison control manuals need to be written, compiling the warning signs for future GOP voters. The key feature, though, runs like a yellow stripe down the culprits’ backs. The next time you see a self-styled conservative whose response to leftist attempts at “canceling” anyone on the right is to trip over his own feet denouncing the next Nick Sandmann, Kyle Rittenhouse, or Steve King … ? You’ve got yourself a winner. Count out his 30 pieces of silver in advance, to save some time.

But I’m not here today to talk about any of these kind of people. Instead, I’d like to address the sober arguments of someone whom I very much respect. He’s not some leftist demagogue. Nor a Swamp GOP apparatchik, clawing to take back control of a political party at any price to the country. Nor a sniffy social climber who’s more concerned with how NPR editors might impact his career than what happens to Angel Moms or unborn kids.

Instead, he’s a solid conservative student of political philosophy. A serious Christian. A man who fought doggedly to provide educational alternatives to our hopelessly biased, unfixable colleges and universities. He started Yorktown University, an online conservative program that gathered top-notch academics exiled from leftist campuses, to provide high-quality classes and accredited degrees. It was working well, until the Obama administration pulled the necessary strings to yank its accreditation. And thus one more avenue of escape from indoctrination saw the gates slammed down and the windows nailed shut by the gulag guards.

My old friend Dick Bishirjian, who studied with some of the most brilliant minds in the past conservative movement, offers some criticisms of Trump which deserve to be taken seriously. I don’t end up agreeing with him, but from them I do take some lessons that might have enduring value. Practical strategies on how we must fight, now that nearly every institution and means of persuasion are locked away from us by the gatekeepers.

Don’t Pretend that the Alamo Is Iwo Jima

And that’s important. The wise general doesn’t act with the same boldness and derring-do when he’s in a city under siege, as he would when his country is winning, and overrunning the enemy’s borders. Our nation’s founders sang a different tune when they thought that the British parliament might see reason and negotiate, than they did once it crossed the line and revealed its design to impose a lawless tyranny.

The left in America, and the Hive as a whole, crossed that line with the 2020 election, and their reckless Soviet crackdown on patriotic critics. So we need to think differently too. The redcoats have swarmed into Boston, and are marching to seize our gunpowder. We’re long past the timid initiatives of wistful Tories who still trust the king.

In Part 2, I unpack and answer Dr. Bishirjian’s detailed critique of Trump’s actions around that election, and suggest what we can learn from it on how to keep the fight alive. We need the movement Trump brilliantly launched to keep improving, and learn from its setbacks. Or else the monstrous Oligarchy that’s building around us a Berlin Wall, brick by brick, won’t stop until it’s manning every guard tower with a sniper.