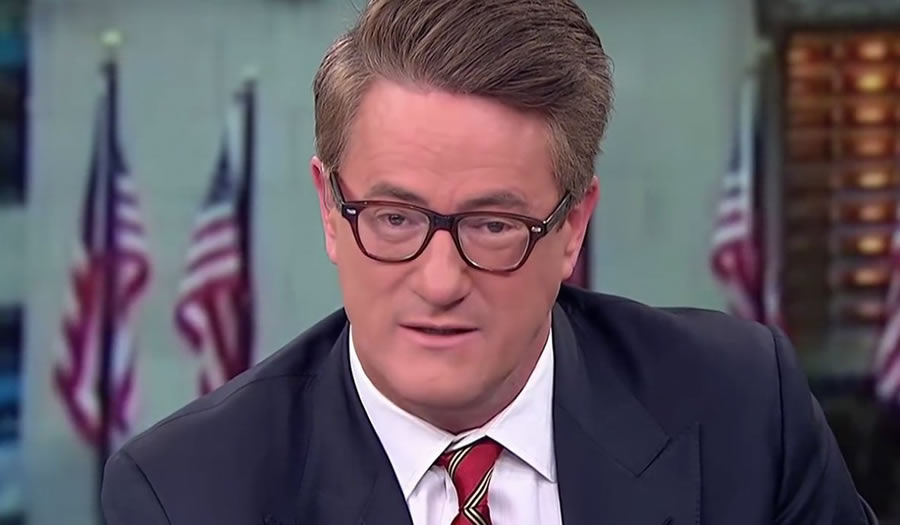 In a new updated edition of his book Hate Inc.: Why Today’s Media Makes Us Despise One Another, journalist Matt Taibbi offers a term for a new practice of the corrupt mainstream media: bombholing.

Bombholing is the practice of splashing wild and unsubstantiated stories all over the media. Then sending those same stories down the memory hole when they don’t pan out. Finally, media immediately distract viewers and readers with a new “bombshell,” which makes people forget the old “bombshell.” Viewers are led “from mania to mania.” Goaded into focusing on today’s outrage, people quickly forget the previous “bombshell,” which was a dud.

Taibbi recently laid it out in more detail:

News in the Trump years became a narrative drama, with each day advancing a tale of worsening political emergency, driven by subplots involving familiar casts of characters, in the manner of episodic television. It worked, but news directors and editors hit a stumbling block. If you cover everything like there’s no tomorrow, what happens when there is, in fact, a tomorrow? The innovation was to use banner headlines to saturate news cycles, often to the exclusion of nearly any other news, before moving to the next controversy so quickly that mistakes, errors, or rhetorical letdowns were memory-holed.

The most incredible piece of bombholing I ever witnessed was by Joe Scarborough. Within the space of one week, Scarborough went from hyping a ludicrous story, to denouncing it and anyone who had spread it or believed it. It was also a story I was personally involved in.

On September 27 Scarborough had on his program John Heilemann, a left-wing journalist. Heilemann had secured an “exclusive” interview with Julie Swetnick. Remember her? She asserted that she’d witnessed Brett Kavanaugh, then a nominee for the Supreme Court, attending ten high school parties where girls were drugged and gang raped. I was friends with Brett in high school, and Swetnick also claimed that I was at the parties.

Swetnick’s change came on the heels of an allegation by Christine Blasey Ford that Kavanaugh had sexually assaulted her in high school. Ford, who worked with an opposition researcher the summer of 2018, also claimed that I was in the room when the alleged assault took place.

On Morning Joe, When asked by co-host Willie Geist if Swetnick offered any “specificity” to her claims, Heilemann offered this: “She was not in a position yesterday, she was not really ready, to do a full formal sit-down interview. We got a chance to talk to her a little but at the end of a pretty long day.” In other words, Heillmann, a partisan, was purposely not doing his job as a journalist. Bombhole.

For my part, I had never heard the name Julie Swetnick before. I never knew Swetnick or anybody else from Gaithersburg High School, where Swetnick, who is two years older than me and was in college when I was in high school, was a student.

A few days later, On October 1, the Associated press reported that “Julie Swetnick, one of the women who has publicly accused Supreme Court nominee Brett Kavanaugh of sexual misconduct, has an extensive history of involvement in legal disputes, including a lawsuit in which an ex-employer accused her of falsifying her college and work history on her job application.” That night Swetnick did a disastrous interview on NBC. The network almost immediately announced that there were “credibility issues” with her claims. These are the kinds of thing old-school journalists check out before going to air. But not in the age of bombholing.

After an FBI investigation turned up nothing to verify the claims of Ford or Swetnick, Scarborough turned on the tirade. On October 3, 2018, Joe went off on Morning Joe. Scarborough had been to some recent social events, where he heard many people expressing doubt about the stories told by Swetnick and Ford.

“Quite a few people, that we talked to, and I think a lot of them were registered Democrats, raised questions about Dr. Ford’s story,” Scarborough said. “Now that’s something in 24/7 news coverage, at least in mainstream media, you never hear anybody talk about. They won’t talk about it. They feel that if anybody sticks their neck out and says they disbelieve any part of her story or talk about how there are no corroborating witnessed, well, they’ll get absolutely slammed.”

Scarborough raved on: “There has been the assumption that every single allegation was true … Nobody had dared say, even the Republicans, that part of Dr. Ford’s story might just not add up … I turned on all networks at all times and Brett Kavanaugh has been accused of being a serial rapist by columnists in national newspapers … the media has dropped the ball on this from the very beginning.”

Back on the Same High Horse

So Joe Scarborough got to beam out ludicrous claims to millions of viewers. Then, just days later, he climbed onto his high horse, denouncing the very tales that he had so breathlessly and recklessly help promote. Maybe the fever will subside now that Trump is gone.

If not, they’ll have to rename the show Morning Bombhole.