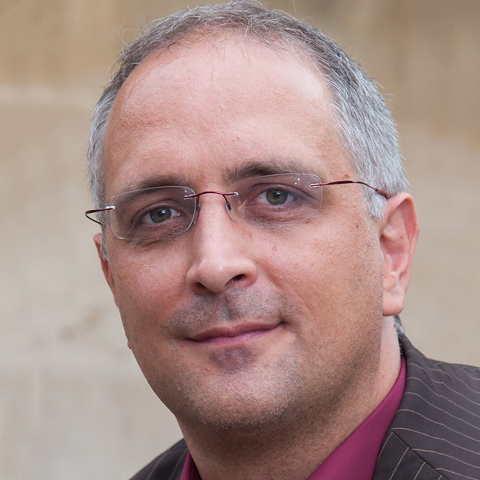 Christian Hofreiter < Back to Voices

Reverend Dr. Christian Hofreiter is Director of RZIM Austria, Germany and Switzerland, a research fellow at the Oxford Centre for Christian Apologetics, and, most recently, the author of Making Sense of Old Testament Genocide: Christian Interpretations of Herem Passages (Oxford University Press, 2018). A native of Austria, he has studied, lived and worked in Innsbruck, Brussels, London, Los Angeles, Washington, D.C., and Oxford. He now lives with his family in Vienna, Austria.

From 2008-2012, Christian served with the Oxford Pastorate as a chaplain to the graduate student body at Oxford University, working closely with senior academics, leaders of various churches, and a broad variety of students. An ordained Anglican minister, he was also a member of the leadership team at St. Aldates Church, Oxford.

In addition, Christian studied theology at Oxford University, earning three degrees (M.A., M.St., D.Phil.), winning several prizes and scholarships, and gaining the top first-class award in 2008. His doctoral research focused on the Christian interpretation of “genocide texts” in the Old Testament. Before arriving in Oxford, Christian worked in a government relations firm in Washington, D.C., which represented the interests of foreign governments and other clients to the United States Congress and Administration, and also served as deacon at the Church of the Resurrection on Capitol Hill.

Many if not most of our nations are being violently shaken by the coronavirus outbreak. In Austria, for instance, schools and all non-essential shops are closed from Monday. Restaurants must shut after 3 p.m., and pretty much all public life,…