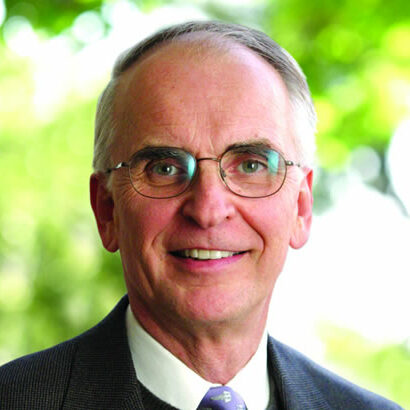 Bruce Chapman < Back to Voices

Bruce Chapman is Chairman of the Board of Discovery Institute. is a specialist in public policy development with a long career in government service at all levels, as well as a private career as an editorial writer, publisher and public policy fellow.

A former Director of the United States Census Bureau (1981-1983), Mr. Chapman also served as Deputy Assistant to President Ronald Reagan from 1983 to 1985 and simultaneously held the position of Director of White House Office of Planning and Evaluation. In 1985 he was appointed United States Ambassador to the United Nations Organizations in Vienna, Austria, serving through 1988. He received the State Department’s Superior Honor Award. His diverse responsibilities included such subject areas as nuclear proliferation, refugees, economic development and narcotics control.

Mr. Chapman was a fellow of the Hudson Institute for two years until he founded the Seattle-based Discovery Institute, a public policy center on national and international affairs, in 1990.

Earlier in life, as a young man out of Harvard, Mr. Chapman was the publisher of a political journal, Advance, from 1960 to 1964, and from 1965 to 1966 was an editorial writer for the New York Herald Tribune. In 1966 Mr. Chapman wrote The Wrong Man in Uniform, one of the earliest calls for a voluntary military. He was elected to the Seattle City Council in 1971, and in 1975 he was appointed Secretary of State for Washington State. He was elected officially to that post that year and was elected to a full term in 1976. He ran unsuccessfully for Governor of Washington in 1980.

Bruce and his wife Sarah live in Seattle. They have two grown sons.

Why do sons write books about their fathers? Perhaps it’s because they feel a need to figure out the guy who sired their existence. If they’re like Marvin Olasky, the eminent public intellectual who edits World magazine, the act of writing promises…

The Phony Demand for ‘FBI Investigations’ of Kavanaugh

Another Crisis Over (Now They Tell Us)

When a Politician is Turned out Naked into the World

A “Brokered Convention” is Possible for National GOP