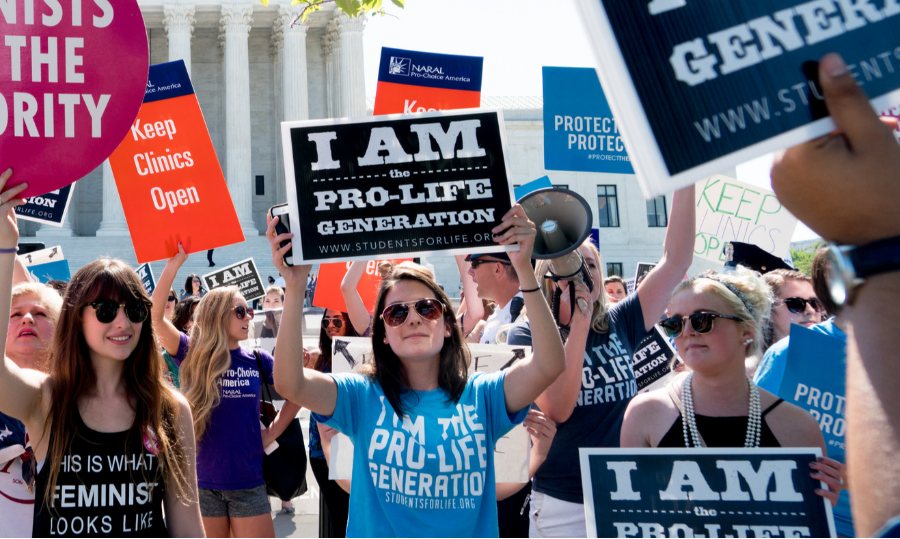 December 10 is World Human Rights Day, though you’d hardly know it. I’ve devoted my life since I was a teenager to protecting the vulnerable, especially children, from intentional lethal violence. And the hollowness of this holiday haunts me. Because so many things are getting worse, and so few people care.

Before this disputed election, I helped write a series of columns examining Joe Biden’s record on crucial moral issues. I looked at fundamental questions where there’s a black and white, right or wrong answer. Then at a longer series of prudential questions proposed by the U.S. Catholic bishops, aimed at improving (rather than saving) people’s lives.

One group of laymen created a “Catholic Voters Guide,” which offered to judge both Biden and Trump’s positions against that church’s teachings. It came up with the conclusion that Biden scored quite well, and a good deal better than Trump.

An Abortion Extremist in Charge of Our Health

I wonder how these people feel now. Biden has proposed as Secretary of Health and Human Services … California Attorney General Xavier Becerra. Mr. Becerra’s idea of health care includes abortion on demand for all nine months for any reason, including sex selection or wiping out handicapped babies.

Becerra’s notion of proper hospice care? It demands that nuns who offer free care to dying poor people dispense the abortion pill to their employees — or be forced to shut their doors. Becerra’s vision of transparency is similar. When pro-life journalists David Daleiden and Sandra Merritt conducted a routine undercover probe of Planned Parenthood, they proved it sold baby parts illegally. And Becerra cracked down quickly. Not on Planned Parenthood (a big Democrat campaign donor). Following Kamala Harris’ lead, he focused his ire on the journalists. His office is still trying to imprison them on trumped up “privacy” violations.

It’s not just that Biden has a blind spot on abortion. Becerra is the kind of person he will appoint or support at all levels of government. Biden’s picks for Middle East policy are already promising to back an al Qaeda (“moderate rebel”) takeover in Syria, instead of supporting the tolerant Kurds allied with Christians. Biden supports more COVID lockdowns on the U.S. economy, despite the massive famines they’d threaten to unleash in Africa and Asia, putting 130 million in danger of hunger, according to a U.N. report. Biden’s team is silent on Communist China’s enslavement and genocide of Uyghur Muslims. China routinely resorts to forced abortion, and concentration camps.

Biden’s team is in fact consistent, in its way — though not in the way that many who say they back a “consistent life ethic” mean. Biden and his allies consistently cherry-pick issues where they and their political constituencies can mobilize votes, or make a great deal of money. They consistently scoff at human rights issues which don’t help them politically. There’s a word for this kind of exploitation of other people’s suffering, coined by Christian philosopher Rene Girard. He called it Victimism.

There’s no powerful, free-spending lobby out there trying to protect unborn children with Down Syndrome, or daughters of parents who only want sons. The Uyghurs are a harried, persecuted people, who’d like to stop working as slaves in Nike factories. They don’t have Congressional lobbyists like Nike’s. Or China’s.

Christian, Yezidi, or Kurdish refugees can’t compete with military contractors trying to gin up another U.S. war of choice in the Middle East. Nor with others who’d like to profit from U.S. “rebuilding” efforts (such as Joe Biden’s brother, whose firm landed a $1.5 billion contract to reconstruct Iraq).

Don’t Expect Allies in Defense of the Vulnerable

Those of us committed to protecting the vulnerable from violence will rarely find allies. By definition, the vulnerable are those whom few care about, and nobody profits from helping. The whole reason we have a pro-life movement is to stand up for people like that. Don’t let those who make cheap, tactical alliances with profiteers and cynics gaslight you. It’s not “consistently” pro-life to ignore the intentional killing of millions, then cover that up with a “seamless” shroud of empty rhetoric.

I don’t expect pro-life groups to take their focus off unborn children, and turn it to human rights for Uighurs. Nor do I ask the Uighurs to take a stand on abortion in America. But each of these groups consistently and correctly focuses on one grave, evil threat to human life, and fights it. Most of those I observe who talk about a “Seamless Garment” are consistent only in siding with opportunists like Mr. Biden. They never seem to actually help anyone at all, except themselves. They exercise what I dubbed some years back the “preferential option for myself.”