Part two of a six-part series. 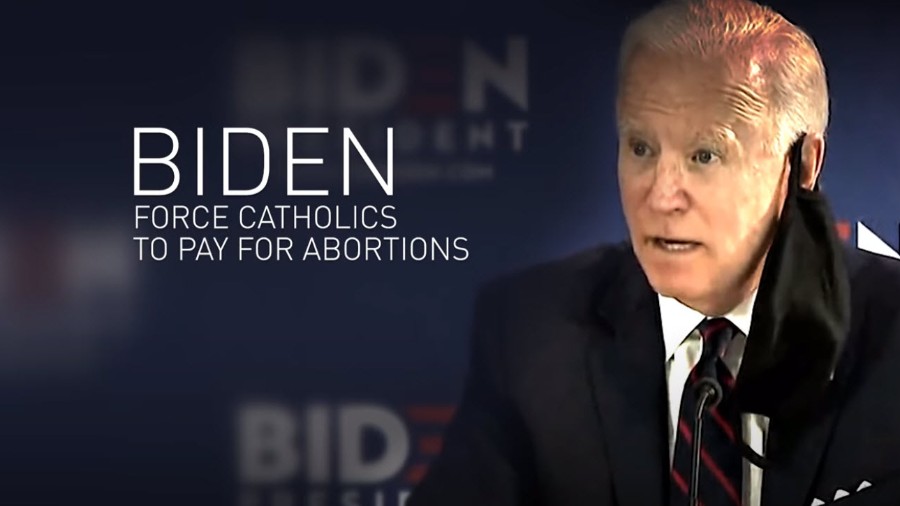 In our last column we promised a series examining in detail the two presidential candidates on 47 issues raised by the U.S. Catholic bishops. The bishops offered a convoluted, virtually unreadable handbook for U.S. voters. It promised public policy standards based on Catholic social teaching. Based on this document, some Catholic commentators compiled an official-looking “Catholic Voters Guide.” We find it deeply misleading, and have chosen to answer in detail.

Before we do that, however, we must face facts. The bishops’ own grasp on Catholic moral teaching is shaky and compromised.

Who Pays the Pipers?

For one thing, forty percent of the bishops’ own income depends on federal contracts with the U.S. government. That means that almost half the bishops’ activity, by law, is entirely secular. The bishops have an existential institutional interest in convincing themselves and others that the federal government is the answer to any given problem. If the feds devolved their programs to state or local agencies, or to the private sector? The U.S. church would go quite literally broke.

Dear Reader: Let’s say we asked you to carefully scrutinize how much of your own work were really essential to your employer. The goal? To help it cut your salary as part of trimming costs. Would you really trust yourself to be honest? Sorry, but turn it around, and we wouldn’t trust ourselves. Man is fallen. That includes bishops, and their well-paid D.C.-based staffers.

The U.S. Catholic Conference has been part of the D.C. swamp since the New Deal, and expanded vastly during the Great Society. Its staffers live, move, and have their being in a world that sees big government as the solution to virtually every problem. Indeed, Washington, D.C. is a vast factory producing ever larger government, convincing itself and voters that we need it.

The Collapse of Catholic Moral Reasoning

Since the Second Vatican Council, many in the Catholic Church have loosened their attachment to natural law and Church Tradition. They’ve instead opened themselves to utilitarian, sentimental, or Utopian modes of secular moral reasoning, shoddily relabeled as “Catholic.” In Jacques Maritain’s words, they’ve learned to “kneel before the World.”

As we argued last time, abortion alone should make a Christian unwilling to vote for Biden, period.

With all this in mind, let’s proceed through the 47 issue-checklist which liberal Catholics derived from the bishops’ guidelines. We’ll evaluate Joe Biden’s or Donald Trump’s stances on these issues by the classical tenets of natural law and Catholic social teaching — not the U.S. bishops’ or Pope Francis’ latest updates thereof.

The contrast here is stark. Donald Trump has moved from a pro-choice to a pro-life stance. He has picked judges and enacted policies that “walk the talk.” All major pro-life groups have endorsed him or his views. None seem worried that he is reluctant or insincere on the issue. Biden by contrast has embraced the ever more extreme positions of the Democratic Party, which now opposes any protection of unborn life for any reason, even up through birth. Biden now favors taxpayer funding of abortion. As we argued previously, this issue alone should make a Christian unwilling to vote for Biden, period. But other reasons in theory could make Trump objectionable too, so we can’t end our series here.

On this issue, the “Catholic Voter Guide” claims that Joe Biden aligns with core Christian doctrine that rejects suicide, assisted or not. That surprised us, so we clicked on the link the authors rely on to claim that. They refer to a single statement by Joe Biden 20 years ago. Back then he also still opposed same-sex marriage, federal funding of abortion, and many other Democratic stances of 2020. However, Joe Biden’s party has come a long way since then. His home state of Delaware is now considering the “End of Life Options Act.” That’s an assisted suicide bill sponsored by Democrats. Biden has not spoken against it. It seems likely to pass.

Look at nations such as Belgium and The Netherlands. Once the state opens the door to assisted suicide, abuses come rushing through. The practice quickly leads to widespread and often involuntary euthanasia of the old, the sick, and the handicapped.

President Trump has not been vocal on this issue, but his judicial appointments have generally opposed assisted suicide. Trump appointee to the Supreme Court Neil Gorsuch is an outspoken critic of the practice, even authoring a book on the subject. That said, there is more Trump could do on this issue. For instance, he could support those in Congress who wish to use its power to override the assisted suicide legislation passed by Democrats on the Washington, D.C. City Council.

On these issues, the “Catholic Voter Guide” admits that Joe Biden’s stance is completely at odds with Christian doctrine. Biden voted yes on a 2007 bill vetoed by President Bush that would have let embryonic Americans be used as lab rats in vaccines, and be cannibalized for parts. Donald Trump, by contrast, in 2019 directed the National Institutes for Health to stop fetal tissue research using the bodies of children from abortions.

Will Trump stand firm in rejecting the use of any COVID vaccine, however politically convenient for him, that’s created using aborted Americans? This is an issue where public pressure by pro-lifers would be helpful. The fear of death is a powerful motivator, and the media have whipped up Americans into a state of panic over this virus. It would be all too easy for scared citizens to look past the profound evil here. Several pharmaceutical companies are developing vaccines that don’t rely on dead children’s bodies. The Trump administration ought to be clearer that it will only promote those vaccines as possible preventatives for this deadly virus.

Only 44 More Issues to Go

We will continue in our next column, addressing the Biden/Trump contrast on issues of national security, war and peace.

This is part of a six part series. To read Part One click here. For Part Three click here.