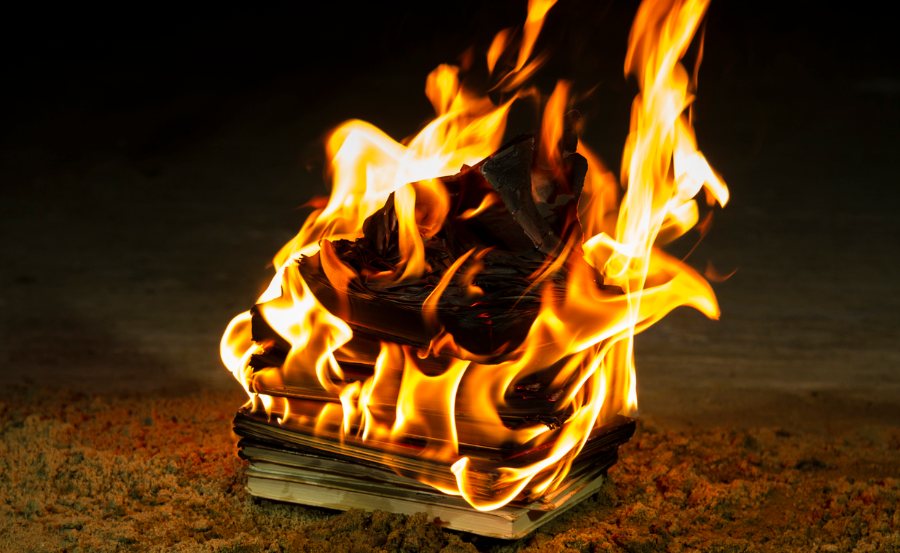 On July 5, 2019, I posted an article titled, “Will Amazon Ban the Bible Next?” That’s because Amazon had removed the books of Dr. Joseph Nicolosi, the psychologist whom critics have dubbed “the father of conversion therapy.” In other words, for claiming that sexual orientation is not innate and immutable and for claiming that change is possible, Dr. Nicolosi’s books must be banned.

This led to a logical question: Will Amazon ban the Bible next?

As I wrote, “After all, it is the Bible that condemns same-sex relationships and the Bible that speaks of those who once practiced homosexuality but do so no more (see 1 Corinthians 6:9-11). These people today would be known as ‘ex-gays.’ And it was Dr. Nicolosi’s life work to help people with unwanted same-sex attractions.”

“Why, then,” I asked, “should Amazon ban his books but continue to sell the Bible, which provides the theological underpinnings for Dr. Nicolosi’s scientific work?”

Amazon Silences the Voices of People Whose Lives Have Changed

Since then, Amazon has removed books by other ex-gay authors, meaning that, if you used to be same-sex attracted and no longer are, Amazon will not let you tell your story. You are banned. Banished. Purged. Cancelled.

It doesn’t matter if Jesus changed your life. It doesn’t matter if you received help through professional counseling. You must be silenced. (For the question of why ex-gays — and ex-trans individuals — are considered such a threat, see here. For a powerful, edifying, documentary, see here.)

Since then, Amazon has removed books by other ex-gay authors, meaning that, if you used to be same-sex attracted and no longer are, Amazon will not let you tell your story.

Now, Amazon has gone one step further in removing the important book by Ryan Anderson, When Harry Became Sally: Responding to the Transgender Moment. (No sooner did I write this than Apple joined in the ban.)

This is nothing less than a war on free speech, a war on science-based, differing viewpoints, a war on truth. As Mollie Hemmingway commented, “Our tech overlords are engaged in a type of digital book burning for thoughtful and important works produced by their most effective political opponents … it’s horrible for it to happen anywhere, but appalling that this is happening in this country.”

Who is Ryan Anderson?

For those who are unfamiliar with Anderson’s credentials, here’s a tiny sampling from his Amazon author page:

He is the President of the Ethics and Public Policy Center, and the Founding Editor of Public Discourse, which is the online journal of the Witherspoon Institute of Princeton, New Jersey.

He earned his Ph.D. in political philosophy from the University of Notre Dame, and his research has been cited by two U.S. Supreme Court justices in two Supreme Court cases.

And that’s just the start. His credentials are impeccable, and his book is well-researched, fair and Christian based. In other words, it is not a hate-filled screed, nor an arrogant, bashing book, nor a litany of unsupported lies.

Instead, his work is solid and sound, and if you differ with his conclusions and data, you must do so with solid research of your own. His book cannot be easily dismissed.

Yet because Anderson dares to challenge standard trans-activist talking points, his book must be removed.

Not surprisingly, Kelly R. Novak’s response book, Let Harry Become Sally: Responding to the Anti-Transgender Moment (with a rating of just 1.9 stars and only 27 total ratings), is still available on Amazon.

One reader, who wanted to give Novak’s book zero stars, wrote:

I was excited to read more about the research behind the trans perspective from someone who allegedly has published in the scientific field before. I didn’t even make it past the preface before I clicked on a citation I was interested in learning more about and – it’s empty. As is the next. And three more after that. So I checked, and out of 285 citations, 228 of them cite such esteemed sources as Wikipedia, Twitter (I wish I was kidding), HuffPost, Medium, various OpEd pieces, and the opinions of the author, herself. 20 of them are empty altogether. At least 10 of them (after a quick skim) are repeats.

The review was titled, quite appropriately, it seems, “The loch ness monster is better researched than this book is.”

Yet Anderson’s book, which, to repeat, is based on solid, scientific research, has been pulled, despite the fact that it debuted on the Washington Post’s bestseller list for Paperback Non-Fiction at #3 in August of 2018.

Thankfully, the book is still available for now on Barnes and Noble, but as Anderson tweeted, “While you can’t buy the book on Amazon, you can still get it (for now?) at Barnes and Noble. Given the aggressive push on trans policies coming from the Biden admin, now is a great time to read it. Buy it before you no longer can.” (For the dangerous direction the Biden administration is taking regarding radical transgender activism, see here, here and here.)

As an author myself, I have often pointed readers to Amazon to post their reviews, knowing how much traffic the site receives. And I’ve been told by my publishers that bookstores and other vendors calculate how many books they should initially order based on Amazon’s first week of sales of a new title.

So, working with Amazon has been important for me as the author of more than 40 books, and the author pages they provide have been very helpful to others as well.

As a consumer, I have also enjoyed Amazon’s excellent customer service for many years now, also appreciating the wide range of products they provide.

But if they do not want to alienate their customer base any further, they really need to do some serious soul searching. After all, if they can justify selling all kinds of pornographic LGBT books and even lingerie for cross-dressers, they can surely justify the sale of an academically-based book that factually addresses the question of transgender identity.

Should they continue to engage in digital book burning, Amazon’s empire might one day collapse.