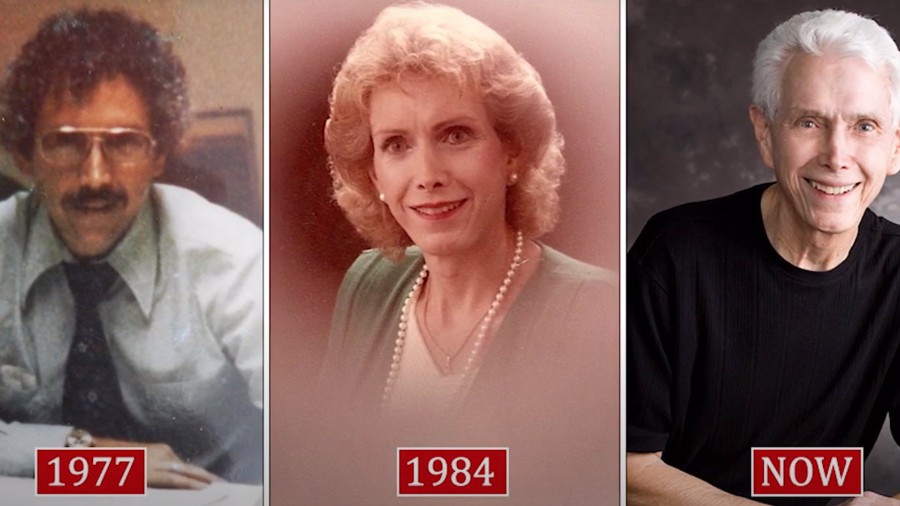 Why is Facebook now removing content of people who declare that change is possible? That they found freedom from unwanted same-sex attraction or gender-identity confusion? Pictured: A screenshot from the trailer of In His Image shows Walt Heyer, who formerly identified as a woman, in three stages of his life.

What is it that makes the very existence of ex-gays so dangerous? And why is there a concerted, worldwide effort to block professional counseling for those with unwanted same-sex attractions?

Before you think I’m exaggerating, consider these following examples.

In England, Barclays Bank announced it was closing the account of a Christian charity after protest from LGBTQ activists. The charity, Core Issues Trust (CIT), was accused of practicing “conversion therapy.” CIT said that “Barclays informed them that their bank account will be terminated by September. CIT claimed that the move came after pressure from an LGBT social media campaign that targetted the group for allegedly practising ‘conversion therapy’.”

On the social media front, it is now reported that, “Facebook and its photo platform Instagram are banning any content advertising or promoting treatment to overcome unwanted same-sex attraction.”

According to Facebook spokeswoman Stephanie Otway, “This is a global policy. The policy is still under development, but for now it will be applied to content that promotes conversion therapy when we become aware of it.”

Ex-gay colleagues have already informed me that their content is being removed from Facebook and their pages are being shut down, simply for stating that change is possible.

Ex-gay colleagues have already informed me that their content is being removed from Facebook and their pages are being shut down, simply for stating that change is possible.

Last year, Amazon stopped selling books by respected therapists like Dr. Joseph Nicolosi as part of their ban on “conversion therapy” books. This year, Amazon refused to allow Regnery Books, one of the largest conservative publishers, to buy ads for their new book by journalist Abigail Shrier, Irreversible Damage: The Transgender Craze Seducing Our Daughters.

UN Expert Calls for a Global Ban on “Conversion Therapy”

As posted on the official website of the Office of the High Commissioner of the United Nations Human Rights organization, “Practices known as ‘conversion therapy’ inflict severe pain and suffering on lesbian, gay, bisexual, trans and gender-diverse (LGBT) persons, often resulting in long-lasting psychological and physical damage, a UN expert told the Human Rights Council while calling for a global ban.”

Yes, you read that correctly. This UN expert is calling for a global ban of so-called “conversion therapy.”

And what, exactly, is this dangerous therapy?

According to Victor Madrigal-Borloz, “the Independent Expert on protection against violence and discrimination based on sexual orientation and gender identity … conversion is attempted through beatings, rape, electrocution, forced medication, isolation and confinement, forced nudity, verbal offense and humiliation and other acts of physical, psychological, and sexual abuse.”

He said, “These interventions exclusively target LGBT persons with the specific aim of interfering in their personal integrity and autonomy because their sexual orientation or gender identity do not fall under what is perceived by certain persons as a desirable norm. They are inherently degrading and discriminatory and rooted in the belief that LGBT persons are somehow inferior, and that they must at any cost modify their orientation or identity to remedy that supposed inferiority.”

This sounds pretty horrible, right? No wonder the Christian charity in England is having its bank account shut down. No wonder Facebook and Instagram are blocking posts advocating these torturous practices. No wonder the UN is calling for a ban.

There’s only one problem.

This is a myth. It is a creation of the left. It is a bogey man, manufactured out of thin air, meant to discredit fine organizations and ministries which simply say, “If you are unhappy with your same-sex attractions or gender-identity confusion, we’re here to talk with you and help.”

Nothing is forced or coerced. No one is being beaten. Or raped. Or electrocuted. Or isolated. Or confined. Or forced to take medication. Or stripped naked. Or subjected to “verbal offense and humiliation and other acts of physical, psychological, and sexual abuse.” God forbid!

There is not a person I know on the planet who would affirm such abusive practices, and if they do exist, they have no connection at all to organizations like CIT and others.

Instead, professional counselors and ministry leaders, many of them ex-gay or ex-trans themselves, are offering prayer, support, and talk therapy to those that request it.

You say, “But I’ve heard horror stories of kids taken against their own will and isolated and tortured in an attempt to drive the gay out of them. It is child abuse of the worst kind.”

If such stories were true, I would agree with you wholeheartedly. That would be downright wicked, and all people of conscience should denounce such horrific practices. And to the extent such a thing has taken place or still takes place, I will work side-by-side with you to help eradicate it.

The reality, however, is that many of these stories are not true at all. And certainly, there is not a single, recognized ex-gay ministry or organization in the world that would sanction any of the horrific practices listed here.

Why the Extreme Reaction?

Why, then, should they be banned by the UN, by social media, and by other countries when all they do is offer counseling and prayer to those who request it? What is their crime? Why the extreme reaction, to the point of removing their content on social media and shutting down their bank accounts? Why accuse them of practicing “conversion therapy” (allegedly replete with horrible practices) when that is not who they are or what they do?

You say, “I have gay and trans friends who told me how damaging it was to receive this kind of counseling and prayer when they were adults. They were told this would help them change their sexual orientation or gender identity, but in the end, it did far more harm than good. Worse still, it made them feel like there was something wrong with being gay or trans when, in fact, this is how God made them.”

Maybe they weren’t helped at all. Maybe they were actually hurt. The same can be said for countless people who tried everything from new diets to spiritual fads to life coaches to psychiatrists. They report negative outcomes rather than positive outcomes.

But I can also point you to countless thousands who have been helped. Who have improved the quality of their lives. Who are happier and more content. Who have resolved deep inner conflicts. Who have found gender wholeness (without surgery or lifelong hormones). Who have even seen changes in their sexual orientation.

Why Don’t the Stories of People Who Once Identified as LGBT Count?

Why don’t their stories count? And what about those people who believe that God did not make them gay or trans? Do not their beliefs or convictions count?

Yet if someone says, “I would rather not take hormones for life and remove perfectly healthy organs in order to feel at home in my body. Instead, I would prefer finding wholeness from the inside out, and I’d like to meet with a professionally trained counselor,” they will be told that such counseling is forbidden.

This is both criminal and cruel, and people of conscience around the world need to raise their voices in support of freedom of choice. (Shall I mention here the secular therapists who believe that sexual orientation is often quite fluid?)

The Restored Hope Network has posted this Call to Action, offering many practical steps you can take. And you can do what I’ve done on social media, specifically, challenging the ban and asking for people to post their testimonies of change. (See here for a Facebook post that, thankfully, has not been taken down. Some of the testimonies are very powerful.)

As for the questions I asked at the outset of this article, the answers are simple. People who are ex-gay and ex-trans are a threat to the whole “born that way” argument, the argument that says that gay (or trans) is the new black. By undermining that, we undermine the movement.

And that’s why it is such a threat.

(To watch an important August 1 online event, offering a sneak preview of a powerful new documentary called In His Image, addressing these very issues with biblical clarity and life-changing stories, go here.)