Will January 6 Be the New July 4 for Our Descendants? 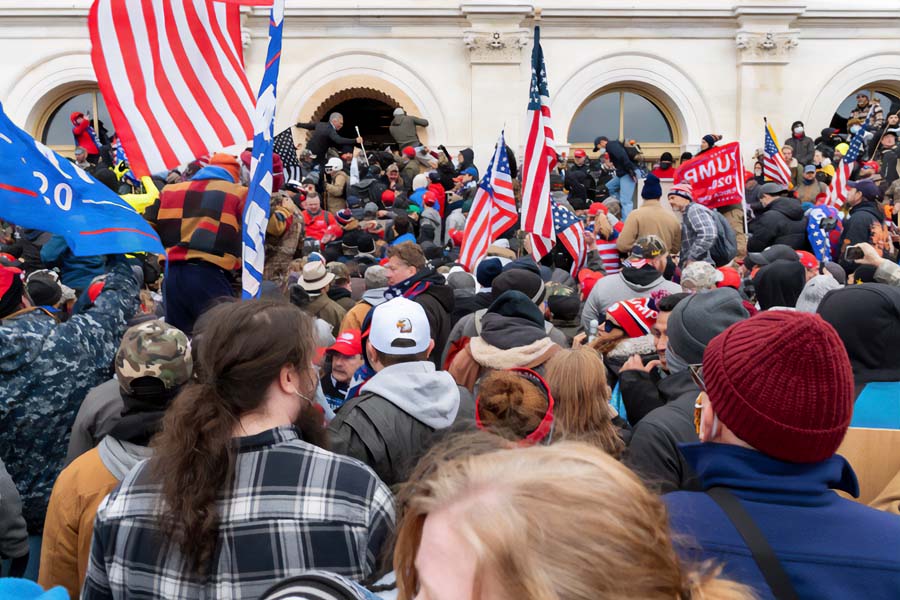 On December 16, 1773, a small group of radicals in Boston broke the law. By dumping British tea into Boston Harbor, they defied the will of their long-standing government, violated property rights, and provoked a savage reaction by their rulers.

Far more than Tories condemned them. Moderates in 13 colonies backed away from the radical actions of an “extremist” anti-government group which had aggressively flouted the rule of law in the name of “liberty.”

Their motive? To stop the “tyrannical” British East India Company from imposing the kind of slavery on the Colonies that it had already imposed across India. The impact of this attack? A new set of harshly coercive laws imposed by the British Parliament.

On April 24, 1916, a small group of radicals in Dublin committed treason. Using weapons smuggled from a Germany then at war with Great Britain, they tried to take over Dublin. Their motive? To stop Irish soldiers fighting for Britain in World War I, and proclaim an Irish Republic after hundreds of years of occupation. Protestants and Catholics, loyalists and nationalists alike denounced this assault on the public authorities, which was doomed from the start.

As “Brittania’s Huns with their long-range guns” dragged the Irish Republicans to prison, civilians booed and spat on them from their windows. The impact of this attack? Mass arrests, a setback for moderates seeking more local autonomy for Ireland, and a wave of firing squads that wiped out the rebellion’s leaders.

On January 6, 2021, a tiny percentage of the hundreds of thousands of Trump supporters who gathered at the U.S. Capitol to protest a stolen election entered the building — many of them unaware that entry was forbidden. A few dozen of those behaved aggressively, barging through locked doors or trespassing in congressmen’s offices. Several committed vandalism.

Because of this intrusion, efforts to question dubious electors sent from fraud-friendly U.S. states were totally stymied, and the few members of Congress who’d backed election challenges furiously backtracked.

The whole of the mainstream media and most conservative outlets harshly condemned the protest, calling it an “insurrection” and comparing it to the 9/11 terror attacks and Japan’s attack at Pearl Harbor. (The Stream was an exception. Here’s what I wrote on January 7.)

The impact of the attack? Mass arrests, a witch hunt in Congress, and mass surveillance and harassment of thousands of conservatives. And the imprisonment in cruel conditions, followed by the politicized prosecution, of hundreds of non-violent American citizens.

What happened next, in each of these cases?

In 1773, the revenge of the British Parliament turned out to be so harsh that it radicalized patriots in all 13 colonies, and made the American Revolution virtually inevitable. Each new act of British coercion vindicated the claims of those who warned that London intended to subject its American colonists to “tyranny.” Within two years, a Continental Congress was discussing independence, and local militias were gathering ammunition and cannons.

In 1916, the harshness of the British crackdown, and the decision to put Irish rebels up in front of firing squads, turned the Irish people finally against their British overlords. Suddenly, the men whom the Dublin crowd had spat on appeared as martyrs and heroes. By 1922, Great Britain was forced to offer Ireland independence.

Will Anarcho-Tyranny Work, as it Did for Hitler?

What will come of the civil disobedience committed on January 6, 2021? Will the demonization, the hysterical claims and outlandishly cruel prosecutions of non-violent protesters succeed in totally silencing populist conservatives, and critics of election fraud? Will Anarcho-Tyranny work? That’s the tactic of a government using street violence against its enemies, then savagely prosecuting those (like Kyle Rittenhouse and Jake Gardner) who prove rash enough to defend themselves. It’s a page from the Nazi playbook that today’s vicious elites, from the FBI to Antifa, have torn out and made their Creed. We should just put “Anarcho-Tyranny” on our money, to replace “In God We Trust.”

We should just put “Anarcho-Tyranny” on our money, to replace “In God We Trust.”

People aren’t blind. They could see that the George Floyd rioters who trashed two dozen cities and killed a dozen Americans went almost uninvestigated, much less punished. They saw Kamala Harris, then candidate for vice president, praise and encourage the riots. They heard Michelle Obama threaten the country that violence would only get worse, unless we elected Joe Biden. Anyone who paid attention would also have noticed that in the George Floyd case the system worked: the offending police officers were removed from duty, quickly prosecuted, and convicted. So what exactly were the rioters demanding?

They were demanding power, power over the streets, the power to beat and intimidate their political opponents. Free rein to smash store windows and take whatever they wanted. And massive cuts to police budgets in already crime-ridden cities — which wherever they were enacted resulted in higher murder rates, especially among non-white citizens.

Better Off in GITMO

Nor are all Americans blind to the lawless, massively disproportionate treatment of January 6 protestors, compared to George Floyd rioters. Read the reporting of the courageous journalist Glenn Greenwald, himself a gay Progressive, who chronicles the appalling and un-American treatment of these dissidents, and our media’s lies about them. Read the petition of January 6 protestors begging to be transferred to Guantanamo Bay, so they can experience the much more humane conditions our government offers rapists and terrorists from ISIS.

Or watch my interview with non-violent journalist Nicholas Ochs, conducted just before he reported for a four-year prison sentence for filming his fellow protestors inside the U.S. Capitol.

These voices will not be silenced. Leaders will emerge who will champion their cause. Indeed, a politician’s stance on January 6 and its aftermath must become the new litmus test for patriots and conservatives. No leader who will not demand equal treatment under law for his constituents has any place in government. Our fathers didn’t fight at Lexington and Concord, at Normandy and Inchon, for stolen elections and lawless, Cuban-style repression. We are the heirs of Patrick Henry, not Benedict Arnold.

Those Stout-Hearted Men, But Few

The Iron Fist failed in Boston, it failed in Dublin, and it will fail in Washington. Our elites have sown the wind, and will reap only the whirlwind. If our nation has any future, its bards will celebrate the freedom fighters, not the fascists … in songs like this one that marks the Easter Rising, “The Foggy Dew.”

But the bravest fell, and the Requiem bell
rang mournfully and clear.
For those who died that Eastertide
in the springing of the year.
And the world did gaze, in deep amaze,
at those stout-hearted men, but few.
Who bore the fight that freedom’s light
might shine through the foggy dew.

Back to the glen I rode again
and my heart with grief was sore.
For I parted with those valiant men
whom I never would see more.
And to and fro in my dreams I will go
And I’d kneel and I’d pray for you,
For slavery fled, O glorious dead,
When you fell in the foggy dew.

Michelle Obama is America’s Winnie Mandela, a Cheerleader for Violent Insurrection and Anarcho-Tyranny