Michelle Obama is America’s Winnie Mandela, a Cheerleader for Violent Insurrection and Anarcho-Tyranny

She threatened Americans with death if they voted for Trump, then demanded Twitter silence him for fomenting "insurrection." 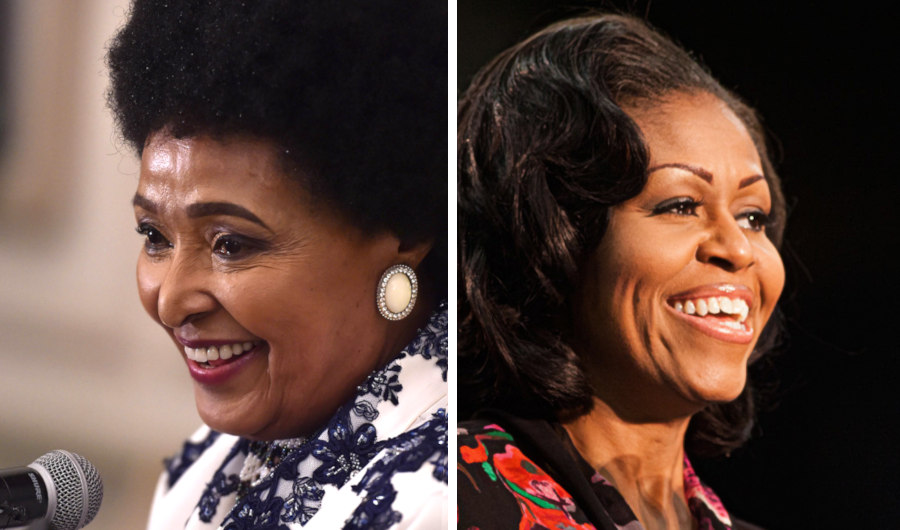 Remember that moment in the Republican National Convention of 2020 when one of Donald Trump’s campaign surrogates threatened American voters with violence, unless he was re-elected?

How about the time that Trump used the FBI to purge his political opponents from social media platforms, claiming that they were responsible for the wave of riots, killings, looting, and attacks on policemen for which George Floyd’s death served as a pretext?

Then Trump put the full weight of law enforcement into locking up his political opponents in solitary confinement without bail, and pressed for the harshest charges imaginable for “mostly peaceful” protests? Even as his allies shamelessly posted bail and hired lawyers for the Proud Boys and Oathkeepers …

Remember how Trump admitted that he’d always been ashamed to be an American, until the night it elected him as president?

Only Democrats Can Get Away with Acting Like Fascists

Don’t beat yourself up for having a poor recall of events. None of that actually happened, at least not among Donald Trump and the Republicans. If it had, Trump and his party would have rightly been called out as fascists, as intolerant and dangerously un-American ideologues who acted like thugs.

But every one of those outrages I listed above was committed by the Democrats, and Michelle Obama led the way. Now we find out from Elon Musk’s dump of Twitter’s secret files that Michelle Obama was one of the loudest, most effective voices demanding that Trump be silenced while still in the White House, allegedly for encouraging violent insurrection. Read Gateway Pundit for the full story of Mrs. Obama’s key role in gagging a sitting president.

Making such outrageous, entitled demands is hardly out of character for Mrs. Obama. Nor is acting in ways eerily evocative of Winnie Mandela, the firebrand wife of the much more irenic Nelson Mandela. While he pursued a peaceful end to apartheid, she publicly called for blacks to murder other blacks who didn’t follow the hardline violent policies she favored. As she famously said: “With our boxes of matches, and our necklaces, we shall liberate this country.” Such “necklaces” were rubber tires shoved over the heads of more moderate blacks, then set on fire to roast them to death. Even the African National Congress had to distance itself from Winnie.

But the Democratic Party holds onto Michelle like a fetish. She and her husband were welcomed like messiahs in 2008 and still glimmer as icons, despite such appalling facts as these:

That’s not quite a death threat, but close enough for government work.

Yet this is the woman who dared to demand that Twitter silence Donald Trump in the wake of January 6:

Now is the time for Silicon Valley companies to stop enabling this monstrous behavior — and go even further than they have already by permanently banning this man from their platforms and putting in place policies to prevent their technologies from being used by the nation’s leaders to fuel insurrection.

Some insurrections are more equal than others, apparently.

I’ve written here before about Anarcho-Tyranny, the squalid political tactic of scapegoating and oppressing political opponents, using mob violence one day, then brutally draconian law enforcement the next. The Nazis pioneered it, and it helped bring them to power.

Since the Democrats decided that the voters stabbed America in the back in November 2016 (a Nazi-style myth, of the kind Hitler peddled about November 1918), they have been using this Nazi tactic against the segment of the population which they consider subhuman: Conservatives, blue collar white folks, and Christians. You know, the half of America that the Former Joe Biden, in his “Darth Vader” speech, condemned as “semi-fascists.”

And so far this Nazi tactic is working like a charm. That’s partly because so many Vichy Republicans, from Mitch McConnell to Kevin McCarthy, from Liz Cheney to Rep. Dan Crenshaw, are happily collaborating.

We’re Already in a Civil War, But Only One Side Is Fighting