Will Diversity Be the Death of Us? It Was for David Amess, M.P. 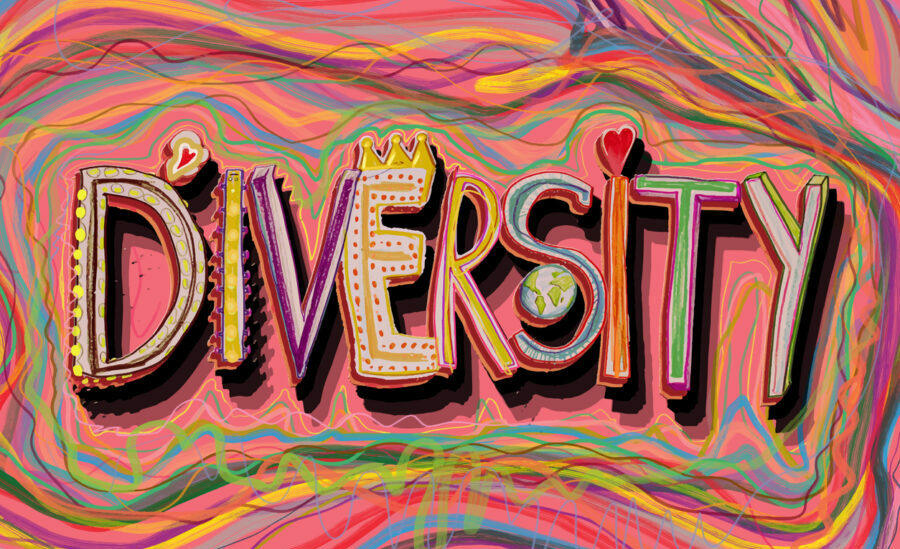 A good and courageous British lawmaker was murdered last week, by the son of a former official in the corrupt Somali government. Pro-life, Catholic Member of Parliament David Amess was meeting with his constituents at a local Methodist church. (Such meetings remain a hallowed institution of British democracy, with no U.S. equivalent.) That’s when Ali Harbi Ali, 25, stormed into the church and stabbed him 17 times. The Daily Mail (U.K.) reports:

The killer of Tory MP Sir David Amess planned the murderous assault more than a week in advance, security sources have told The Mail on Sunday.

As police continued to question a 25-year-old British man of Somalian descent last night, sources revealed that the attacker had booked an appointment at Sir David’s constituency surgery before stabbing the politician 17 times.

The suspect was named last night as Ali Harbi Ali, the son of a former communications adviser to the prime minister of Somalia. Harbi Ali Kullane, confirmed that his son was in police custody following the stabbing and said he was ‘traumatised’ by the arrest.

Killed in Church by a Muslim, the Catholic M.P. Was Denied the Last Sacraments

Amess was deprived of the last sacraments at the hands of a priest. A priest was on hand and willing, but police kept him away for unexplained “security” reasons. There’s much soul-searching now in the U.K. about both the killing, and the denial of the dying man’s religious rights. As Melanie McDonagh wrote at The Spectator (U.K.):

For a Catholic there is nothing, nothing, more important than being in a state of grace when you die and go to God. That means, ideally, receiving absolution for the sins of your life from a priest. It was precisely because of the nature of the scene – a potentially fatal stabbing – that a priest was necessary. It was because a man, known to be a Catholic, was facing death, that the priest should have been present. If the police had had been better briefed about the nature of the Catholic faith and the importance attached to the Last Rites, which sends a soul prepared into the next word, then they would have been doing their best to get Fr Jeffrey to the scene with all speed. As they should be if a priest turns up at any scene where there is a chance that someone will die.

Will British authorities get to the bottom of why Amess was deprived of religious rites routinely granted death-row murderers for centuries?

How Many Muslim Radicals Does a Country Really Need?

Just as urgently, will British educated opinion have the stomach to explore Harbi Ali’s motives? He was already known to authorities as a radicalized Muslim. But there are so many thousands like him in Britain, thanks to suicidal immigration policies. It would be impossible to keep all of them under close surveillance.

Why are they in Britain? Did Britain somehow need these people? So why did it import them? Do angry, intolerant Muslims have a right to move wherever they wish, imposing their cultures and grudges on other countries? Where does such a right come from? Certainly not from God. The Old Testament is full of warnings to the Jews not to flood their country with those of incompatible beliefs. Nor does the New Testament demand open, indiscriminate immigration. Must we Americans welcome strangers who oppose religious freedom, our founding creed?

Donald Trump tried to restrict immigration from countries with terrorism problems and no visa security. But the fact that so many such countries were Muslim was used by judges to cripple his order. Trump got accused of “racism” for acting on a perfectly reasonable security concern. Had Britain imposed such a policy over decades, Mr. Amess would be alive today, with his children and grandchildren.

Throughout Europe, angry, politicized subcultures of “Asian” (Muslim) immigrants have been spared close scrutiny for decades by authorities terrified by charges of “racism.” The large-scale sex-trafficking of native-born British girls by Pakistani gangs went on for six long years, in the teeth of repeated victim complaints. Race-guilt-haunted police took no action.

Islamic studies scholar Timothy Furnish has written here at The Stream of the outrageous double standard that benefits Muslim terrorists in Western countries. His last column came in the wake of a savage bow and arrow attack in Norway by a Muslim convert. By the time it appeared, the Amess attack had already happened in Britain. As Furnish wrote:

It seems as if I write columns much along these lines on a regular basis. (Here are the most relevant, in reverse chronological order. “Biden’s New Counterterrorism Strategy.” “The Boulder Blunder.” “White Supremacists Our Most Dangerous Threat?” “The Daft Bigotry of Woke Expectations about Islam.” “White Terrorists v. the Sultans of Slaughter.”) Those writings are full of citations, with links, showing that Muslims who take seriously the violent passages of the Qur’an, and attendant hadiths, are by far the most dangerous group of people in the world. [emphasis added]

Our Oligarchy in both parties — Woke Democrats and establishment Republicans — is eager to continue importing cheap labor and fragmenting the U.S. public. That makes us easier to rule. Compliant media suppress or fudge reports of Islamic-inspired terror. They hype or even invent “white nationalist” motives for crimes. For instance, both Kyle Rittenhouse and the late Jake Gardner, who killed in self-defense during the George Floyd riots, were falsely labeled “white nationalists” by media — based on zero evidence.

But attacks by Muslim immigrants or converts, conducted while the suspect was yelling “Allahu akbar!” are regularly attributed to “mental illness.” Or (my favorite phrase) “His motivations remain unknown.” Because reporters don’t want to know, and certainly don’t wish to tell us.

If you wish to have a country that maintains civilized customs, like members of Parliament meeting freely face to face with constituents, how many newcomers should you import from lands where politics amounts to tribal civil war? Like … Somalia.

The Bush and Obama administrations imported millions of Somalis from their desert land to states like Maine and Minnesota. In fact, they essentially brought in an entire congressional district, which duly elected anti-American radical Rep. Ilhan Omar. Has that wave of immigration benefited America? Are we allowed even to ask such questions anymore? When Donald Trump did, columnist Rod Dreher accused him of unleashing literal “demons” of racism, and compared him to violent Klansmen. With a Christian right like this, do we really need a left?

Or must we accept the claim that “diversity” itself is a vital good? That states like Maine and Minnesota aren’t “diverse enough,” and must be forcibly diversified by importing poorly educated desert jihadis to compete for vanishing low-skill jobs with the grandchildren of World War II veterans? Must we keep repeating “Our diversity is our strength!” until they are in fact our dying words?