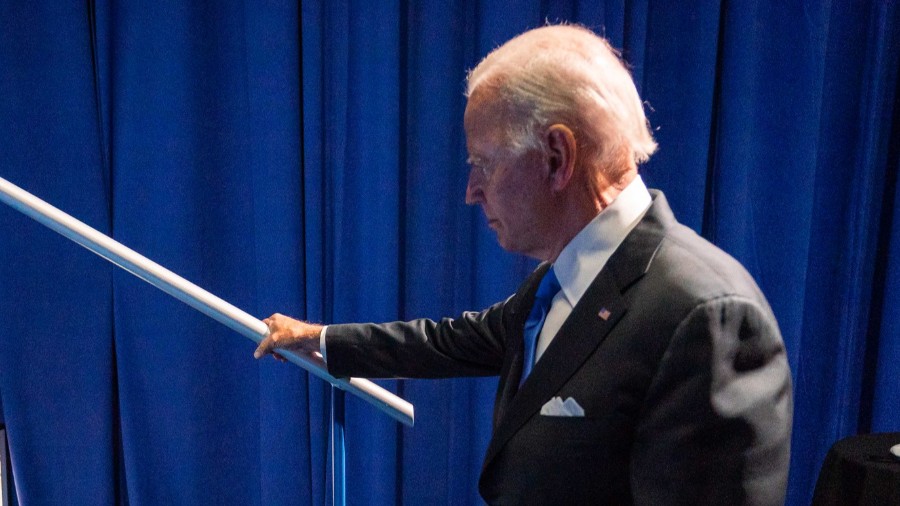 (Please note: I wrote this on December 11, 2020, during a one-week prayer retreat alone in Texas, but I have waited to release the article until now. With the storming of the Capitol on January 6th and the loss of Republican power in the Senate on January 5th, every line that now follows is now underscored.)

Like many of you reading this article, I voted for Donald Trump, which means I voted against Joe Biden. I have also written articles calling out the radical nature of the Democratic platform, drawing attention to Biden’s extreme, “transgender rights” position, and pointing to his continued shift to the left on abortion. And I have warned of the potential dangers of a Kamala Harris presidency.

Like many of you, I am deeply concerned about the direction America could be heading under a Biden-Harris administration, including potentially destructive dealings with China and Iran.

At the same time, I believe that the election of Joe Biden might be in the best interest of the Church of America.

Too Much Trust in a Man

How can I say such a thing?

Simply stated, it is because many of us Christian conservatives put too much trust in a man.  (If you didn’t, fine. I said “many of us,” not all of us.)

We were looking to a man to preserve our religious freedoms.

Looking to a man to overturn Roe v. Wade through the courts.

Looking to a man to fight our battles, to be our champion.

Looking to a man to push back against the evil agendas of the radical left.

Looking to a man to bring peace to the Middle East.

Such an attitude is never healthy, especially when that man is Donald Trump, a man who could be as abrasive and destructive as he could be winsome and uniting.

And when it seemed that Trump might be losing the election, we turned to God in fervent prayer and fasting. But it was not so much for revival in the church and mercy on America as much as it was for Trump’s victory, as if only a Trump victory stood between America’s freedom and America’ collapse.

As I recall, Jesus taught us to pray that the Lord’s name would be hallowed and that His kingdom would come and His will be done, rather than to pray for the election of a particular individual or the success of a particular party.

How could this be right?

What Four More Years May Have Meant

As things stand, I truly believe that four more years of Donald Trump would have led to greater spiritual complacency and even triumphalism, not to mention the vulgarizing of our own souls.

Four more years of Trump (for which I, too, voted) would have led to even greater trust in a man, only deepening our dangerous trend.

Four more years of Trump would have kept our focus on the government, as if the White House or Congress or the Supreme Court could slow the national hemorrhaging or stop our downward moral and spiritual slide.

“But,” you say, “a Biden-Harris presidency means more babies slaughtered. That alone tells me you are wrong. Surely God doesn’t want more innocent blood being shed.”

Certainly, I share your pro-life passion, and I fully understand the implications of a Biden-Harris administration when it comes to the unborn. Absolutely, 100 percent.

But let’s face the facts.

Babies were slaughtered at a horrific rate through the Republican presidencies of Ronald Reagan, George H. W. Bush, George W. Bush, and Donald Trump. That’s a total of 24 years and more than 22 million babies, which is far more babies than were aborted during the 16 years of the Democratic presidencies of Bill Clinton and Barack Obama.

At the same time, progress is being made every year in reducing the number of abortions through other legislative and grass roots efforts, all while we continue to press for the overturning of Roe v. Wade.

“But,” you say, “a Democratic victory now could mean the packing of the courts and the end of free and fair elections as we know it. We will never recover from this.”

You could be right, in which case, the situation is dire. On the other hand, now is the time to stand up boldly and exercise our faith. Why must we be so fatalistic?

The possibilities are indeed grave, but they are certainly not written in stone.

Personally, I do not believe most Americans will support the increasingly radical leftist agenda. In fact, it could be that the best thing that could happen to our country is for the radical left to show its real hand and for its fangs, so to say, to be exposed.

The more that BLM and Antifa terrorize our streets, the less popular they will be.

The more people see where a Green New Deal will lead (especially in their paychecks and freedoms), the less they will like it.

The more the Democrats seek to remake America, the more Americans will not want Democrats in power.

The more people realize that Big Tech is trying to rule their lives and the mainstream media is lying to them, the more they will resent this hostile takeover.

Getting Back to Gospel Basics

As for the Church, the more we realize that we cannot look to the White House or Congress to do our bidding, the more we will get back to gospel basics. And it is those basics alone that can save the nation.

To quote the words of the Psalms, “It is better to take refuge in the LORD than to trust in princes” (Psalm 118:9). And, “Do not put your trust in princes, in human beings, who cannot save” (Psalm 146:3). Today, we could substitute the word “presidents” for “princes.”

The truth is that, quite often in life, the worst things turn out to the best things. And as the saying goes, if it doesn’t kill you, it makes you stronger.

A Biden-Harris presidency will not come close to killing us. Didn’t Jesus say that the gates of Hades would not prevail over the Church, meaning the powers of death itself?

Instead, an adversarial presence in the White House could be the best thing that happened to the Church of America in years.

Maybe this is what it will take to wake us up. An awakened Church remains the hope of the nation.

It is that force alone — the force of the gospel lived out — that can change hearts. Then, people with changed hearts can reshape the government and the courts. Then we will have change that can last.