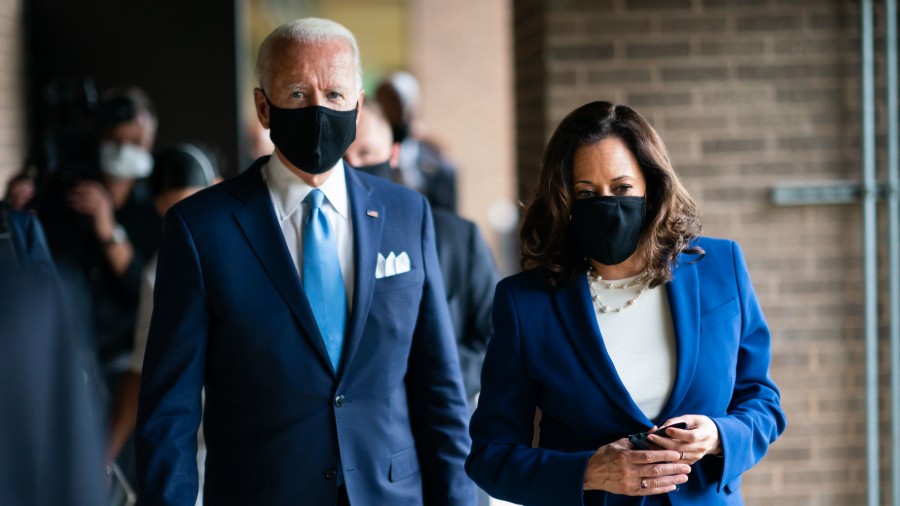 Although many of my friends with spiritual intuition remain confident that Donald Trump will be reelected, looking at things through natural eyes, his prospects are not good. What if Trump-Pence lost to Biden-Harris? What if Joseph Biden became our nation’s 46th president? What would that look like for conservative Americans?

On the one hand, it would not be the end of the world. The sun will still shine. Children will be born. Couples will get married. Students will be in class (be it virtual or in person). The business world will keep ticking. The sports world will play its games. Thanksgiving and Hanukkah and Christmas and the New Year will be celebrated on schedule.

To repeat: it would not be the end of the world.

What Would Be the Consequences?

As for serious fears and concerns, gun owners will not suddenly have all their weapons confiscated. Church buildings will not be shuttered by the government. Roaming gangs will not take over all our cities and suburbs. Planes will not fall from the sky.

After all, God remains God in heaven, and He has not yet given us over to total chaos and destruction. Plus, there are multiplied tens of millions of Americans (the clear majority, I would say), who want what is best for our nation.

But let us not kid ourselves. A Biden-Harris victory would likely have many serious consequences for Christian conservatives (along with their ideological companions in other faiths). Things could get much darker, very quickly.

Will the Legality of Abortion Go Back to the States? Or Become Codified in Federal Law?

Decades of hard work and sacrifice and tears are making a difference, as different states advance pro-life bills and the overturning of Roe v. Wade appears to be a real possibility. (For the perspective of a front-line pro-lifer, go here.)

With the likely confirmation of Amy Coney Barrett, the next case challenging Roe could result in a major pushback. And then, suddenly, abortion laws could fall back to the states, with massive potential gains in the sanctity of life.

This, in fact, was a major reason many of us voted for Trump in 2016, hoping he would keep his pro-life promises and nominate worthy judges to the courts. He has just done that, and four more years of Trump could signal even more significant gains.

Biden has announced that he would pass legislation making Roe the law of the land, while Harris is the most militant pro-abortion candidate in our history.

Yet all of that could be undone in a moment of time. Biden has announced that he would pass legislation making Roe the law of the land, while Harris is the most militant pro-abortion candidate in our history. (For my written response to “pro-life” evangelicals for Biden, see here; for my video response, see here.)

Should the Democrats retake the Senate, such legislation could be passed, and just like that, decades of pro-life legal efforts would be obliterated. There is also the ominous possibility of “packing” the Supreme Court, a possibility that, remarkably, neither Biden nor Harris will deny. This would have even larger implications, touching also on our most fundamental freedoms, our freedoms of conscience, speech and religion.

Under Trump-Pence the DOJ is Protecting Religious Liberty. But Under Biden-Harris?

During the COVID lockdown, we have seen the extreme inequities in certain Democratic cities and states, where abortion clinics and liquor stores remain open, providing so-called “essential services,” while churches and synagogues remain restricted. Yet outrageous rulings like this — they truly are outrageous — would have increasing court backing with a Biden-Harris victory.

In California, you can protest on the streets in large numbers, but you can’t hold a group Bible study in your home. You can shout at a BLM rally, but you can’t sing in a church service. In Nevada, you can operate a casino at 50 percent capacity, but if your church building seats 3,000 people, you can’t have more than 50 in attendance.

Our freedoms really are under assault, and under Trump, the DOJ is pushing back. Under Biden-Harris, the pushback would be in the opposite direction — against the churches, not for them.

When Kamala Harris was the Attorney General of California, she joined with Planned Parenthood in prosecuting (really, persecuting) David Daleiden, founder of the pro-life Center for Medical Progress. His work came to national attention when he posted undercover videos confirming that Planned Parenthood clinics were selling aborted baby parts for profit.

But rather than going after Planned Parenthood for its barbaric practices, Harris went after Daleiden, authorizing a raid on his house in order to confiscate the video evidence.

Does that give a hint of where a Biden-Harris administration would go?

Under the Obama-Biden administration, a state that refused to allow a biological male to play on the girls’ sports team or share their bathroom and locker room facilities would lose federal funding for its schools. There was so much resistance to this policy that, in July, 2016, Politico reported that “half of all states are now battling the [Obama] administration over the culturally divisive issue of transgender students and whether they should be permitted to use the restrooms of their choice. The growing number of lawsuits makes it all but inevitable the transgender rights issue will make its way to the Supreme Court.”

The Trump administration undid this onerous and discriminatory policy, rendering these lawsuits unnecessary. In stark contrast, candidate Biden tweeted this early this year: “Let’s be clear: Transgender equality is the civil rights issue of our time. There is no room for compromise when it comes to basic human rights.”

As nice as this sounds, it means trampling on the rights of millions of others, in particular students in our schools. And with a Democratic Congress and a packed Supreme Court, who will be there to stand up for our kids and grandkids?

Jesus is Lord Either Way, but the Stakes are High

Again, a Biden-Harris victory would not be the end of the world. There might even be a little less political drama, since the “chaos president” would have been removed.

But, as I tweeted on October 7, “It’s very true that @realDonaldTrump provokes a lot of the leftist attacks against him, be it from the media or Hollywood. But guess who their target will be when he’s not around to bash? All of us who hold to conservative biblical values.”

Thankfully, the election is still a few weeks out, and regardless of the outcome, Jesus is still Lord. It’s just important to realize that the stakes are very high (and I only focused on a few of them here). There is no hyperbole here.