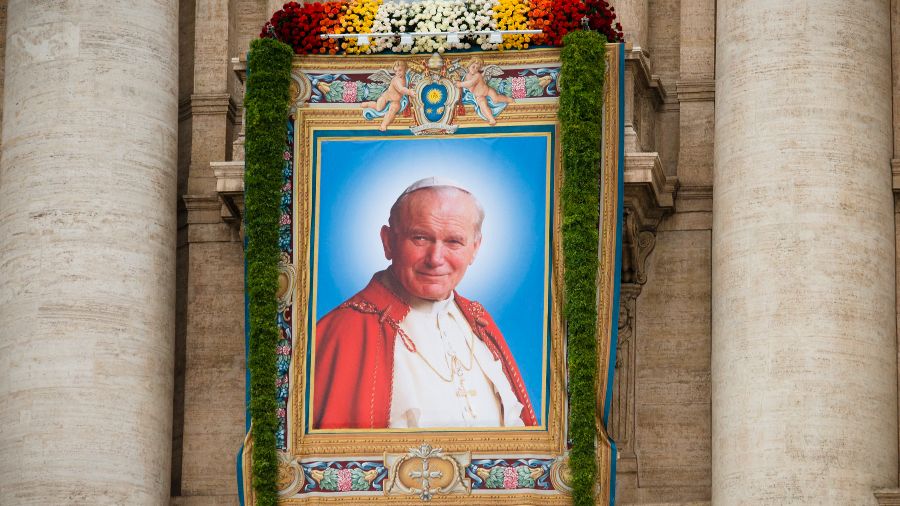 “This isn’t the language of passionate disagreement; this is hatred, pure and simple.”

That’s a quote from Jesuit at Large: Essays and Reviews by Paul Mankowski, S.J., the fantastic new collection of the late Father Paul Mankowski. He tragically passed away in 2020 at the age of 66. One obituary described him well: “A Jesuit priest of immense erudition,” the priest was “a linguist and literary critic, and an extraordinarily insightful analyst of the ills besetting the Church in his time. Fr. Mankowski was also an inveterate controversialist who combined Midwestern frankness with his keen intellect and profound learning to powerful effect.”

Fr. Mankowski is in full force in “Liberal Jesuits and the Late Pope,” an essay in Jesuit at Large that was originally published after the death of John Paul II in 2005. In it Fr. Mankowski unmasks the raw hatred that leftist Jesuit priests had for John Paul II. Fr. Mankowski describes the 1992 Saturday Night Live show where singer Sinead O’Connor tore up a picture of John Paul II and cried out, “Fight the real enemy!”

Most people who saw the incident, Fr. Mankowski writes, were shocked. “I wasn’t. I’m a Jesuit, you see.”

The Society of Wheezes

Fr. Mankowski then unflinchingly goes into detail about the burning apoplexy experienced by his fellow Jesuits when it came to the dynamic and orthodox pope. He recalls that after the attempted assassination of the pope, Jesuit priest Fr. Cyril Barrett said of failed assassin Mehmet Ali Agca, “The only thing wrong with that bloody Turk was the he couldn’t shoot straight!” The line was quoted in an official Jesuit magazine. 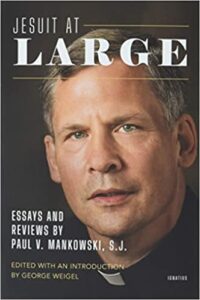 Mankowski heard fellow Jesuits pray that Wojtyla have an early death. Pope-hatred wasn’t (mostly) in the official documents or magazines or brochures for the schools run by Jesuits. Instead, the rejection of John Paul formed a system of “oblique rewards and punishments … the smiles and scowls of the men who count.”

An Infantile Fantasy, Followed by a Tantrum

Men’s hatred for the one who has been unjust to them is trifling compared to their hatred for the one they have treated unjustly; every reminder of him brings a fresh twinge of pain. Liberal-apostates know that their hatred is irrational, that they do the pope an injustice in pretending he is free to un-pope himself by altering the deposit of faith. The dreams that progressivists surfaced during Paul VI’s pontificate — of a congregational, sexually emancipated, anti-sacral liberal Jesuits and ‘picnic’ Catholicism — were frankly infantile … . Not all Jesuits got smitten by this vision, but the majority did, and was stunned when Wojtyla failed to act out its fantasy. Many left the Society to seethe outside it; others remain, and seethe within.

He concludes: “Viewed from within this culture of Jesuitry, Sinead’s pontiff-shredding was almost sacramental: an outward sign of an interior reality.”

In 2005 I published my own critique of the modern day Jesuits, God and Man at Georgetown Prep. It detailed the problems with the Jesuits, some of which I experienced as a student at the Jesuit high school in the early 1980s. In 2006 I got a call from a Washington Post reporter doing a story on sex abuse and the Jesuits. I tried to tip her off to the problem, but I was ignored.

God and Man at Georgetown Prep gained notoriety in 2018 during my ensnarement in the Brett Kavanaugh confirmation hearing. Activists — both political and in the media — cited the book’s description of drinking, hooking up and silly slang as evidence of a party culture at the school. The press and politicians ignored the deeper meaning and research in the book. My argument was that a childish, sex-obsessed leftism had taken over the Jesuits in the 1960s, and that if not checked it threatened to cause great harm. The apostasy of the Jesuits would result in bad catechetics and, in a much more serious problem, kids possibly getting sexually abused.

The things I warned about in God and Man came true. In December 2018, just weeks after the end of the Kavanaugh battle, a report was released by the Jesuit Provincial of Maryland. The report reveals that 25 priests in the province had been accused of sexual abuse, including five who had taught at Georgetown Prep. One of the five had taught me as a Freshman. I won’t say his name, I’ll only note that it was not Bernie Ward, another teacher of mine who wound up in prison for trafficking in child pornography. There were others — a Jesuit who left the order, moved to San Francisco and moved in with a student. Or the guy who left the school shortly after trying to kiss me one day while I passed through a doorway.

There were also good and great Jesuits there, men who believed in and lived the gospels and the creed.

Those who were upset that I wrote God and Man at Georgetown Prep, and even those who think it was used against us during the Kavanaugh battle and resent me for it, need to have a serious examination of conscience. I was a screwball, I was trouble, I drank too much beer, I slept with girls. Yet somewhere in my smart but crazy adolescent psyche I knew I had been deprived of something — that I was missing the real spiritual nourishment. I was missing the tough, liberating credo of the truly countercultural Church and the vision of a John Paul II. The pope had fought both Nazis and communists, was a solid athletic, worked manual labor and called Christ “a shattering mystery.”

My soul knew what it wanted. It wasn’t the hateful, libertine Jesuits, the Church of What’s Happening Now, or the catechism of Sinead O’Connor.