What Christian Conservatives Need to Know About Mike Bloomberg 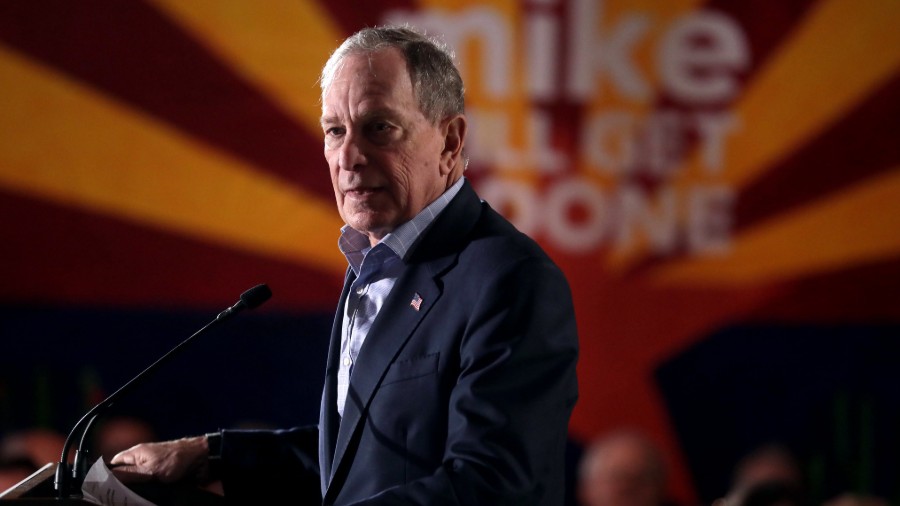 It is ironic that former New York City Mayor Mike Bloomberg is presenting himself as the balanced alternative to extreme socialists like Senator Bernie Sanders. In reality, when it comes to areas of great concern to Christian conservatives, Bloomberg has been anything but moderate.

As noted by Catholic activist Bill Donohue with references to his tenure as mayor, “on two key social issues — abortion and religious liberty — the presidential candidate was a total bomb.”

A “Radical” Pro-Abortion Politician Who Fought Against Religious Liberty

Donohue actually claims that “Bloomberg is one of the most radical pro-abortion politicians in American history.”

Among the former mayor’s accomplishments was this: “Bloomberg’s passion for abortion allowed him to appropriate $15 million from a civic facility revenue bond transaction that benefited Planned Parenthood.”

Would you want someone like this in the White House?

Lest you think these policies were a thing of the past, on Feb. 12 Bloomberg announced, “As president, I will fiercely protect a woman’s right to choose, and I will appoint judges who will defend that right.”

Pro-life Never Trumpers might want to reconsider their stance should Bloomberg become the Democratic nominee.

He also declared, “On my first day in office, I will reverse the damage President Trump has done to women’s rights and ensure that every woman has access to reproductive health care.”

To cite just one example, “The courts have long ruled that religious groups have a right to use public facilities, yet Bloomberg denied the right of an inner-city Christian church to hold religious services in a public school on Sundays, setting up a court challenge. He lost in federal district court in 2005, but his censorial effort was not lost on supporters of the Bronx Household of Faith.”

Is This Who You Want?

I ask once again: if you are a Christian conservative (or, simply a person who cherishes our fundamental freedoms), is this the kind of man you want in the White House?

My Stream colleague John Zmirak claimed that Bloomberg was “much more profoundly evil a person … than anyone ever imagined,” even calling him an “amoral monster.”

Another Stream colleague, Rachel Alexander, sampled some of Bloomberg’s derogatory comments about women and others.

Washington Examiner’s Timothy P. Carney drew attention to several of Bloomberg’s more severe statements that confirm this. He writes, “Mike Bloomberg once pointed to the in utero child of an employee and said ‘kill it, kill it,’ according to two witnesses.”

And this, according to Carney, is part of a larger, dangerous mindset:

Telling an expectant mother to kill her baby, mocking a new mother’s desire for quality child care, cursing whenever a female employee gets pregnant, and publicly denigrating marriage among professional women all reflect a clear and consistent mindset: The women who worked for him were worker bees. Their humanity, their fertility, their love, and their human attachments were all impediments to productivity. He saw these women as means to his ends of profit.

Let the reader look at Bloomberg’s more recent pro-abortion comments and decide whether this assessment is accurate.

Personally, what I’m sure about is what his policies have been and what he promises his policies will be. That is not the person I want leading our country.

What raises even more concerns is that Bloomberg presented himself as a champion of religious liberty as mayor. As David French noted in 2012, “At the same time that the mayor declared that ‘no neighborhood’ in New York was ‘off-limits to God’s love and mercy,’ he was enforcing a unique-in-the-nation policy that in fact declared New York City schools ‘off-limits’ to private religious use that includes worship.”

Yes, this was unique to New York.

As ADF attorney Jordan Lawrence explained, “By state law, the city opens its 1,200 schools on weeknights and weekends to community groups for any use ‘pertaining to the welfare of the community.’ The public schools allow thousands of organizations — scout troops, labor unions, arts groups, etc. — to hold meetings, concerts and recitals. They’ve even allowed ‘Law and Order’ to film in the schools.

“Why single out religious groups and churches, by prohibiting them from conducting worship services in vacant schools when students are gone?”

So, under Mayor Bloomberg, everyone else had the right to rent and use the city’s 1,200 school buildings. Except religious groups and churches. Why?

Is this the administration you want running America?